New plan is critical to guide future projects and funding 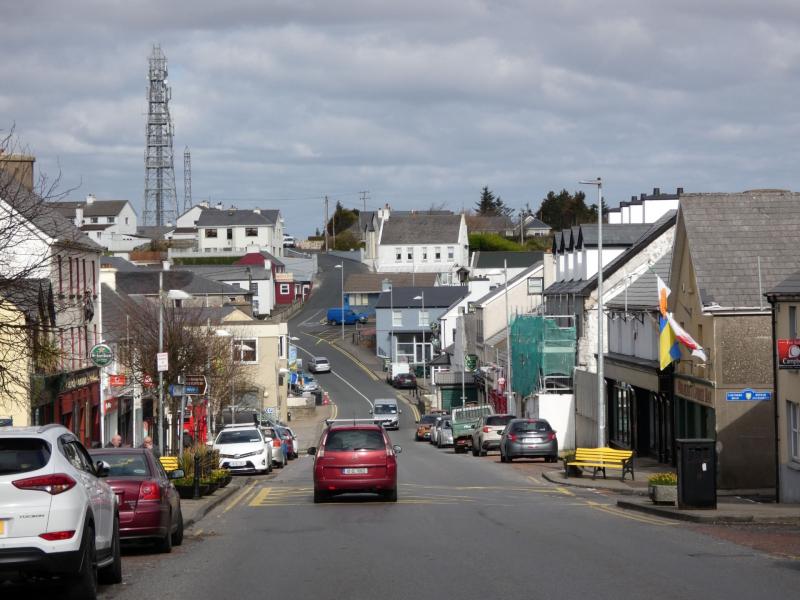 An ambitious and creative regeneration strategy and action plan for the capital of the Rosses has just been published.

The An Clochán Liath (Dungloe) Town Centre Regeneration Strategy and Action Plan identified a number of key actions for the town centre spread across four principle themes including a series of streetscape enhancements to Main Street; the conservation of the townscape character and the enhancement of town centre buildings; improved connections between Main Street, the bay and the river; the transformation of the waterfront and pier areas and improvements to gateways and signage.

A number of actions have been developed to the preliminary concept design stage such as the improvement of the junction of Main Street and Carnmore Road, the transformation of the waterfront area to a key waterside civic space, the re-imagining of Dungloe Bridge as a focal feature of the town centre, and the provision of enhanced play and recreational facilities. 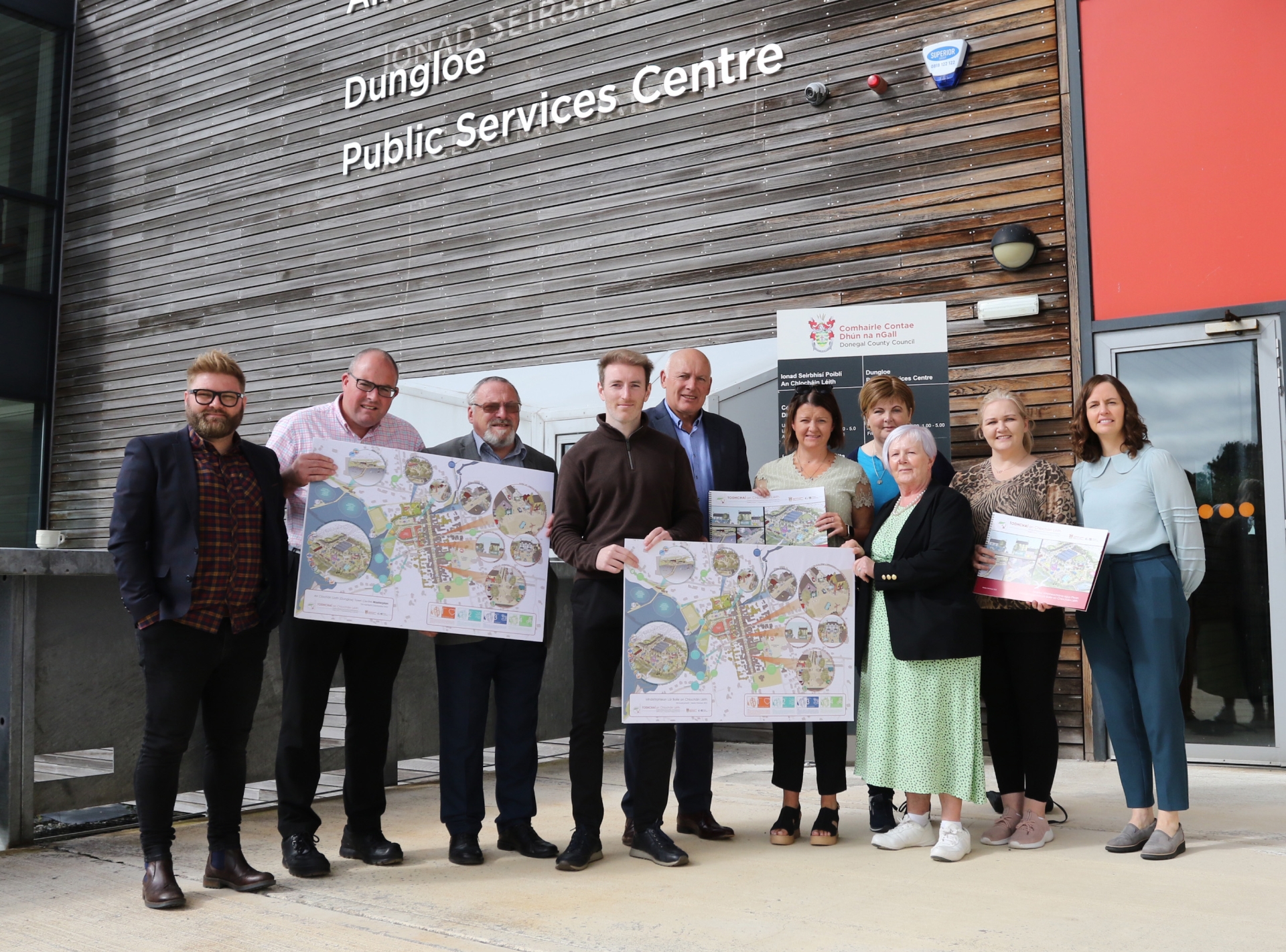 The plan is now available for all to access and to work collaboratively to implement. It has been described as a regeneration-focused roadmap of key priorities and actions for the sustainable regeneration of this area until 2040 and beyond.

Cathaoirleach of the Glenties Municipal District, and local councillor Anthony Molloy, congratulated all involved saying the publication is a major milestone for the town and recognises its importance as a key strategic town serving the west of the county.

“Dungloe has a wealth of natural assets and cultural heritage that have been recognised throughout the range of ideas, actions and projects identified within the Strategy and Action Plan, and through its implementation, the special significance of Dungloe will be enhanced to create an attractive and vibrant place for all to enjoy”.

He added he wanted to acknowledge the vision of the consultants, GM Design, and the role the wider community played in helping to shape the strategy in establishing an exciting roadmap for Dungloe town centre.

“We will ensure the promotion of the Strategy and Action Plan across all our stakeholders and Donegal County Council's services and into our wider networks including the Diaspora network and the Public Participation Network so that we can capitalise on opportunities to implement actions collectively”.

“Following the publication the council’s Regeneration and Development Team will begin developing a Town Centre Regeneration Project for the centre of Dungloe, which will aim to deliver on a number of the actions of the Regeneration Strategy and Action Plan and bring about major transformational change in the heart of the town,” he added.

Jonny Stewart of GM Design Associates described the town saying Dungloe is a place full of exceptional assets such as its strong community spirit, its unique history and heritage, its fantastic coastal location and its important strategic location as a gateway to the Rosses.

“This strategy and action plan builds on all these assets and offers a wonderful opportunity to maximise Dungloe’s potential and we look forward to seeing the various projects develop and the transformation of the town to an even more vibrant, viable and attractive place to live, work and visit.”

The An Clochán Liath (Dungloe) Town Centre Regeneration Strategy and Action Plan and associated masterplan are available to view/download online at  www.donegalcoco.ie and at council offices.