A centuries-old Fiannaíocht legend, unique to the area of the Blue Stacks/Na Cruacha Gorma between Glenties, Baile na Finne and An Eachla mountain is set to be retold to a 21st century audience using storytelling, music, and song and a concert.

Scéal Loch Finne, which takes place on Saturday, October 1, will illuminate the landscape through placename lore from Mullach na Muice, the townlands Srath Loingsigh, An Ghrafaidh, Mín an Ghriobaigh and Mín na Manrach and both Loch Muc and Loch Finne, all of which are derived from this legend that has been alive on the lips of storytellers for generations.

The central characters are An Fearghamhain, his sister Finngheal, the black pig, and various Fianna warriors including Fionn Mac Cumhail and Óisín. Jealousy, stubbornness, and a magic spell leads An Fearghamhain back to Mullach na Muice where his scent is picked up by the ferocious and vengeful black pig.

What follows is a bloody chase on the southern and eastern slopes of An Eachla mountain that culminates at the heights overlooking Loch Muc and Loch Finne.

An Fearghamhain's grief-stricken cry for help drives Finngheal to traverse the lake in a desperate effort to save him but she succumbs to the icy waters.

There are over twenty versions of the story recorded in the National Folklore Collection collected by both Seán Ó hEochaidh and Liam MacMenamin between the 1930s and 1960s.

A number of references were also made to the story in the 1937/38 Schools' Folklore Scheme. Most of the versions were collected in the immediate area with interestingly, a fine redaction of the story recorded in Glencolmcille.

What sets this legend apart is its strong connection with the landscape and placenames.

Two examples in the Baile na Finne area are 'Lorg an Dá Ghlúin (The mark of the two knees), where it is said that Fearghamhain jumped and landed on his knees leaving two huge impressions in An Cró Cam, overlooking Loch Finne and Naprún Fhinngheal (Finngheal's apron) is a peninsula jutting out into Loch Finne, named after the apron worn by Finngheal in her desperate attempt to help her

Timetable for the event

This 5km walk is a free event but participants must register through their Facebook page: https://www.facebook.com/sceallochfinne/

It will feature storytelling, music and song before returning to An tÉadan Fhionn Fraoich Hall for an exhibition and food.

3pm - An Ghrafaidh Bridge
Cup of soup and bread
Dedication: music in honour of Jimmy Campbell 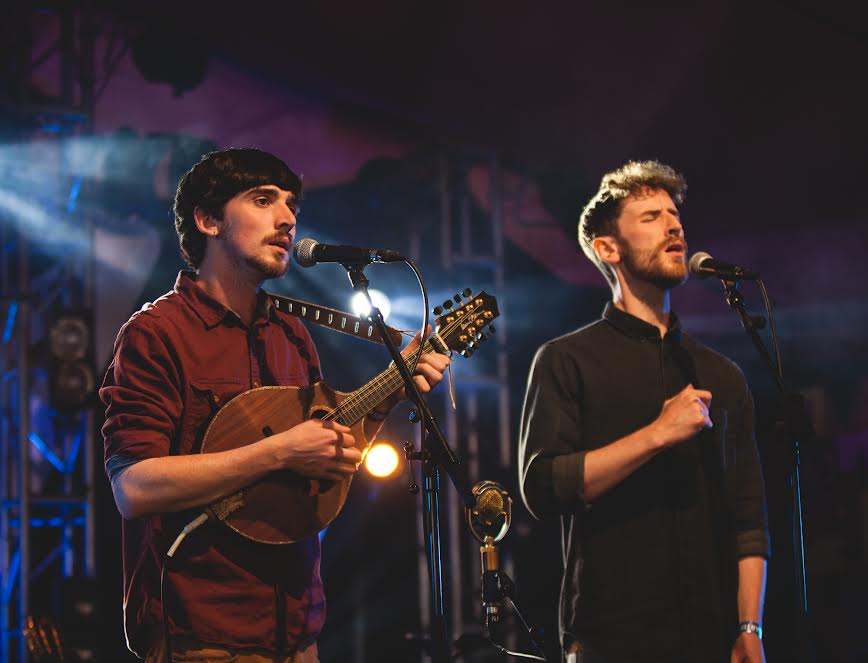 The project is supported by the Arts Council of Ireland and Donegal County Council.