‘Light at the end of the tunnel’ 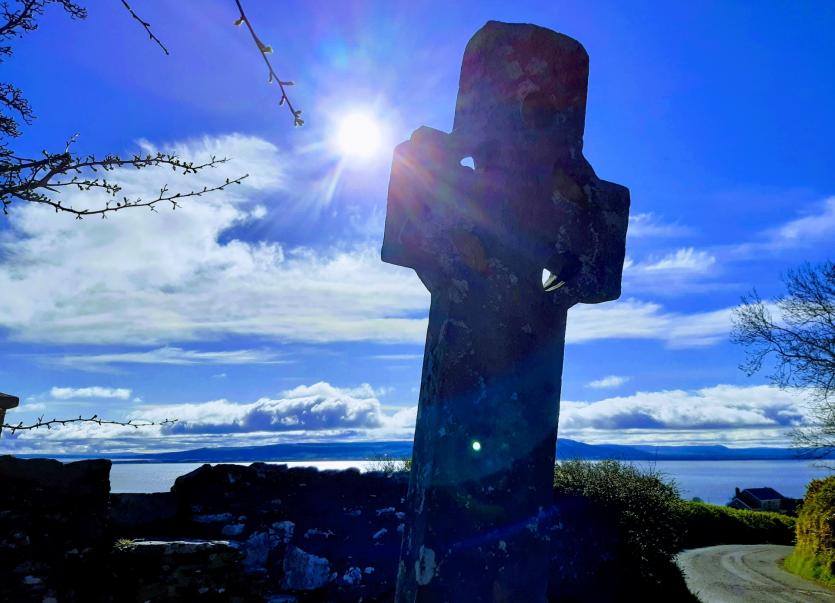 ‘Monday was the light at the end of the tunnel,” was an optimistic Brendan Callaghan’s description of Phase One of the Government’s ‘Roadmap for Reopening Society and Business.’

The well-known Buncrana Businessman admitted he was both “nervous and excited” about reopening ‘Callaghan Jewellers’ on June 8, as he encouraged Inishowen people to ‘stay local and shop local.’

Speaking to Donegal Live, Mr Callaghan, a representative of Buncrana Chamber of Commerce, said the ‘Roadmap’ gave people “a direction and a place to aim for.”

He added: “We have been told small businesses will be able to reopen on June 8 and even if the NPHET (National Public Health Emergency Team) that is not going to happen, it is going to be the following week, that is OK. I personally am really excited at getting back but I am also nervous.”

According to Mr Callaghan, Buncrana was quite busy on Monday morning.

He said: “I saw a lot more traffic on Main Street than I had over the past couple of months. I think it was a combination of three things: the initial lockdown, which we are still in; people getting a little bored; and survival from a business point of view.

“It was great to see shops reopening. A lot of the takeaways are reopening now as well. Over the last two weeks, a few more have reopened, which takes away the monotony. People deserve a wee treat.

“Basically, from a business point of view, we will be coming from frozen to unfrozen. I know a lot of shopkeepers who cannot wait to get back. A lot of them, small businesses, will be coming back on June 8, that is if Phase Two goes ahead. There are no guarantees.

“Shopkeepers have and will put in protective measures. And, I think, in general, the public are very good.  They are very aware of the need to take personal precautions. All you have to do is walk up the Main Street and look at people standing talking to each other. You do not see people in clusters. Usually one person’s going in one direction and one is going in the other direction. If you do see clusters, they are normally families,” said an upbeat Mr Callaghan.

Brendan Callaghan anticipated the public would be “very understanding” of the queues at reopening businesses in the coming weeks.

He said: “We all saw the queues on the RTÉ news on Monday evening and that will probably continue for a while.

“My experience, so far, is that the public have been really, really good at taking advised precautions, not that my shop has been open but just observing people when I am out for a walk up Buncrana Main Street or standing outside a takeaway. There is no pushing or shoving.

I am really proud of the public and hopefully this carries on. Because it will make life a lot easier for everybody. There will be queues because an awful lot of people will have to get things done,” said Mr Callaghan

Brendan Callaghan said he had had customers that have contacting him via Facebook, phone, and email during the lockdown.

He said: “People need various things and will be looking to get back into shops. And, don’t forget, birthdays still happen, anniversaries still happen, engagements still happen. Unfortunately, the weddings have been cancelled. But, hopefully, everything will settle down into it’s place. For the businesses that have an online presence, you’ll see a lot more of that in the future.

“Callaghan Jewellers is aiming to reopen on June 8, providing there are no spikes in coronavirus cases. In that case it might be put off for a week or two. We are getting all geared up. We are inserting Perspex screens in the shop, signs and sanitisers and there will be a cleaning routine with the staff and social distancing. We are also revising our safety statement.

“Business is all in the same boat, there’s not one law for Dublin and another law for Donegal. Everybody’s in the same boat. I have to say the Government is streets ahead giving us a ‘Roadmap.’ At least we have a direction, a place to aim for.

“But the most important message that I can give people is stay safe, be patient and shop local. Stay local and shop local,” said Brendan Callaghan.

The Buncrana Deputy added: “People in Inishowen have made huge sacrifices. Massive numbers of people have lost their jobs temporarily. Large numbers of businesses have closed, and I am conscious some of those businesses might never open again. In fact, I know some businesses won’t open again. So, the sacrifice is absolutely huge, and it is so important we move back into normality and I appreciate the decisions have to be made on the science.

“I have to say, there are massive lessons to learn, not just in Ireland but globally, in terms of preparedness. We know that the levels of Personal Protective Equipment (PPE) that was available for our health services and in the community was nowhere near the stocks that would be required.

“In terms of testing, our capacity in terms of testing and contact tracing, because it was at very poor capacity at the early stages and even up to recent days, we have had to put in place this lockdown to protect our health services and, of course, our older people particularly.

“This economic crisis that they have created, is as the result the very poor planning in Ireland and Europe, I have to say. In Ireland and Europe, we were not prepared for a pandemic, even though there were warnings and well flagged in all of the global health publications as inevitable,” said Mr Mac Lochlainn.

Mr Mac Lochlainn said people in Ireland had had to “endure” lockdown because of “failings to prepare” for such an even.

He added: “If you look at our Health Service, we have a major hospital in Letterkenny, which has been running at almost 100 percent capacity. Extremely dangerous levels. Even if this were not a pandemic, this would have overwhelmed our Health Service.

“We know the regular winter flu overwhelms our Health Service. So, the Health Service that we have had has been an absolute disgrace, a shame on the governments that have been there.

“It is really important we remind ourselves, the huge sacrifices our people have made, huge, some businesses will never open again, and those jobs will not return, those sacrifices are because we have a Health Service that is an absolute disgrace. It was running at 100 percent capacity, which is unheard off in the Developed World, before this pandemic.