Dozens of objections lodged against Eircom mast in Moville

Councillor slams lack of communication over potential 'blot on the landscape' 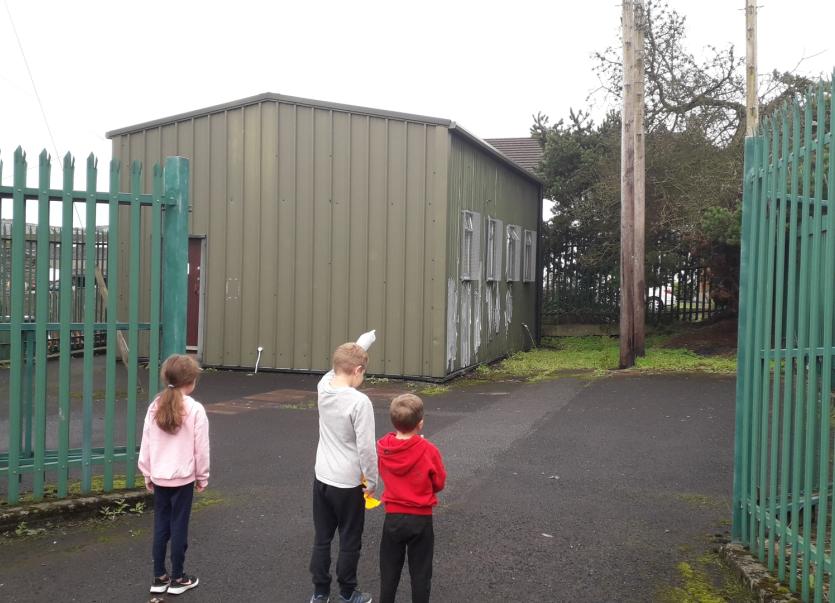 The Harkin children in Moville at the Eircom exchange, the site of the proposed communications in the town

Plans to erect a 24-metre high, free-standing communications tower in the centre of the Donegal Heritage Town of Moville have been met with vociferous community and political opposition.

The telecommunications company Eircom Limited has submitted a planning application to Donegal County Council for development at its exchange in the seaside town.

“Secondly, further down the line, Eircom might decide to add 5G to the communications tower and, having researched 5G, I am concerned that an electromagnetic cloud is going to be hanging over Moville, as a result of all these telecommunications installations.

“It is scary. There are health issues associated with 5G and I would be concerned because my three young children play in our back garden here all the time and there have been things like brain tumours attributed to these masts.

“The community locally is angered that Eircom did not consult with anybody in Moville before it sought planning permission for the communications tower. The first we knew of the proposal was when we saw the site notice pinned to the gate of the exchange,” said Mr Harkin.

More than 30 objections to the proposed communications tower have been lodged with Donegal County Council.

According to Colm Harkin, these objections have been made on public and environmental health grounds.

He added: “Our objections referenced the appeal submitted by almost 400 doctors to the European Union in 2017 (which is live) in which they called for a moratorium on the roll-out of the fifth-generation, 5G, for telecommunication until potential hazards for human health and the environment have been fully investigated by scientists, independent from industry.

“The signatories pointed out that 5G would substantially increase exposure to radio frequency electromagnetic fields (RF-EMF), on top of the 2G, 3G, 4G and Wi-Fi for telecommunications already in place. They make the point that RF-EMF has proven to be harmful for humans and the natural environment.

“These are, the Precautionary Principle, the Nuremberg Code and Resolution 1815, which states that members must: 'Take all reasonable measures to reduce exposure to electromagnetic fields, especially to radio frequencies from mobile phones, and particularly the exposure to children and young people who seem to be most at risk from head tumours,” said Mr Harkin.

He said: “I would be totally opposed to such a development for obvious reasons. Eircom is proposing to erect a 24-metre high mast in the centre of Moville, which is a Heritage Town. This is totally unacceptable. There have been a number of objections that have gone into the planning section of Donegal County Council and I would hope that they take on board the concerns of the community whenever this decision is being made.

“From my perspective, there was no consultation with the local community in relation to this. My understanding is, from the county development plan, the planning section of Donegal County Council would be discouraging, these type of developments beside schools and residential areas.

“I would be hoping that the planners will be taking these concerns  on board whenever they are making their decision. I spoke to the planning section and brought it to their attention that I would not be happy with the communications tower but from a planning perspective, it will be considered from a structural point of view.

“In terms of the health implications of the communications tower, we need to contact Eamon Ryan who is the Minister for Communications (Green Party). I am also very, very disappointed in Eircom. This proposal is going to cause great concern to people within the community. We have two national schools in close proximity to the site, Scoil Eoghain and St Columba's, with a combined roll of 250 students,” said Cllr Farren.

Cllr Farren believed people were “very concerned” about what Eircom was planning to put on the communications tower.

He said: “I am also concerned about the possible health effects. If you look at what people have been going through since March and all the worry about Covid-19 and children going back to school and now we have to deal with something like this.

“I would appeal to Eircom to reconsider what they are proposing to build on that site.”

Donegal Councillor Martin McDermott (Fianna Fáil) said his issue with communications masts was that many are going up without having to apply for Council planning permission. They are going through the Department instead.

He said: “I know the communication tower in Moville has come through the Council but a lot of others have not. This means the Council is not being consulted and is, therefore not able to have a conversation about what is actually happening with these masts.

“There is one in Glengad at the minute that Three Ireland have put up and it just went up. I would have reservations about some of these masts, especially with the levels of radiation that come off them. There needs to be a wee bit more work and explanation done on them before we could be sure they are OK.

Michael White the chairperson of the Green Party in Donegal said the  24-metre high communications tower was  “totally inappropriate” for the centre of Moville and its 19th-century Market Square.

He added: “Moville has had a challenging time since the crash, with vacant shops and derelict premises such as McNamara's Hotel and the 'Prospect' restaurant.

“But, in the past few years, the town has made a strong comeback, with the landmark re-opening of the Foyle Hotel and the success of great local businesses, including Rosato's, the Cozy Cottage and Olivia's, that attract both locals and visitors to Moville. There is huge potential for us to build on this recent success.

“With the Covid-19 pandemic, the town now needs all the help it can get to build up local business and sustain local jobs. Sticking an unsightly, 79-foot metal communications mast right in the centre of the town is absolutely not the right thing to do. It would be an ugly blot on the landscape, another obstacle to overcome as we try to secure local businesses and build the potential for tourism for after the pandemic.

We would object to the proposed mast and would like Eircom to identify an alternative site as soon as possible,” said Mr White.