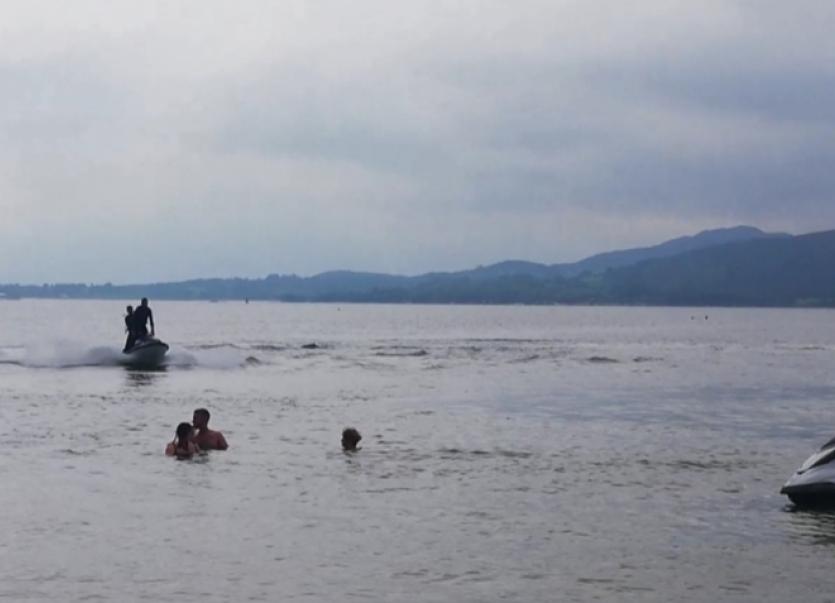 The chief executive of Water Safety Ireland has called on Donegal County Council to review bylaws on the use of jet skis in known swimming areas and ban the use of inflatable toys on beaches.

John Leech was speaking after concerns were raised that some jet ski users on Lough Swilly are not showing enough regard for the safety of swimmers.

Pat Gaynor, a member of the Swilly Swimmers, has expressed fears that the use of jet skis at Ned’s Point outside Buncrana is going to lead to a serious injury or fatality. He said the behaviour of reckless jet skiers in recent weeks risks a total ban on the launch of jet skis at the slipway there.

Mr Leech also called for the council to ban inflatable toys from beaches. A five-year boy drowned after falling off an inflatable dinghy at Lough Mask in Mayo in June and there has also been a number of rescues involving inflatables.

Bylaws restricting the use of personal watercraft including jet skis at 15 beaches around the county have been in place since 2009.

“There needs to be a general review of bylaws for harbours, piers, slipways and beaches which are under the jurisdiction of Donegal County Council with a view to managing the usage of personal watercraft,” Mr Leech said.

“Most of the people who use jet skis are very responsible and go slowly when they see swimmers until they get out into open water.

“We need to have zoned areas where swimmers are so personal watercraft don’t put swimmers at risk. We need to manage their use at known swimming or bathing areas.

“We have to cater for swimmers but we also must manage the use of the personal watercraft.”

Mr Leech also called for a ban on the use of inflatable toys.

“We do need to ban the use of inflatable toys at beaches because they have caused so many difficulties this summer.”

“We need to take inflatable toys off beaches and rivers and lakes. We don’t want to ban them from sheltered areas such as indoor and outdoor swimming pools.”

He said the council needs to deal with the two issues of inflatable toys and a review of the use of personal watercraft at known swimming and bathing areas following the very busy summer on the county’s beaches.

“More people swam this summer than at any time in the history of the country. Our population is bigger than it ever was. More people can swim than ever before and they could not go to France, Spain, Italy and Portugal where they normally swim, so they stayed at home and swam at home. We have never seen anything like the numbers of people on beaches.”

He also called on open water swimmers to use coloured swimming caps and tow floats to help them be more visible in the water.

The use of neoprene suits has encouraged more open water swimming, he said.

“Open water swimming has just taken off this summer,” he said.