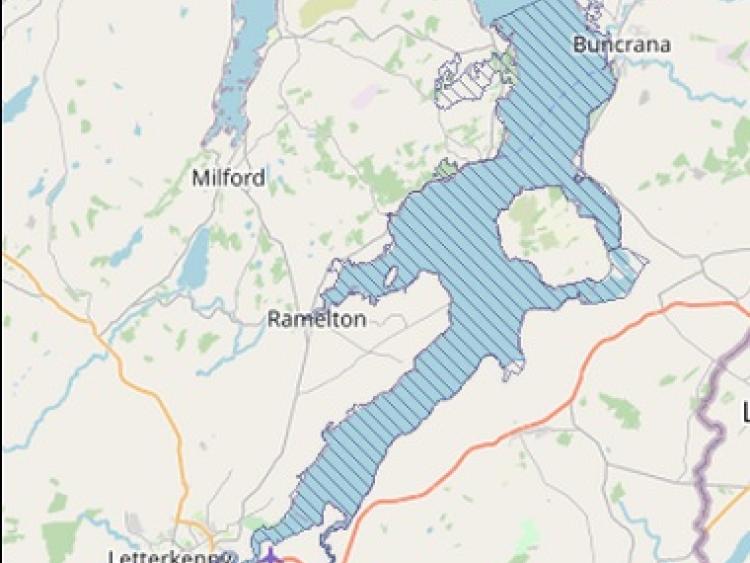 The Department of Heritage is investigating the felling of trees in an area known as Porthaw Woods, on the eastern shore of Lough Swilly near Buncrana, and has referred the matter to other relevant statutory authorities.

In a statement to Donegal Live, the Department of Heritage said: “Last week, the National Parks and Wildlife Service (NPWS) received a report of trees being felled and an area of ground being cleared (0.1ha) in a section of Lough Swilly Special Area of Conservation known locally as Porthaw Woods.

“Such works are Activities Requiring Consent and cannot be undertaken without the prior consent of the Minister or other relevant statutory authority.

“The NPWS responded immediately to this report and the matter is currently being investigated. The matter has also been referred to other relevant statutory authorities.”

The Department said Lough Swilly Special Area of Conservation (SAC) is a large SAC site in the northern part of Donegal and comprises the inner part of Lough Swilly.

It added: “The site extends from below Letterkenny to just north of Buncrana. It has been designated for a number of important habitats and species listed under Annex I/II of the EU Habitats Directive. This includes estuaries, coastal lagoons, otters and old sessile oak woodlands.

“One such sessile oak woodland included in the site is Porthaw Wood located on the eastern shoreline of Lough Swilly near Buncrana.”

The incident is a further breach of the Lough Swilly SAC following a series of incidents in February this year during which the illegal clearing of trees and scrub (0.3 Hectares) was also stopped by the National Parks and Wildlife Service.

One clearly exasperated local resident who spoke to Donegal Live said: “This is another significant area of the Lough Swilly SAC which has been destroyed.

“My fear is that everybody else with sites in the area is watching this space so to speak and if there is nothing done about this latest disgusting infraction, they might be tempted to do the same.

“As far as I am concerned, these are criminal offences and they should be reported to An Garda Síochána. I also think future planning permission should be refused to anyone who has violated the Lough Swilly SAC regulations.

“This woodland is the heart and lungs of Buncrana. It is our small Amazon jungle. Can you imagine walking out to Fr Hegarty's Rock and all you see is big houses. People walk out there precisely because there are no houses, for the peace and tranquility,” they said.

Speaking to Donegal Live, Michael White, the chair of the Green Party in Donegal said: "I am going to raise the damage done to the Buncrana SAC woodland with Minister Malcom Noonan's Department, which has responsibility for the NPWS.

"The Green Party wants to support the work of the NPWS, and we want people to stop damaging our SACs," he said.

WATCH: dONEGAL'S Thomas and Mr O'Kane are two peas in a pod