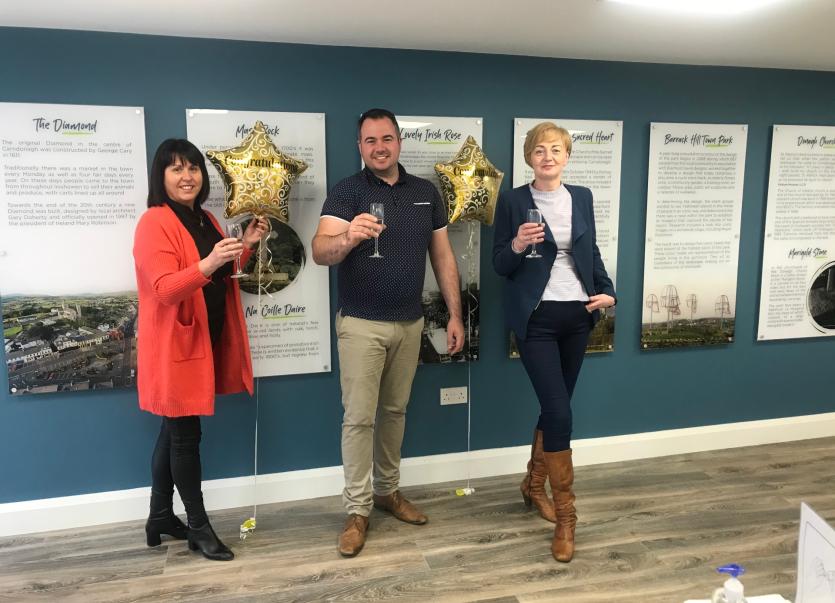 The early birds of Carndonagh Traders' Association has scooped the prestigious Bank of Ireland Most Enterprising Town 2020 award, retaining the title they won last year.

At dawn on Tuesday, the group learned the market town had been crowned Ulster – Connacht champions 2020, when the highly anticipated announcement was made on Ireland AM.

Speaking to Donegal Live, a definitely delighted Deirdre Bradley, chair of the Traders' Association said the award had been a “tremendous boost” for Carndonagh.

She added: “It is an amazing achievement considering Carndonagh Traders' Association has only been together for two and a half years. It just shows working together, collaborating, is really paying off. To win the award is amazing. We won €10,000 for our town and that will be pumped straight back into Carndonagh.

“We are delighted. We are absolutely over the moon. Some of the traders got socially distanced together this morning to hear the announcement. It would have been more exciting if we could all have met up somewhere but we are thrilled.

“I think, to be honest, it is just the boost that we needed as traders, a community and to realise that when we do put our heads together, we can achieve so much. Especially with the new restrictions that have come in, people's heads were a little bit down, so it is just really good to celebrate.

“We have a few projects in mind on which to spend our prize money on. One of them was the Carndonagh Vouchers' Scheme. Hopefully, that will come to fruition, especially with the climate at the minute. If we could keep the spend within our area, everybody would be a winner,” said Deirdre.

Carndonagh was pipped to the overall post by Kinsale, in County Cork, which has spurred on the Traders' Association.

Deirdre added: “The €50,000 would have been nice but we are not disappointed. We are delighted.

“To hold our title for two years, to get it this year under the current circumstances, was amazing. It has been a tough seven or eight months and probably another six or seven going forward.

“I would just like to say thank you to all of the traders and to all the community that supported us as well. The congratulations are flooding in. It is great. We are doing it for the community and we know they appreciate it. It is the boost that everybody is looking for,” said Deirdre.

He added: “It is a brilliant achievement for the Carndonagh Traders' Association, especially Davin, Deirdre and Elaine. They do fantastic work in the town and they really promote Carndonagh. To be getting €10,000 for the town is just brilliant.

“To be getting the recognition the town is getting is fantastic, It is getting more and more recognition every year. I think it is only a matter of time until Carndonagh is the overall winner. They heading in the right direction.

“Every year since they started, they have been gaining more momentum, gaining more points and gaining more recognition nationally and from the Bank of Ireland. Carndonagh has become one of the main towns in the awards and I would say it is only a matter of time before the town gets a national award.

“It is down to the traders, it is down to the community in the town, it is down to the fantastic work of the Tidy Towns too. Over the last five or six years, Carndonagh has really put its shoulder to the wheel and promoted the town. There have been big improvements in the way the town looks over the past five years. Ever since the Irish Open, when there was a lot of work done in the town, Carndonagh has moved on. Winning the Enterprise Town is a fantastic achievement and a credit to the town,” said Cllr McDermott.