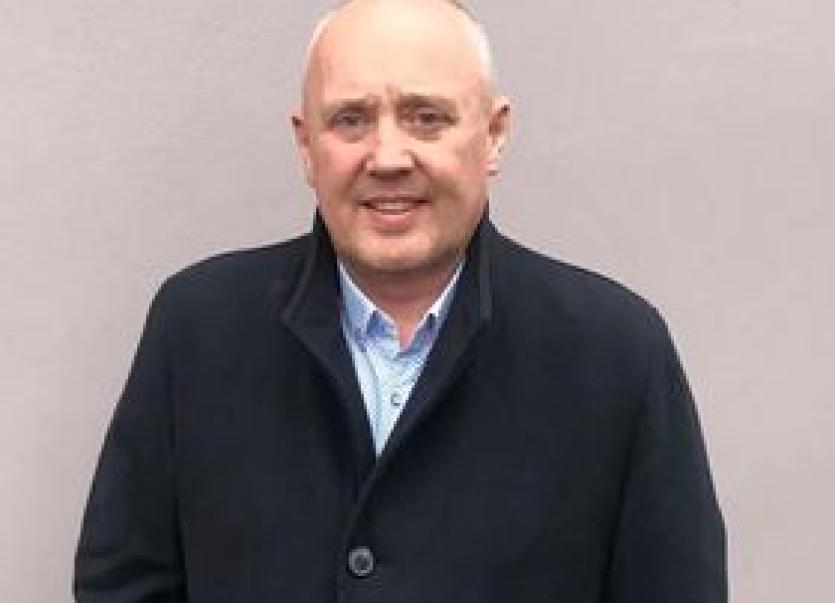 The availability of a lifesaving Amyloidosis treatment on one side of the border but not on the other is having a devastating impact on one family experiencing a 'localised pandemic'.

Rosaline Callaghan is currently receiving Patisiran, a proven treatment for hATTR amyloidosis, however, the same treatment is not currently available to James.

Rosaline said: “James received confirmation last week that he has developed symptoms of Hereditary Amyloidosis. While it is regarded as a rare disease, some families, like ours, experience it as a localised pandemic.

“The stark contrast is that I am receiving the game-changing, life-prolonging treatment in Derry and it is currently not available to James in Donegal; particularly ironic as the disease has a geographically specific origin from a 15-mile ribbon of coastline in North West Donegal.”

James Green said he was grateful to have been able to get genetic testing and a diagnosis so quickly, unlike many people who are struggling for years.

He added: “Without the gene-silencing treatment being trialled in the National Amyloidosis Centre at the Royal Free Hospital London, any delay in the approval of the life saving drug Patisiran is unconscionable, given the harrowing characteristics of the disease. Without it the disease remains a death sentence.

Rosaline added: “Not only have families experienced Attr Amyloidosis across the generations, but some families also have a number of people experiencing it at the same time.

It is challenging to fully describe the huge toll this can take on a family. Up until the last 18 months, Attr Amyloidosis was a death sentence, literally. While the treatment carries its own set of challenges, they fade against the nightmare of full-blown Attr Amyloidosis. We cannot rest until every patient who needs it has speedy access to it.”

According to Rosaline Callaghan, Amyloidosis is a difficult disease to diagnose as so much of the body is affected over time.

She added: “It takes awareness to join the dots and confirm Attr Amyloidosis. For example, it took 8 years, and a significant number of consultant and hospital attendances by one member of our group (Attr Amyloidosis All Ireland Support Group) for the disease to be confirmed, as he had no known family history of the illness. Thankfully, he is doing well on Patisiran which is a proven and effective treatment.

“The Attr Amyloidosis All Ireland Support Group would like to extend our thanks to the public for the groundswell of support we have received in raising awareness of Attr Amyloidosis and our campaign to have Patisiran made available to patients in the Republic of Ireland (ROI). It is available in every other country in Europe and ROI has not yet reached its final decision. There are approximately 10 to 15 patients in the North and 30 to 35 in ROI.

“Following our group's communication with the Corporate Pharmaceutical Unit (CPU), we received the following response on Friday (October 30): 'At the end of the extensive deliberations at the July 2020 meeting, the Drugs Group requested further Patient and Clinician Engagement input via the Rare Diseases Technology Review Committee (RDTRC), the aim of which would be to assist the Group in making its recommendation to the HSE Executive Management Team (EMT) regarding reimbursement of Patisiran (Onpattro®).

The HSE Corporate Pharmaceutical Unit is the interface between the HSE and the Pharmaceutical Industry in relation to medicine pricing and reimbursement applications and the operation of the national pricing framework agreements.

The Attr Amyloidosis All Ireland Support Group welcomed the opportunity to provide a patient submission and plan.

Rosaline said: “We aim to have the same completed within 14 days, or less, so as not to add any delay on our part.

“While we understand the process involved, we do not accept the delays in that process, when there are a number of people who are candidates for Patisiran but cannot access it.

“The nature of the progression in this disease allows no time for delay and patients are getting more and more ill as each month passes, as my cousin James Green's diagnosis shows.”

Rosaline Callaghan added that a phase 1 trial of a new gene-editing medicine, CRISPR, in hereditary ATTR amyloidosis patients who have neuropathy is commencing shortly in London.

She said: “Our group was contacted by Professor Julian Gillmore of the National Amyloidosis Centre at the Royal Free Hospital London, who said: 'We are privileged and excited to report that a trial of the first so-called ‘gene editing’ medicine in patients will commence shortly in London.

'We are all the more thrilled that the pharma company in question has chosen hereditary ATTR amyloidosis as its first disease target. The medicine, currently called NTLA-2001, works via a technique called ‘gene editing’, for which the Nobel Prize was awarded this month, and which has been used very successfully and widely in research labs.

'The new treatment approach is already in a human trial to alter stem cells out of the body from individuals who have sickle cell disease, which are then given back to the patients.

'The ATTR amyloidosis trial will be the first occasion in which the gene editing medicine is administered directly to patients. NTL-2001 is designed to specifically edit (in this case suppress) the TTR gene in the liver, and has the potential to knockdown (reduce) the level of TTR amyloid-forming protein in the blood very dramatically, potentially to a greater extent than the current ‘gene silencing’ drugs (patisiran and inotersen), ultimately with a view to this benefit being permanent,'” said Rosaline.

The trial treatment will be given as an intravenous (IV) infusion over two hours.

The trial is a first into human study. NTLA-2001 has not previously been given directly to humans. It will also be ‘dose ascending’ (meaning that the first few patients will receive a smaller dose and the dose will be increased as the trial continues) in order to establish safety and the best dose.

The drug has of course been through animal testing and has been proven to be safe at equivalent and higher doses in non-human primates.

Rosaline said: “No particular risks are anticipated in this human study, but the fact that it has not previously been administered directly to humans has to be acknowledged. The trial will take place in London and all travel costs will be taken care of.

“The initial trial period involves a five-night ' six-day stay at a Clinical Research Facility in London called Richmond Pharmacology. There are further visits in the first month and after that, the visits occur with decreasing frequency, once a month to once every 6 months.

“The whole trial lasts two years. There is no placebo, so if you are in the trial, you will definitely receive NTL-2001. If you are interested, I would ask them to please contact Professor Julian Gillmore on +44 (0)7876433086 or by e-mail at julian.gillmore@nhs.net,” said Rosaline.

James says he is grateful to have been able to get genetic testing and a diagnosis so quickly unlike many people who are struggling for years.

Without this gene-silencing treatment, Any delay in the approval of the life saving drug Patisiran is unconscionable given the harrowing characteristics of the disease. Without it the disease remains a death sentence.