Seamus' boots were made for walking 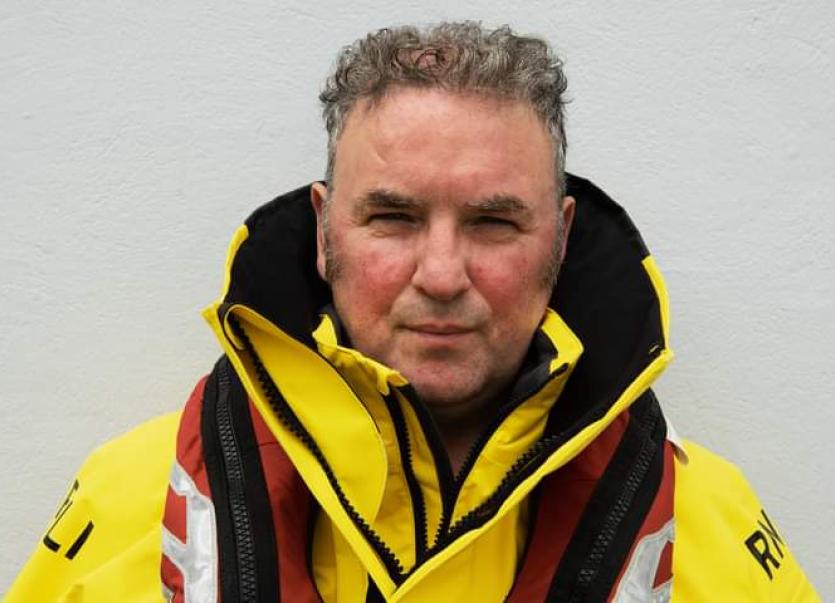 Donegal's Seamus McDaid had a spring in his step as he set off on his virtual Malin Head to Mizen Head walk in aid of Lough Swilly RNLI.

An RNLI volunteer himself, Seamus, who is from Buncrana in Inishowen, is following in the footsteps of his late uncle, Jamsie Quirke, who completed the 354 mile walk back in 1978.

Before he left the Lough Swilly RNLI Ned's Point station on Monday morning, Seamus told Donegal Live he would, hopefully, be walking 70 miles a week for the next five weeks.

Smiling, Seamus added: “Of course, this year, due to lockdown restrictions, I will be walking the highways and byways of Buncrana, within 5 kilometres of my home and I hope to finish back here in Ned's Point on March 31.

“I always had it in my mind to do the walk before my 50th Birthday in May, as a fundraiser for Lough Swilly RNLI. 43 years ago my uncle Jamsie completed the walk in aid of St Vincent de Paul. He was one of the first people ever to walk from Mizen Head to Malin Head. In August 1978, he was welcomed back to Malin Head by Dr Edward Daly, the Bishop of Derry and his proud parents.

“Two Buncrana men actually took part in that walk, my uncle Jamsie and Danny Kelly, who were both members of the the Buncrana Conference of the Society of St. Vincent de Paul.

“They undertook the walk to raise money to build flats in Buncrana because of a shortage of accommodation in the town which had particularly hit newly-wed couples. Although Danny dropped out of the walk before the finish because of an injured foot, he was with Jamsie at its conclusion. According to the newspaper clippings from the time, 'large crowds of people from both Buncrana and Malin turned out at Banba's Crown, which marked the finish point, to give the men a memorable welcome,'” said Seamus.

Anyone who wants to support Seamus by making a donation to Lough Swilly RNLI can do so online: HERE.