Donegal author creating ripples with book on the Foyle catchment

Room for the River 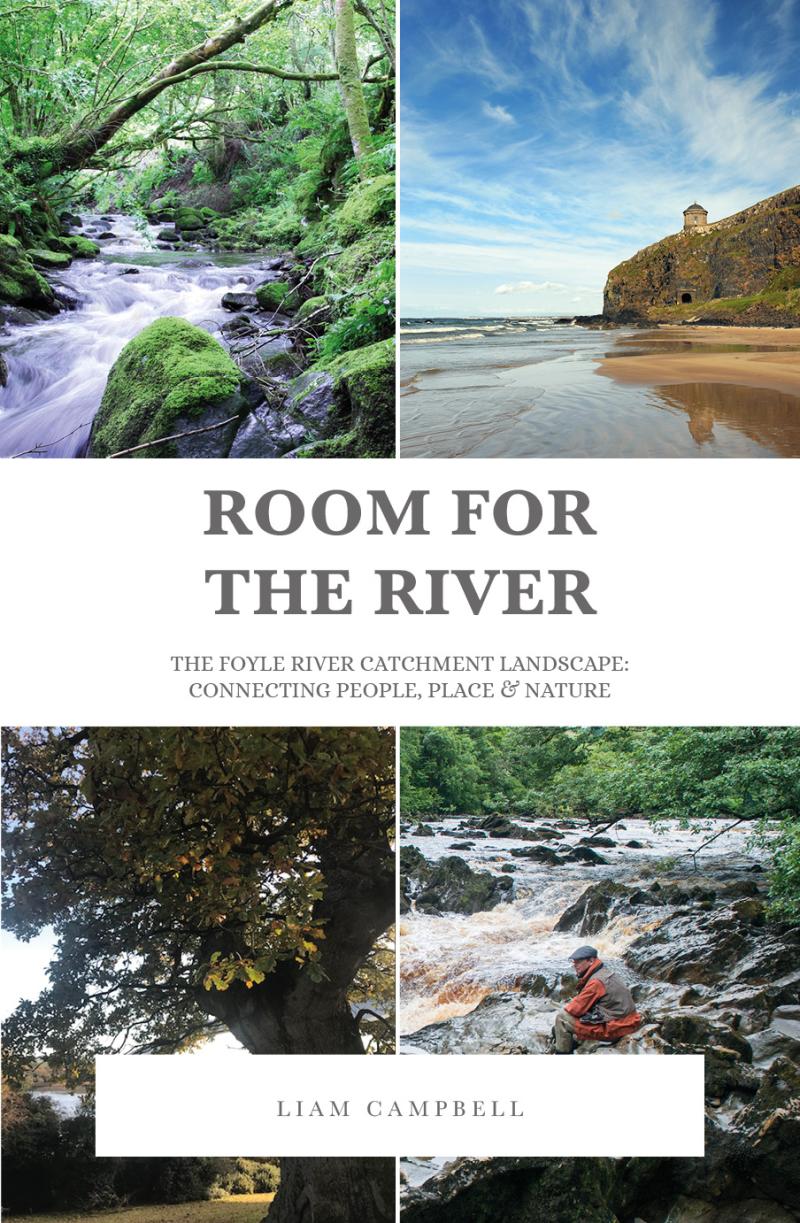 Donegal author creating ripples with book on the Foyle catchment

If ever an author’s description of their new book was so fascinating, you decided you were going straight to Little Acorns Bookstore to get a copy before the week was out, it has to be Liam Campbell’s ‘Room for the River’.

Published by Buncrana’s Merdog Books Limited, ‘Room for the River The Foyle River Catchment Landscape: Connecting People, Place and Nature’ had a virtual launch on in April, with a public seminar planned once the lifting of restrictions permits.

Professor Máiréad Nic Craith of Heriot-Watt University in Edinburgh described ‘Room for the River’ as being “at once local and global in scope. History, memory, mapping, language, place, lore and identity are all explored in a uniquely personal journey of discovery ‘under the surface’ of the catchment. This blend of nature writing and memoir explores the origins of our disconnect from nature and the associated problems of identity and belonging.”

Chatting about why he wrote ‘Room for the River’ Liam Campbell referred back to his mother. 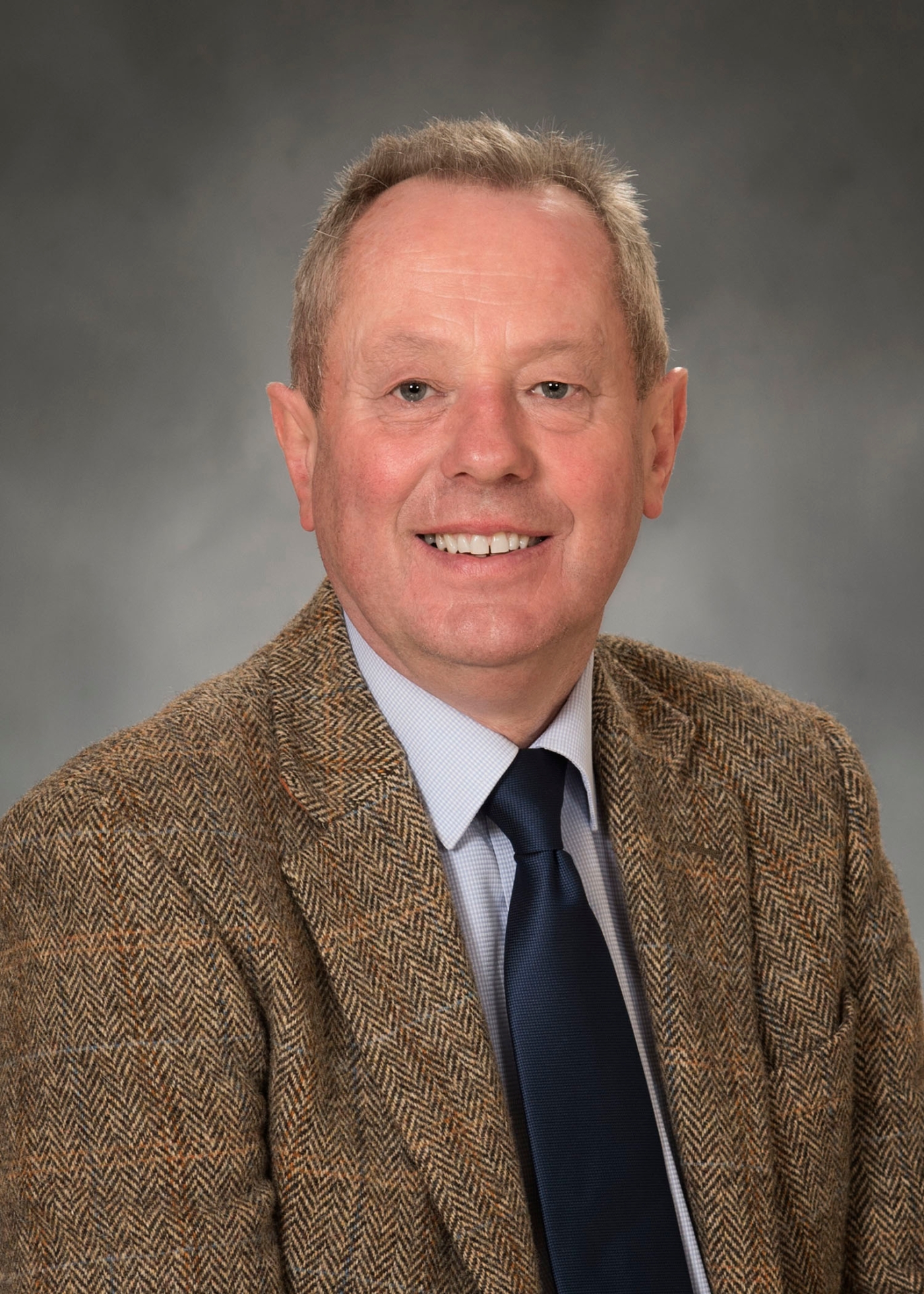 “If you had a cold, my mother used to talk about it ‘working on you,’” said Liam. “‘Room for the River’ has been working on me for a long time.

“I used to work in television before I went back to academia. I worked as a producer on Joe Mahon’s programme ‘Lesser Spotted Ulster’, so I was going to a lot of different places and getting to know them. And yet, you’d only be there for a week and you’d be away again.

“Many years ago, I went back to Queen’s to do a part time MSc in looking at land and history and landscape changes. I felt that it would help me to understand the places I was going to, how parishes and townlands evolved over the years. I was doing it part-time and it was almost a novelty, but it was informing my work as well.

“Then they offered me a full-time post to do a PhD and that’s what the ‘Room for the River’ is based on. I had a choice, ‘Do I stay in TV or do I take a chance and go back university?’ That is where it all began. I felt I knew a bit about a lot of places but not enough. So, the book was to try and go more in depth, to spend a bit more time in a place and understand how it came to be,” said Liam.

Liam said he always felt he wanted to know a bit more about his own place and the connections. “It was a long time working on me but it was a personal journey really as well,” he revealed.

Although ‘Room for the River’ is about the Foyle catchment and Counties Donegal, Derry and Tyrone, Liam said it could be about anywhere. “It is about how we have become disconnected from nature really,” he said.

“One good thing about lockdown was people got to explore their own place a lot more. People began to walk around it. People began to notice things. And that is what I do in the book. Sometimes we know a beach in Portugal better than we know our own back door.

“I wanted to look at the whole idea of connection and the whole notion of a catchment is a great way of connecting people and places. It is a really powerful way of looking at the world.

“It is almost that old thing of from source to sea. If you stand in between Magilligan and Greencastle and think about the water that passes there, you begin to think about going to Glenties and the Blue Stacks, some of that water comes from there and some comes from away into the Sperrins.

“For me it is about the river but it is also is about a way of saying that all of nature is connected and if we break that connection, as we have done, we damage ourselves but we damage the environment as well,” said Liam.

Liam grew up in Burt, between the two waters of the Swilly and the Foyle. He described the notion of being near water and river systems and the sea, especially visiting Inch Castle, as being very much part of his being.

He added: “My dad used to divine wells for people, with a rod. I even think about growing up beside Burt Chapel and its pools of water. Liam McCormick [the architect] was really big into water. If you ever look at Burt Chapel, the water does not come down a drainpipe, it comes out a spout, into pools. McCormick always maintained you should never culvert or cover water, you should try and pipe it, as it is too sacred.

“So, ‘Room for the River’ is about water and river cycles but it is about nature in general and how we became separate from it.

“I found writing the book an enjoyable experience. I am very glad I did it. It is quite a personal book too. I was a little nervous putting it out there but I have had good feedback. The proceeds are going to Motor Neuron Disease Association and Combat Cancer.

“’Room for the River’ is a hard back book. I was delighted to get help from the Loughs’ Agency, who essentially look after the catchment. This enabled us to use colour photographs too. I’m also glad I went with my publishers, Merdog Books. They were so good to work with, really professional and lovely people,” said Liam.

Liam’s hope for ‘Room for the River’ would be that it helps all of us to “read the landscape a wee bit better”.

“If it has a philosophy, it is that we are not separate from nature or at its pinnacle.

“’Room for the River’ is not linear. I was going back and forward, up a stream here, up a stream there. I used the river and its catchment as a model for how to write the book,” he smiled.

‘Room for the River’ is available in local bookshops and from: info@merdogbooks.com.