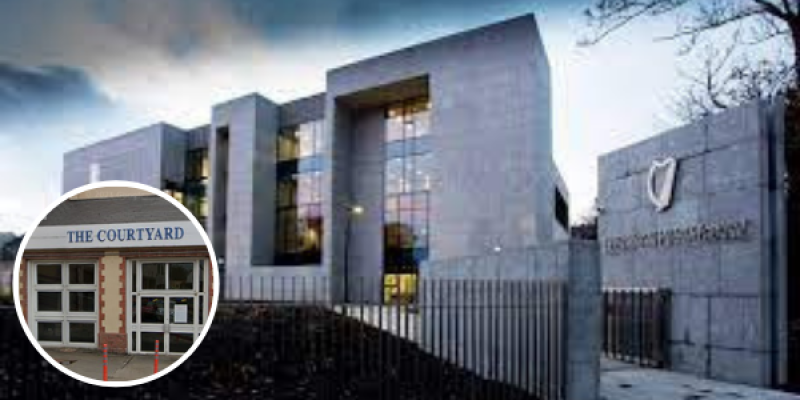 A man who broke a window at the Courtyard Shopping Centre in Letterkenny has been told that ‘all bets are off’ if he comes to the attention of Gardaí between now and July.

Joseph Colhoun (39) appeared at Letterkenny District Court charged in connection with an incident on August 31, 2020.

Colhoun was charged with causing criminal damage, breaking a window to the value of €140.

Sergeant Jim Collins told the court that Gardaí responded after reports of a broken window to the rear of the Courtyard.

Colhoun was identified on CCTV and appeared to have an argument with a female. Colhoun was seen running towards the pane of glass and hitting it three times with his foot.

He made full admissions when interviewed by Gardaí.

Colhoun’s address was given as Castlerea Prison and his solicitor, Mr Frank Dorrian, said he as been more or less incarcerated since the incident.

“This man was incarcerated on two occasions, largely on humanitarian or self-preservation grounds,” Mr Dorrian said.

“The situation disintegrated to such an extent that he was a danger to himself every waking hour. His presentation was rapidly deteriorating and his life-experiences have been negative at every level.

“He was released before Christmas and he navigated the Christmas break with no issue.”

Judge Deirdre Gearty said she would put the matter back for five months.