Man arrested after death of Covid-19 patient in Letterkenny hospital 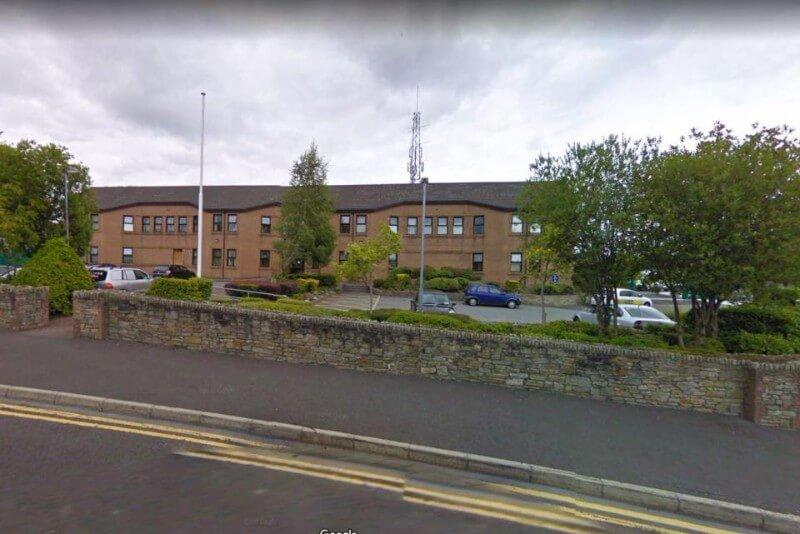 Antonio Mureddu is being questioned at Letterkenny Garda Station

Antonio Mureddu, the well-known anti-vaccination campaigner, was arrested by Gardaí in Donegal on Monday afternoon.

Mureddu was arrested following an appearance at Letterkenny District Court.

After appearing on charges relating to incidents in County Clare, Mureddu was rearrested inside Letterkenny courthouse.

Donegal Live understands that Mureddu’s arrest related to an incident at Letterkenny University Hospital where a gravely-ill Covid-19 patient was assisted in departing the hospital.

Video footage of the incident, which shows Mureddu encouraging Mr McCarron to leave hospital, went viral. Staff at the hospital are seen pleading with Mr McCarron to stay, but he leaves in the company of Mureddu.

Mureddu, with an address at The Headford Arms, Headford, Galway made no reply to the charges after his arrest.

Mureddu, Sergeant Mark Murphy said, refused to take the charge sheets into his possession. These matters were put back to the March 4 sitting of Ennis District Court.

Judge Mitchell asked Mureddu why he was not wearing a face covering and replied that he was ‘exempt’.

“I am here by special appearance,” Mureddu said.

There were no Garda objections to bail.

“May i have the right to be silent?” Mureddu asked Judge Mitchell.

Mureddu handed in a silver coin and a document to the court.

“Its a very nice coin, but I don’t know why it has been lodged,” Judge Mitchell remarked.

Regarding the document, Judge Mitchell said: “It makes no sense whatsoever in Irish law. I see this regularly. Whoever us tell people this, I wouldn’t go far as gobbledegook, but . . . ”

Judge Mitchell remanded Mureddu on ball, but when the accused went to sign a bail bond, he affixed a two-cent stamp to the document and wrote that he had signed ‘under duress’

Judge Mitchell warned the accused that he would remand him in custody if he didn’t sign the bond.

Mureddu signed the bond, but upon leaving the courtroom he was approached by a number of Gardaí and was re-arrested.

Previously, Mureddu appeared on charges of having no insurance, using a fraudulent licence plate, and failing to give information to Gardaí at Meencarragh, Ballybofey, Co Donegal on October 23. These matters were put back to the June 5 sitting of Letterkenny District Court.