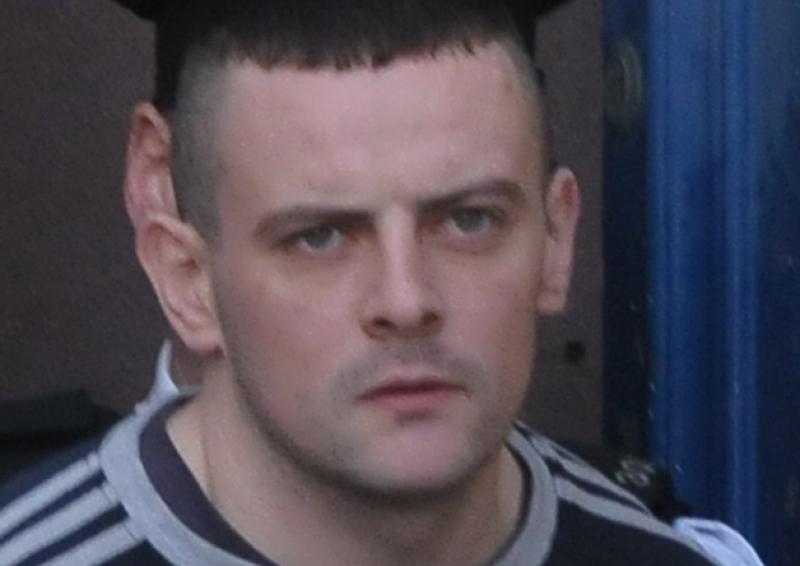 A convicted Garda killer has gone into custody after pleading guilty to endangering the life of an on-duty Garda.

Barrister for McDermott, Mr Garnet Orange SC, said that McDermott was asking for his bail to be revoked in order to go into custody.

McDermott, who has over 90 previous convictions, was formally arraigned for an offence which occurred on April 14, 2020, at Raymoghey.

McDermott, of Abbey Park, Manorcunningham, pleaded guilty to intentionally or reckless engaging in conduct, namely driving a motor vehicle at speed directly at Garda Michael Kilcoyne, who was conducting a Garda checkpoint, causing risk of serious injury or death.

The offence is contrary to section 13 of the Non-Fatal Offences Against the Person Act, 1997.

McDermott spoke only to plead guilty before being taken into custody.

Mr Orange said his client had a ‘complex medical history’.

The matter was adjourned to the March sitting of the Donegal Circuit Court and McDermott was remanded in custody.

McDermott has already served a sentence for the manslaughter of a young Garda in Co Donegal in 2009.

He was driving a car which struck Garda Gary McLoughlin, a native of Leitrim who was stationed in Buncrana and was manning a checkpoint at Burt on the night in question.

McDermott had been trying to evade Gardai during a high-speed pursuit that lasted 30km and reached speeds of up to 150kph,

Garda McLoughlin and his colleague Garda Bernard McLaughlin had been instructed not to deploy a stinger, to blow out McDermott's tyres, because he was driving too fast and its use was deemed too dangerous.

Instead, they were tasked instead with getting the registration number of the car.

Just seconds later McDermott drove on the wrong side of the road, ramming the marked Garda car and ripping the engine out of it.

Garda McLoughlin took the full force of the ramming and died the following day, December 14th as a result of his injuries.