Aimee Bonar, a student at Loreto Secondary School, will go to Hradec Králové, Czech Republic, for the European Olympiad of Experimental Science in May 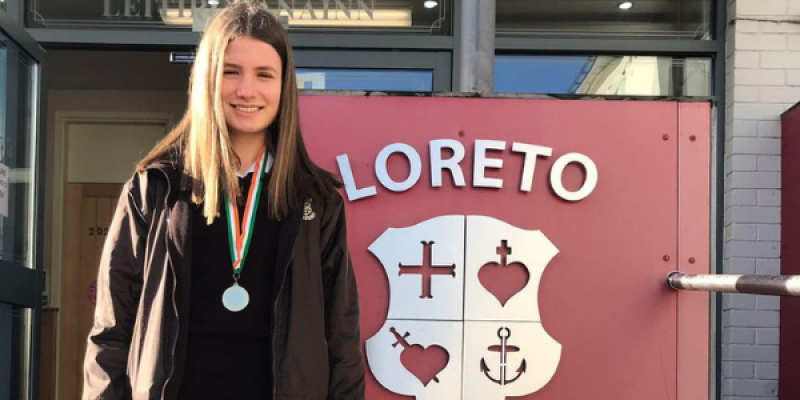 A Letterkenny secondary school student has been selected to represent Ireland at the European Olympiad of Experimental Science (EOES) this year.

Aimee Bonar, a student at Loreto Secondary School, will go to Hradec Králové, Czech Republic, from May 8 to May 14.

Aimee came through three rounds of the Irish category and will be one of the Irish representatives who will go to Czech Republic.

The EOES is an annually recurring science olympiad for young people from the European Union.

More than 20 countries each send two teams of three participants. These teams have to carry out two assignments, with an emphasis on skills in the subjects biology, chemistry and physics.

The Ireland squad will play in the European Championships in August

The aim of the contest is to give students the opportunity to feel like 'real' researchers and to measure their scientific skills against those of the other participants.

In November, 230 students took part in round one of the IrEOES with Aimee selected as one of the top chemistry students.

At Dublin City University in January, 90 students took part in round two, with the standard described as 'incredibly high'.

Aimee won a gold medal, finishing as the top student in the chemistry section.

During the mid-term break last month, Aimee, who is also a talented athlete with Letterkenny AC, took part in round three, again held at DCU.

The top six students in each subject were included. These students got experimental training in their subject area and then took a final test.

Two students from each subject were selected to be in one of the teams to take part in the EOES competition.