New units to be built at fire-ravaged Letterkenny site 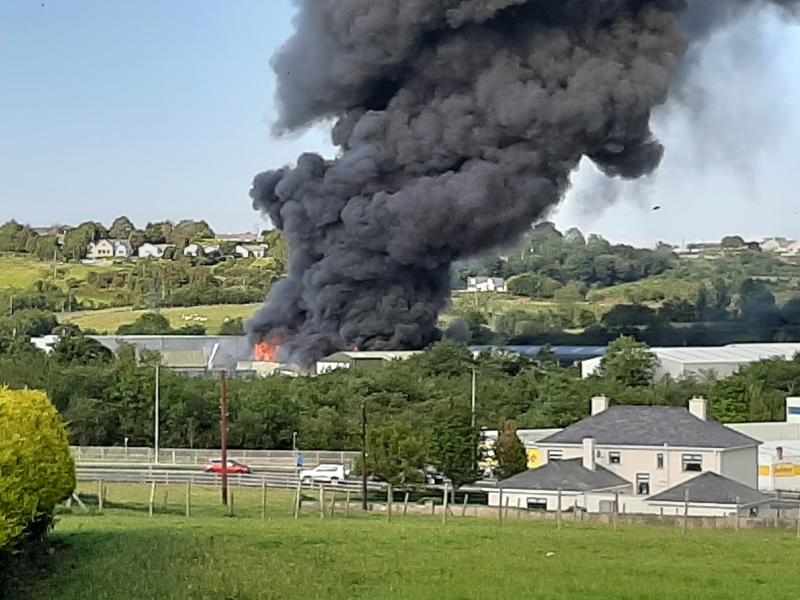 New industrial units are to be developed on a site in Letterkenny that was destroyed by a fire two years ago.

Donegal County Council has granted conditional planning permission for the development at the former Watson Hire site in Kiltoy.

On the evening of June 15, 2020, a massive fire engulfed the premises. As staff were pulling the shutters at around 6pm, a huge bang was heard inside.

Frightened staff members fled to safety and a blaze ravaged through the building.

Within minutes, thick plumes of black smoke rose into the Letterkenny skyline and were visible for miles. The premises was destroyed while a HSE storage unit next door containing vital PPE equipment, hospital beds, wheelchairs and nebulisers was also gutted.

Austin Reynolds has been granted permission to redevelop the site.

Mr Reynolds sought for permission for the demolition of the fire damaged stores and building and applied for the construction of a new development.

Four light industrial units with ground flood and mezzanine levels including storage were applied for.

External lights are to be hooded and there are to be no neon lights or digital displays in order to prevent direct spillage of light onto public road.

Watson Hire has since moved to a new premises, across the road from its old location, having agreed a lease with Donegal County Council.