Among the many guests was Kenny Fisher, District Governor Elect, who congratulated the club on its long record of service to the community of Letterkenny and further afield through their many and varied events, including the Christmas Tree of Remembrance, School Bikes for Africa, St Vincent de Paul, Letterkenny Tidy Towns, Food Bank Letterkenny, to name a few.

He stated that Letterkenny members represent all that the founders of Rotary had aimed for back in 1910 when the movement started and that the Club can be truly said to be ‘punching about its weight’ and praised the members for their ongoing support and commitment.

Also in attendance was President Desmond Lynch, from Strabane/Lifford Rotary Club representing the original sponsors of the Letterkenny Club.

The Vice President of Limavady Robert Blair was also present, together with President Catherine Robinson Rotary Club of Enniskillen.

It was noteworthy that two of the original founding members attended too, namely Tony Murray and Ken Sharpe.

The Paul Harris Fellowship Award is one of the highest honours Rotary can bestow upon a person. Recipients are Rotarians or community professionals, in recognition of their outstanding contributions to their communities and ‘service above self’.

This year, Letterkenny Rotary Club honoured four people from the community for their outstanding unselfish service during their careers to date, Garda Tina Fowley for her exceptional community service and association with Little Blue Heroes, Brian McCracken, Manager of Letterkenny Shopping Centre for his charitable deeds including Ray of Sunshine S Africa and Noah's Bed Push and Rotarians Ena Barrett (Relay for Life and other Rotary functions) and lastly Ken Sharpe for his outstanding generosity in ‘service above self’ to NWHB, Donegal Hospice, and the Little Angels Association among others. 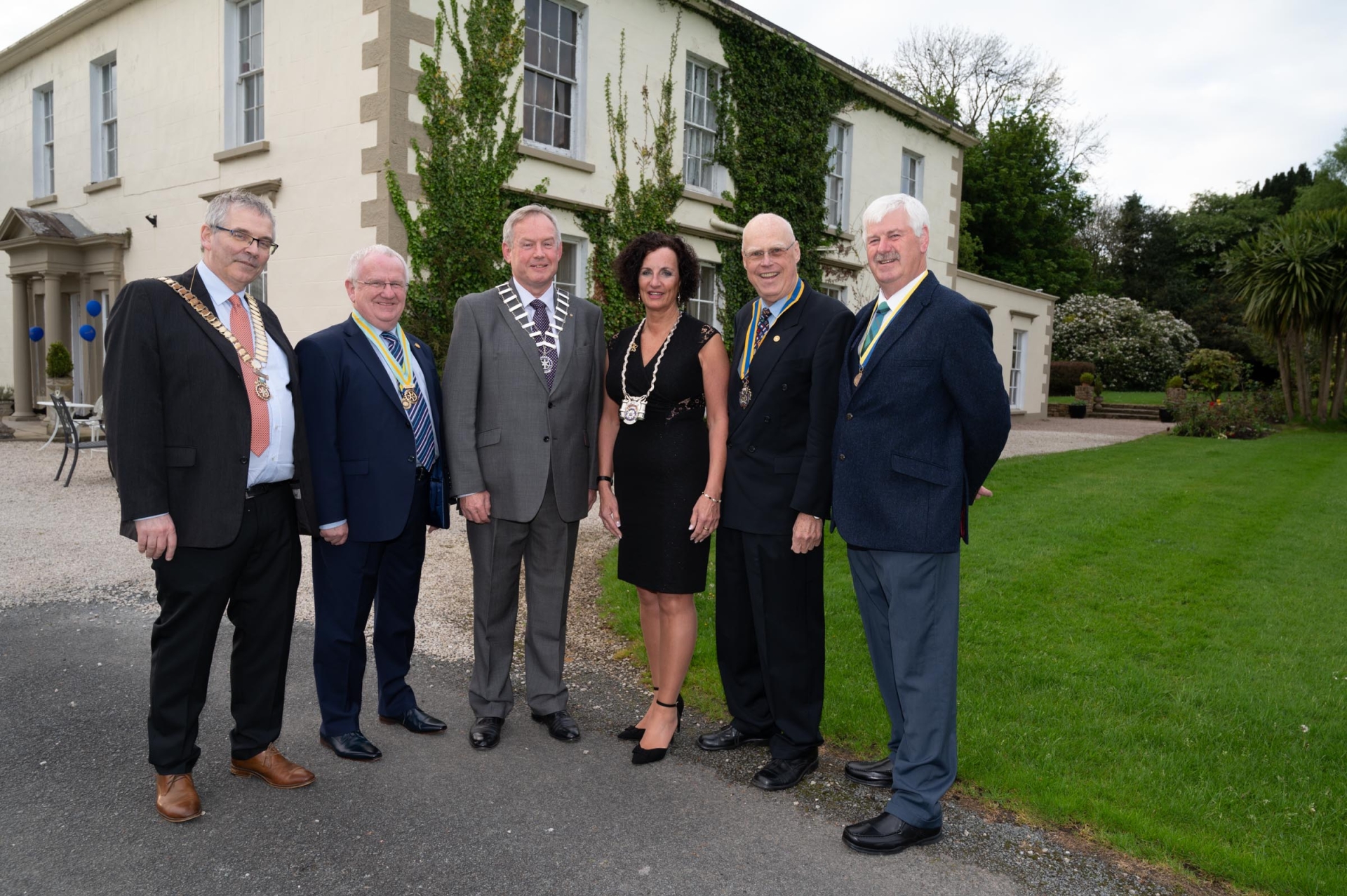