A Mayoral Reception has been hosted by Letterkenny Municipal Council to acknowledge the 21st anniversary of Coláiste Ailigh in the town.

At the reception, the Mayor of Letterkenny, Cllr Jimmy Kavanagh, spoke of how the school has progressed from the days when it was in rented accommodation in Sprackburn House off the High Road (beside the Orchard Inn) to moving to a purpose-built new school off the Business Park road in 2014.

The school has seen its numbers soar, and it has excelled in all areas.

Coláiste Ailigh was opened in September 2000, becoming Donegal VEC’s third All-Irish School. Permanent recognition was received from the Department of Education and Science in 2003.

In November 2013 the school community took a giant leap forward on Coláiste Ailigh’s journey when it moved into the modern new school building in Knocknamona, the first school under Donegal ETB’s remit to be built under the Public Private Partnership scheme.

The Taoiseach of the time, Enda Kenny TD performed the official opening of the school on May 12, 2014. 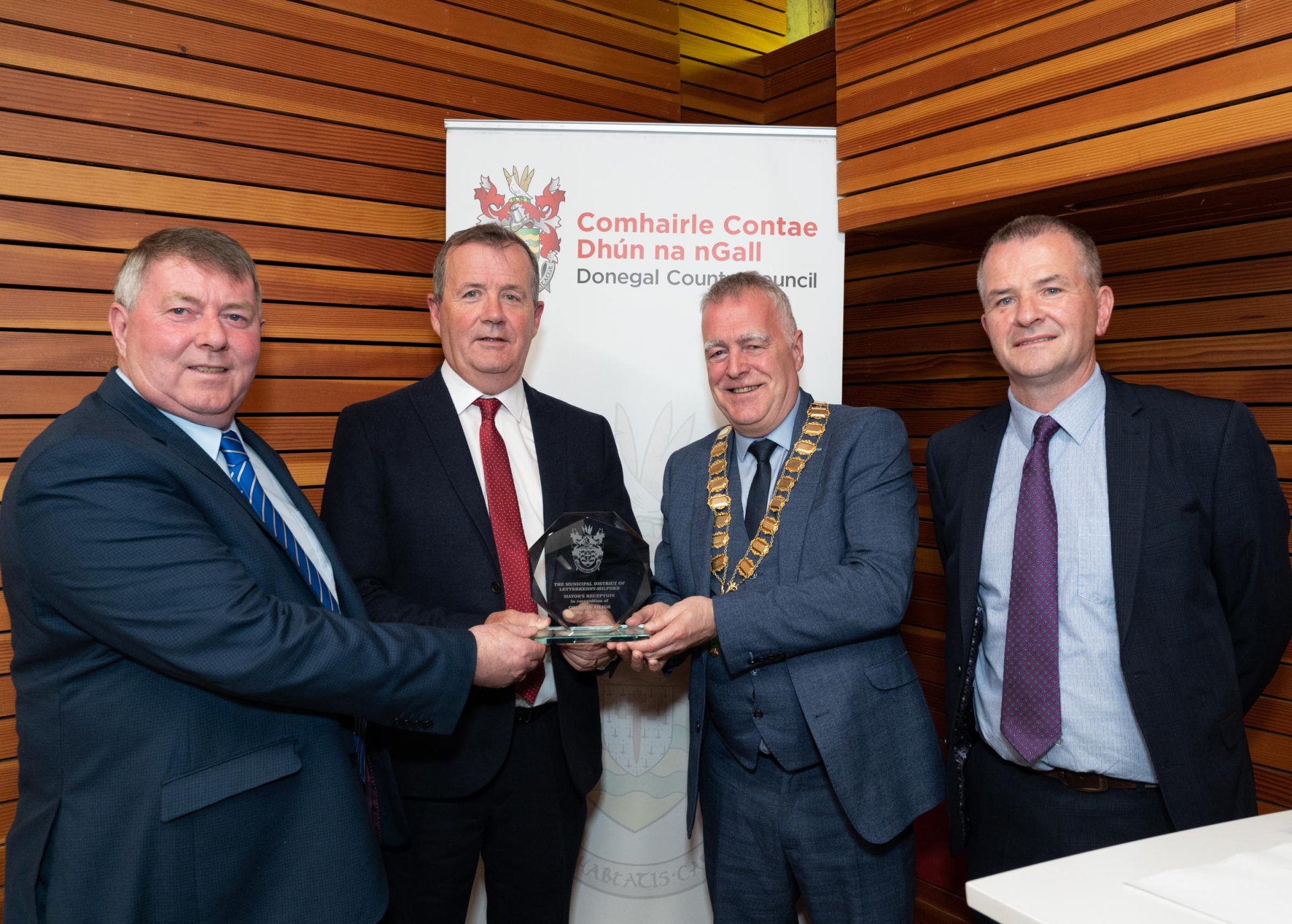