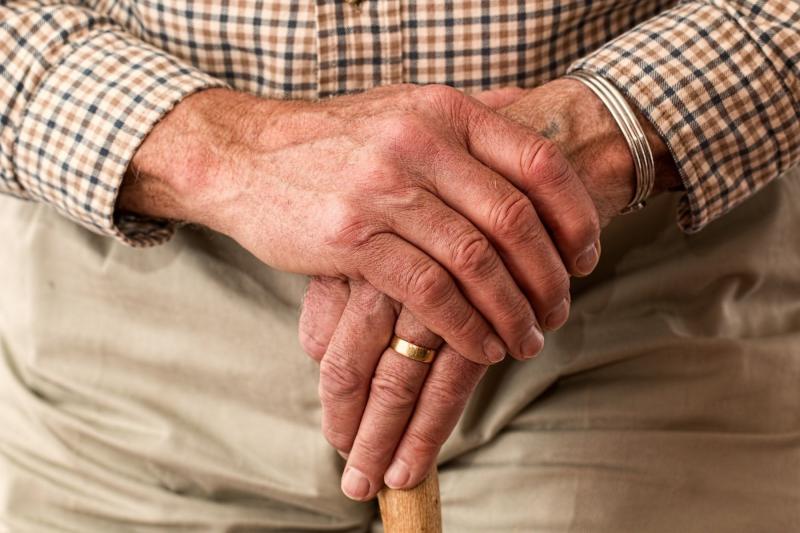 Concerns have been raised over the safety of the home of an 82-year-old man in Rathmullan.

A property at Abbey View in Rathmullan is said to be subsiding and the roof is being held up by two acro jacks and a plank in on part.

“This violates justice, safety and wellbeing,” Councillor McGarvey, who has visited the property, said.

People carried shopping across fields to residents who were unable to leave their homes for two days after torrential rain tore up the road near Glenswilly National School. Councillor Donal Kelly, who lives nearby, says it will be a 'disgrace' if Donegal County Council can't find funds to prevent a repeat incident

“There is subsistence of 1.5-2 inches in the house. He is living in a bedroom where there is a planking and two acro jacks holding the ceiling up.

“There was obviously some appearance of defects when the house was bought. This man has an asset that he thought would have been useful in later life, but you couldn’t sell it today.

“This man is 82 and is living on his own. You can imagine how traumatic this is for the man. It must be so difficult to face that every day. The rest of the house is kept absolutely immaculate.”

Councillor McGarvey tabled a motion to Tuesday’s meeting of the Letterkenny-Milford Municipal District calling for the Council’s housing section to ‘accept responsibility for the necessary repairs’ at the property.

Councillor Liam Blaney, who seconded the motion, also called to the property recently and said that one of the panes on a double-glazed window was broken. He urged the Council to make ‘every effort’ in the matter.

Donegal County Council confirmed that the property in question was purchased through the Tenant Purchase Scheme and completed in December, 1990.

“The purchaser accepted that the Housing Authority would not be liable for or accept responsibility for any defects apparent at the time or any that came to light subsequent to the execution of the agreement,” Donegal County Council said.

The response added that the Housing Aid for Older Peoples Grants could assist the homeowner by providing up to €8,000 for structural repairs.

“The €8,000 wouldn’t look at it,” Councillor McGarvey said. “I cannot walk away from this issue when it was brought to my attention as a representative for the people.”

Donegal County Council Director of Services Liam Ward said that ‘for all intents, this is a private dwelling’, but said the local authority would be ‘keen to work with the gentleman concerned to see if that can bring any relief’.