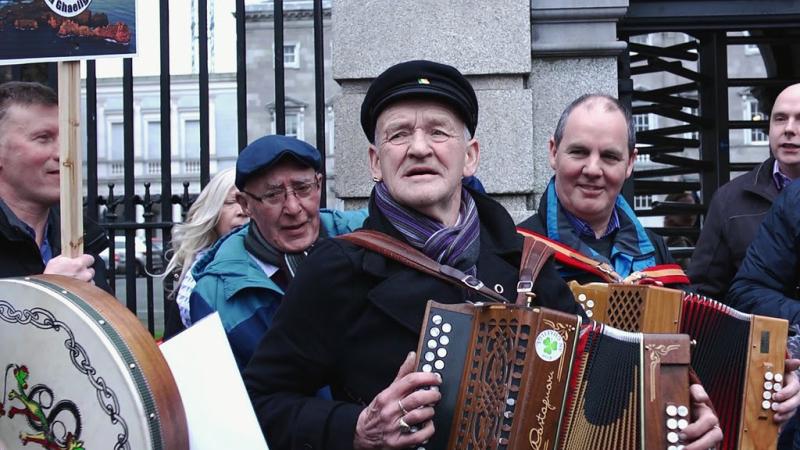 A TG4 documentary has been awarded the 'Spirit of the Festival' award at last night's Celtic Media Festival's Torc Awards.

Treibh na nDéithe won the 'Spirit of the Festival' award which is awarded to a programme that is wholly or substantially in a Celtic language and embodies the spirit and ethos of the Festival.

The documentary Treibh na nDéithe a co-production between Ireland and Brittany, produced by Lugh Films which explores life on Tory Island, a community on the very margins of Ireland and Europe.

It's more than just the sea that can separate island life from the mainland. Tory Island is a unique location, a few hundred strong Irish speaking community on Ireland's most remote inhabited island.

This island community feels isolated and vulnerable, and very distant from the decision makers in Dublin. How can this community, on the very margins of Ireland and Europe, preserve its unique way of life?

“It is film as art, it is film as narrative, it is film as social history.” These are the words the International Jury used to describe the winner of the Spirit of the Festival, The Tribe of Gods / Treibh na nDéithe.

Alan Esslemont Director General of TG4 said: “Just now in the audiovisual industry, Celtic countries have both timing and momentum in our favour.  In the UK, the plan unveiled by the BBC DG, Tim Davie, puts the Celtic nations and regions at the centre of the biggest transformation of power and decision-making in decades.

"In Ireland, too, there are hopes that the Future of Media Commission will usher in a framework for media in Ireland which will be fairer and more sustainably funded. And beyond Britain and Ireland the footprint of the Celtic Media Festival continues to grow significantly in Galicia and in Brittany.

"For TG4 to win two of the top awards at the CMF including the ‘Spirit of the Festival’, in the face of the toughest international competition, is a testimony to the quality and creativity of the independent producers who are our partners.

"One film told the story of one of our most famous and remote Gaeltacht communities and the other film was a compelling digital-first ‘lockdown romance’ on BLOC TG4, our youth platform.  That variety, scope and quality has been the hallmark of TG4 for a quarter of a century.

"I congratulate all our CMF nominees and especially the two winning companies."