Brexit, customs duties and prohibited goods among the reasons for non-delivery 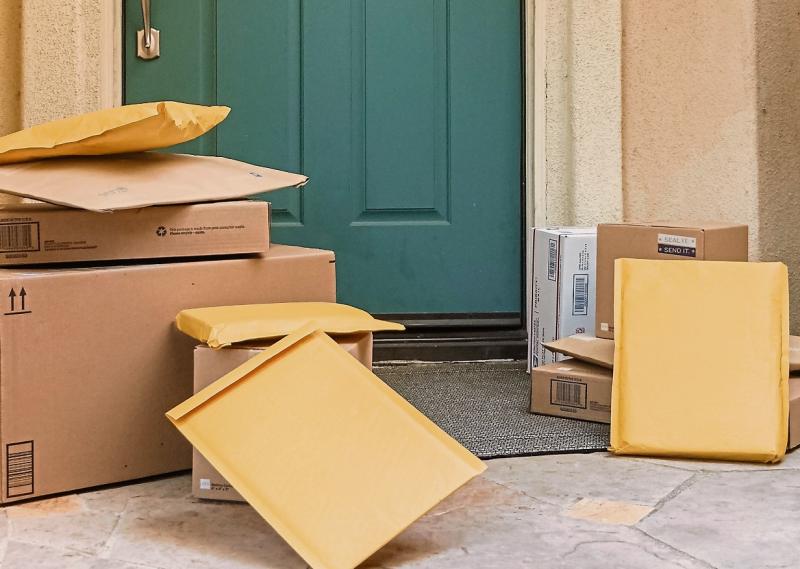 There has been a recent rise in Donegal of parcels not being delivered, despite tracking records showing that they arrived in Ireland.

New EU rules regarding duty on non-EU goods may well be the root of the problem.

Cllr Niamh Kennedy (Ind) brought the matter to the attention of Donegal County Council at a recent meeting of the Municipal District (MD) of Donegal.

She said: “A lot of people are ordering goods online and not getting them. They are being returned back to the sender. The intended receiver doesn’t get notifications. I know of six different people this happened to recently.

“There seems to be a problem in An Post. When you track the package it has arrived in the country and then it is returned to the sender.

“Christmas is coming now and it is going to get a lot worse.”

The councillor asked that the matter be raised with An Post.

The Donegal Post was also made aware of a number of instances of parcels being returned to senders abroad, having arrived at the Dublin sorting centre.

One person also showed an email saying that duty had to be paid before a parcel could be collected.

“I thought at first it was a scam but I went to the post office and they said it was right enough,” she said. “I had to pay €9 duty on a soft toy I had ordered for my daughter for Christmas.”

So is this the reason that parcels are being returned to the sender?

It would seem to be the case.

Angus Laverty from An Post explained the situation with duty being charged.

“Customs duties etc are a matter for Irish Customs/Revenue,” he said. “They (Customs) dictate if an item coming into the country is liable for charges, and the level of charge to be imposed on the item. An Post then is directed to collect the charges before an item can be delivered.

“With regard to the broader issue of items coming into the country from outside the EU, including Great Britain, online shopping continues to grow in popularity with more shoppers buying online and delivery times for most ecommerce parcels faster than ever.

“Online shopping delivery by An Post for local Irish and EU retailers and with larger international retailers such as Amazon, Marks & Spencer and River Island is running smoothly, and this accounts for more than 95% of e-commerce parcels coming into Ireland through An Post.

“However, due to stringent new EU Customs rules governing non-EU goods, which came into effect on July 1, 2021, and due to the impact of Brexit, some customers in Ireland buying from smaller or specialist non-EU retailers and in particular smaller/specialist British retailers, are experiencing significant delays or not receiving their goods at all.

“Gift parcels being sent by family and friends in Great Britain to Irish addresses are also being impacted.

“This is due to both an EU customs requirement for additional electronic documentation and more goods being either restricted or prohibited from coming into Ireland from non-EU markets.”
Mr Laverty said that many smaller, more specialist retailers were simply not aware of these requirements. Others had not put in place the necessary online shopping systems for selling to Ireland.

“This is giving rise to Customs delays when these parcels arrive in Ireland and/or the items having to be returned to sender because the necessary electronic data is missing or incomplete, or the contents are restricted or prohibited,” he said.

Mr Laverty added that there were no such issues when shopping online in Ireland or other EU countries as no Customs tariffs apply when buying from these locations.

“Similarly, no issues arise when shopping with major British or international retailers where smooth online processes have already been developed with An Post,” he said.

“An Post is working with Irish Customs, Royal Mail and other non-EU carriers to help them solve these issues and will be providing advice to consumers across multi-channels on how to get the most from shopping online and avoid some of pitfalls that can lead to delivery delays or non-delivery.”

An Post will deliver a Guide to Online Shopping mailing to every address in the country over the coming weeks. It is developing a range of supports for these smaller, specialist non-EU retailers as well as for family and friends when they are sending goods or parcels to Ireland.

Mr Laverty said: “In the meantime, we advise customers receiving parcels (either online shopping or personal goods) from outside the EU to check with the sender that they are completing the appropriate documentation with any parcels they send.

“Anyone experiencing delays or issues is advised to check anpost.com/customs for further information as this website is being updated daily.”

Revenue’s list of goods that are prohibited or restricted from entering Ireland can be viewed at www.revenue.ie/en/customs-traders-and-agents/prohibitions-and-restrictions/index.aspx

The EU guide to buying from UK websites is available at: https://ec.europa.eu/taxation_customs/system/files/2021-01/e-commerce-uk-factsheet.pdf