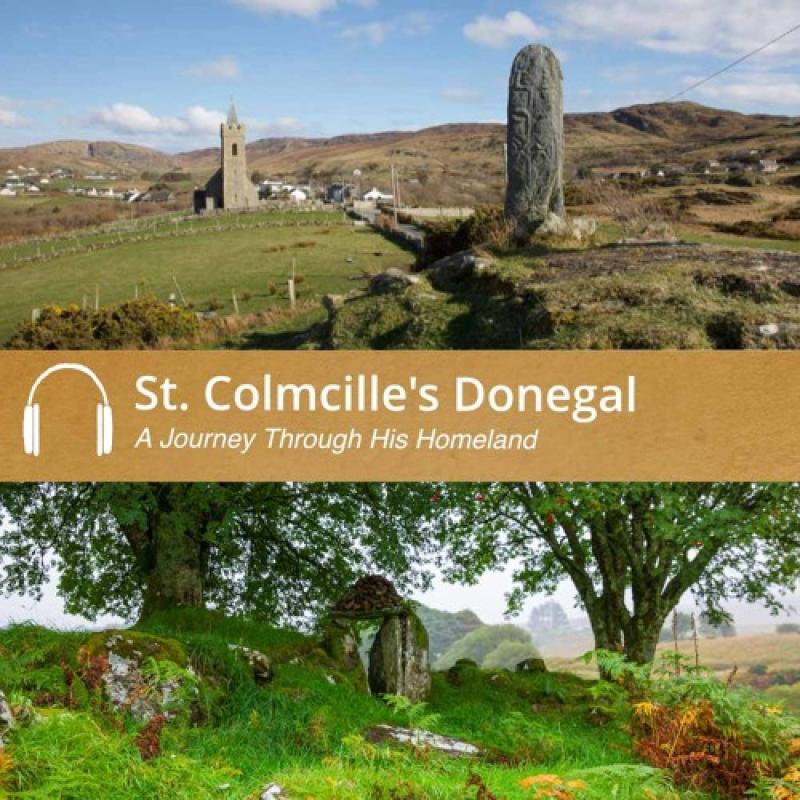 ‘St. Colmcille’s Donegal’ is a free audio guide that provides an introduction to heritage sites

St. Colmcille, also known as St. Columba - the Latin form of his name - was born in Gartan in either 520 or 521 A.D.  Colmcille is one of Ireland’s patron saints, a distinction he shares with St. Patrick and St. Brigid, and he is the patron saint of Derry.  “The 57-minute audio guide provides an introduction to many heritage sites in County Donegal associated with St. Colmcille and explores aspects of his life and legacy” said Joseph Gallagher, County Donegal Heritage Officer.  “Heritage sites featured in audio guide include the Colmcille Heritage Centre, Gartan; Lacknacoo, Ráth Cnó, Templedouglas, Doon Well, Kilmacrennan, Ray Church, Tullaghobegley, Toraigh Island, St. Eunan’s Cathedral, Disert, Gleann Cholm Cille and Drumhome.  Most of these sites are archaeological monuments that are protected under the National Monuments Acts.  The audio guide will help people to link the story of Colmcille with the surviving material culture.”

The audio guide was researched and produced by Neil Jackman & Róisín Burke of Abarta Heritage, recorded in Bluebird Studios and narrated by Gerry O’Brien.  The audio guide can be downloaded at:  shorturl.at/prsQ2.  The free audio guide was launched at the Abbey Arts Centre, Ballyshannon on Sunday, November 7 as part of the Colmcille 1500 History Ireland Hedge School that was also part funded under the County Donegal Heritage Plan.

‘St. Colmcille’s Donegal’ is a free audio guide that provides an introduction to heritage sites in Donegal associated with St. Colmcille and explores aspects of his life and legacy.  The audio guide was commissioned by Donegal County Council as part of the County Donegal Heritage Plan with support from The Heritage Council.