Revealed: Thousands of acres in Donegal could be at risk from rising sea levels 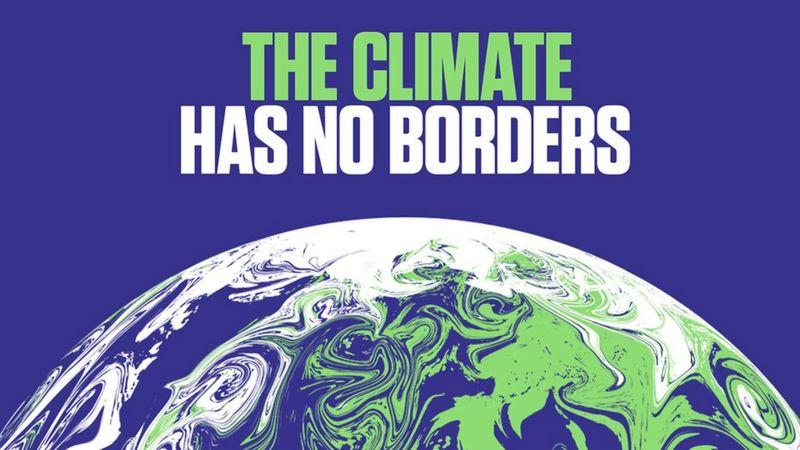 Thousands of acres of land in Donegal - with many properties including homes and businesses - could be in real danger of being flooded if the world’s temperature keeps rising.

A leading climate research group has produced a stark warning about the implications of not tackling climate change.

The Climate Central group, an independent body of leading scientists and researchers based in New Jersey, USA, has produced a series of maps on their website that show how the world as a whole would be affected if the current rate of global warming is not checked over the next nine years.

The maps reveal that some areas in Donegal - particularly around Letterkenny, Laghey, the Finn Valley and Inch Island - could be the most affected even if water levels above the high tide line rise by as little as one metre. Storm surges and heavier rainfall can also add significantly to the problems. 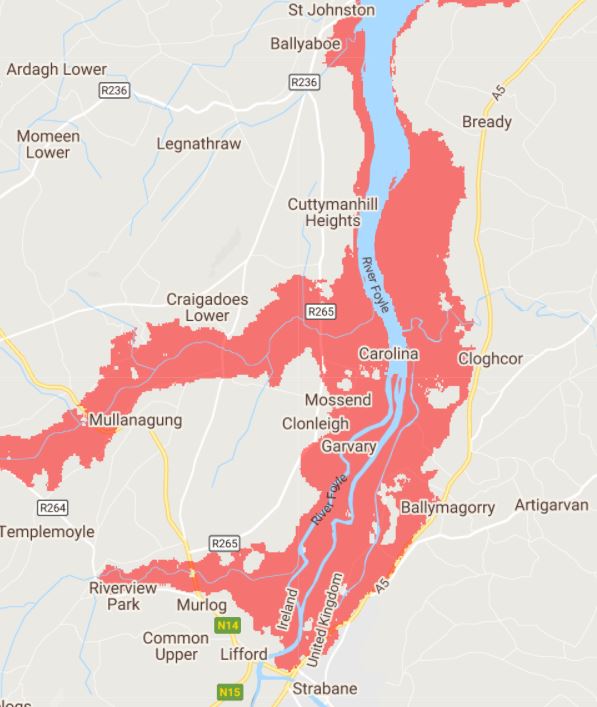 As the COP26 conference in Glasgow - about climate change and how countries are planning to tackle it - comes to an end tomorrow, the maps are another reminder of the possible consequences of not dealing with the issue of rising global temperatures.

Their maps highlight in red areas deemed most at risk.

Among the areas that feature prominently  are parts of Letterkenny, Newtowncunningham, Lifford, Burt, and a stretch of coastline near Murvagh and west of Ballintra.

There are also many small pockets of low-lying coastal areas as well. 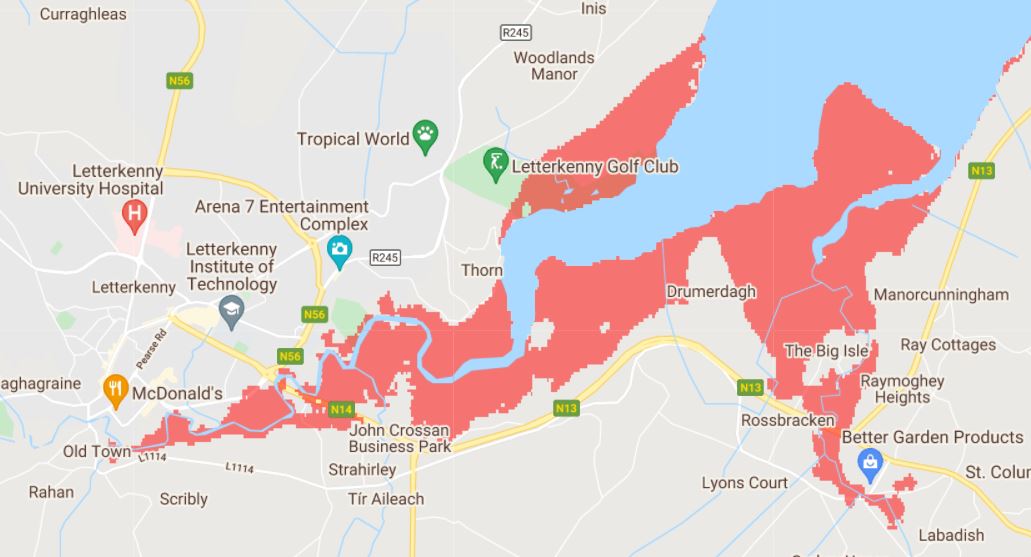 The maps  show the possible impact of a rise in water levels of just one metre above the high tide line.

The organisation acknowledges that the maps “include some error” and “should be regarded as screening tools to identify places that may require deeper investigation of risk.”

The maps are not based on physical storm and flood simulations and do not take into account factors such as erosion, future changes in the frequency or intensity of storms, inland flooding, or contributions from rainfall or rivers. 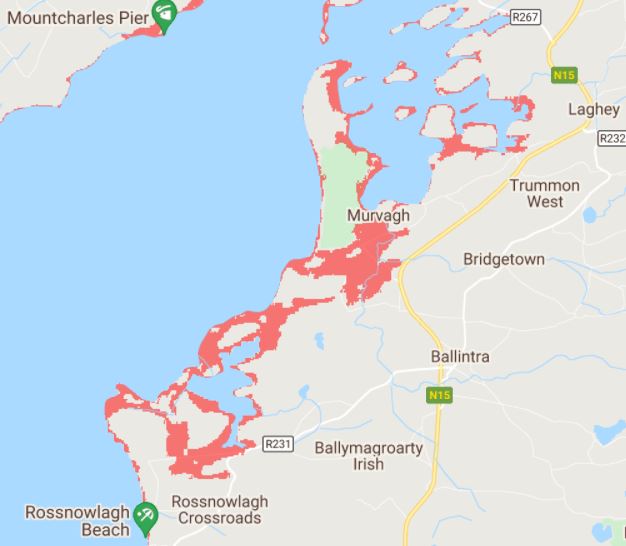 Nevertheless, low-lying areas are already known to be a risk, and this will impact on future planning for these areas.

There could also be implications for those with land or properties in these areas if sea levels continue to rise due to global warming. 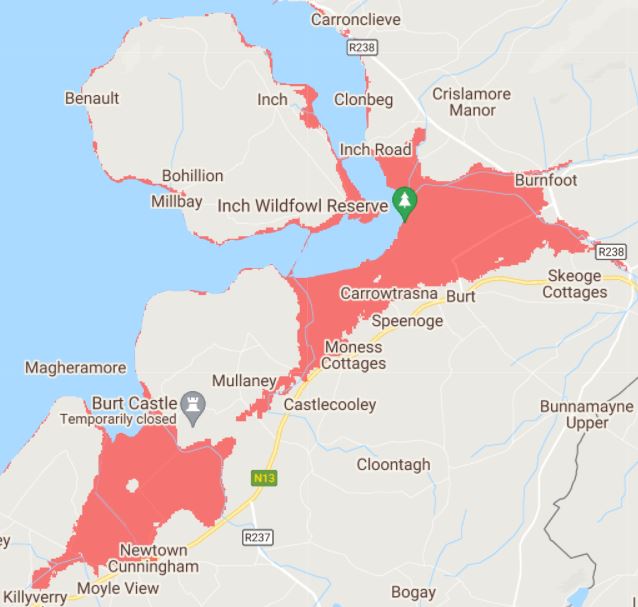 The maps show Donegal as potentially one of the worst affected areas in Ireland, along with parts of Derry, Sligo and Limerick.