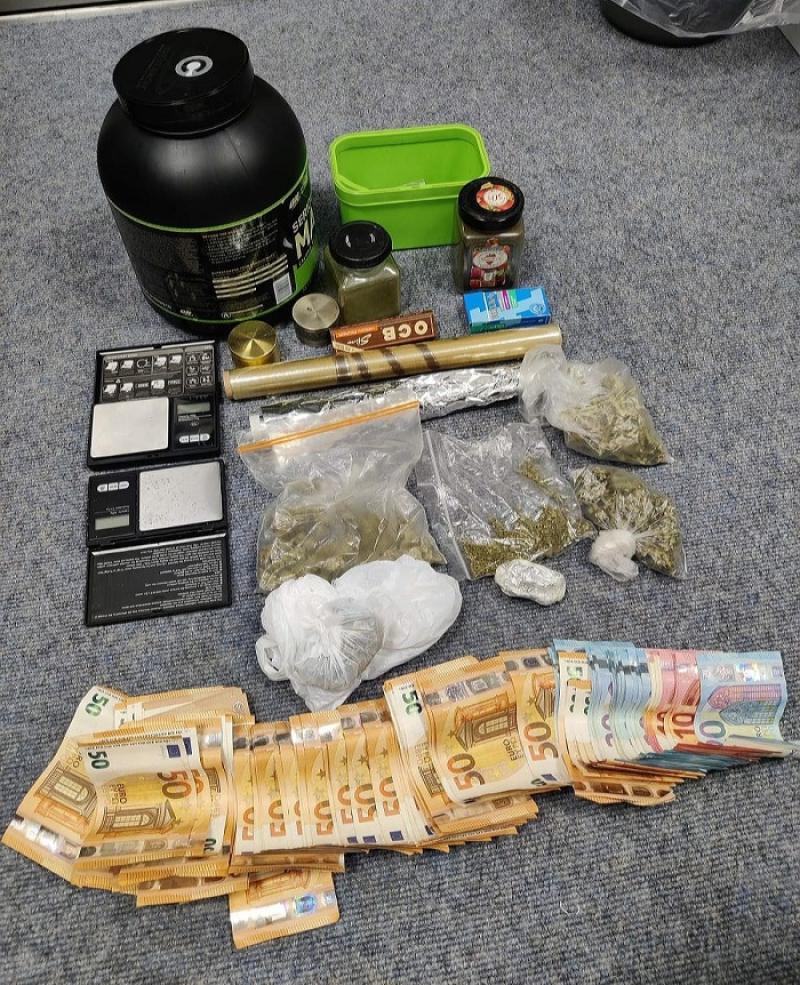 Items seized in Donegal Town as part of the search warrant

Gardai say that investigations are ongoing.

This seizure forms part of #OperationTara, an enhanced national anti-drugs strategy, which was launched by Garda Commissioner Drew Harris on July 2, 2021.

The focus of Operation Tara is to disrupt, dismantle and prosecute drug trafficking networks, at all levels - international, national, local - involved in the importation, distribution, cultivation, production, local sale and supply of controlled drugs.

Gardai urge the public to report any information they have regarding drug dealing within their communities in Donegal.