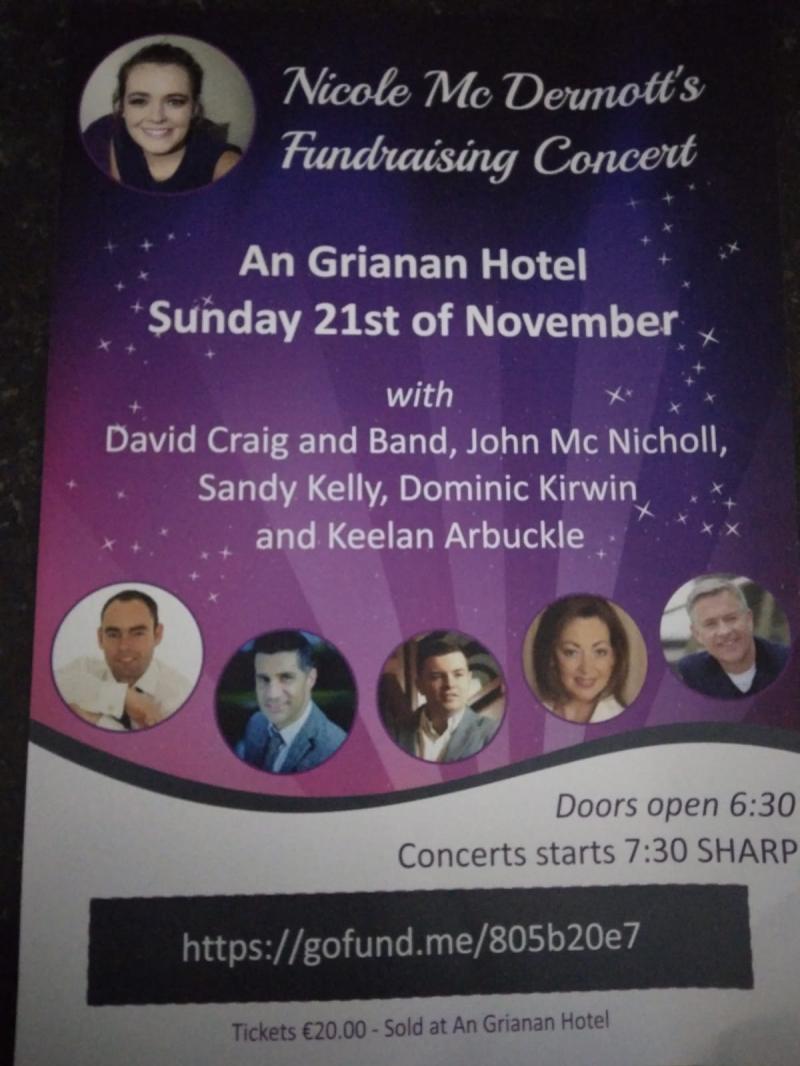 There is a major fundraising concert is taking place in An Grianán Hotel in Burt in support of Nicole McDermott who was diagnosed with Functional Neurological Disorder (FND) five years ago.

The David Craig Band, which played at Nicole wedding to husband, Ciaran, two years ago, is also playing at the An Grianán concert.

Tickets for the event are available from the hotel and Creative Landscaping Works in Letterkenny and from Geraldine who can be contacted on: 0860330077.

Initially, Nicole lost her mobility and was having daily seizures. She was admitted to hospital with stroke-like symptoms.

However, In December, Nicole's condition deteriorated significantly and she lost her eyesight

Speaking to the Donegal Live, Geraldine McDermott said she and her family were “overwhelmed” with the fundraising effort currently taking place in Inishowen and wider Donegal to support Nicole's future treatment.

FND is a medical condition in which there is a problem with the functioning of the nervous system and how the brain and body sends and / or receives signals. Symptoms can include motor dysfunction, seizures, vision and speech difficulties, and paralysis.

Geraldine said: “Nicole will be under the care of Neurologist, Professor Mark Edwards. Professor Edwards specialises in FND. He will prepare a rehabilitation plan for Nicole. She will be an in-patient in the Brain and Mind Hospital in London for anything from six weeks onwards, depending on how much time she needs.

“FND is essentially a signal, a message from the brain which is not getting to the body. Professor Edwards is hopeful they can turn the signals on again and restore Nicole's eyesight.

“There has been a massive, massive fundraising effort for Nicole. It started off with Veronica Dowds Long completing a 5k, which finished up in the Wooden Brew Coffee Shop in Burnfoot, where they had a coffee morning. There was another coffee morning in O'Flaherty's Pub in Buncrana and there was a golf tournament at the North West Golf Club at Lisfannon. Well known Gael, Burnfoot's Andrew Wallace organised a 'Run for Nicole 49k' on November 6; Sister Act held an event in O'Flaherty's, Burt GAA held a fundraiser and Burnfoot Service Station sold lines and raised €2,000. We cannot thank everyone enough.

“On Sunday (November 21) our major fundraising concert is taking place in An Grianán Hotel in Burt. Everyone is very welcome to come along.”

The David Craig Band, which played at Nicole and Ciaran's wedding two years ago, is also playing at the An Grianán concert.
Tickets for the event are available from the hotel and Creative Landscaping Works in Letterkenny and from Geraldine who can be contacted on: 0860330077.

According to Geraldine, up until December 2020, Nicole's quality of life was fine.

She added: “Nicole was having daily seizures and was in chronic pain but she could manage. If she had a seizure, we dealt with it. Maybe a stranger looking on would have thought it was terrible but, it was part of our lives, part of Nicole.

“But, in December, she lost her eyesight and then she lost her speech. She now has limited speech and is in bed all the time. She has no social interaction at all now.

“We met Professor Edwards on October 4. because she will not be well enough, initially, to travel to London, she will begin her treatment here. We have raised €41,000 for Nicole's treatment to date and are going to continue fundraising.

“We would definitely like to thank everybody from the bottom of our hearts. We are overwhelmed. Nicole's consultant is hopeful her eyesight can be restored, as well as her speech and some of her mobility. There is definitely hope.

“I would like to thank everybody. The support for Nicole has been as been overwhelming. We have had businesses and people coming forward with donations without even being asked. The An Grianán concert will be a fantastic. We have loads of prizes, including €100 vouchers and hampers. Inishowen, Donegal and Derry are rallying around for Nicole.” 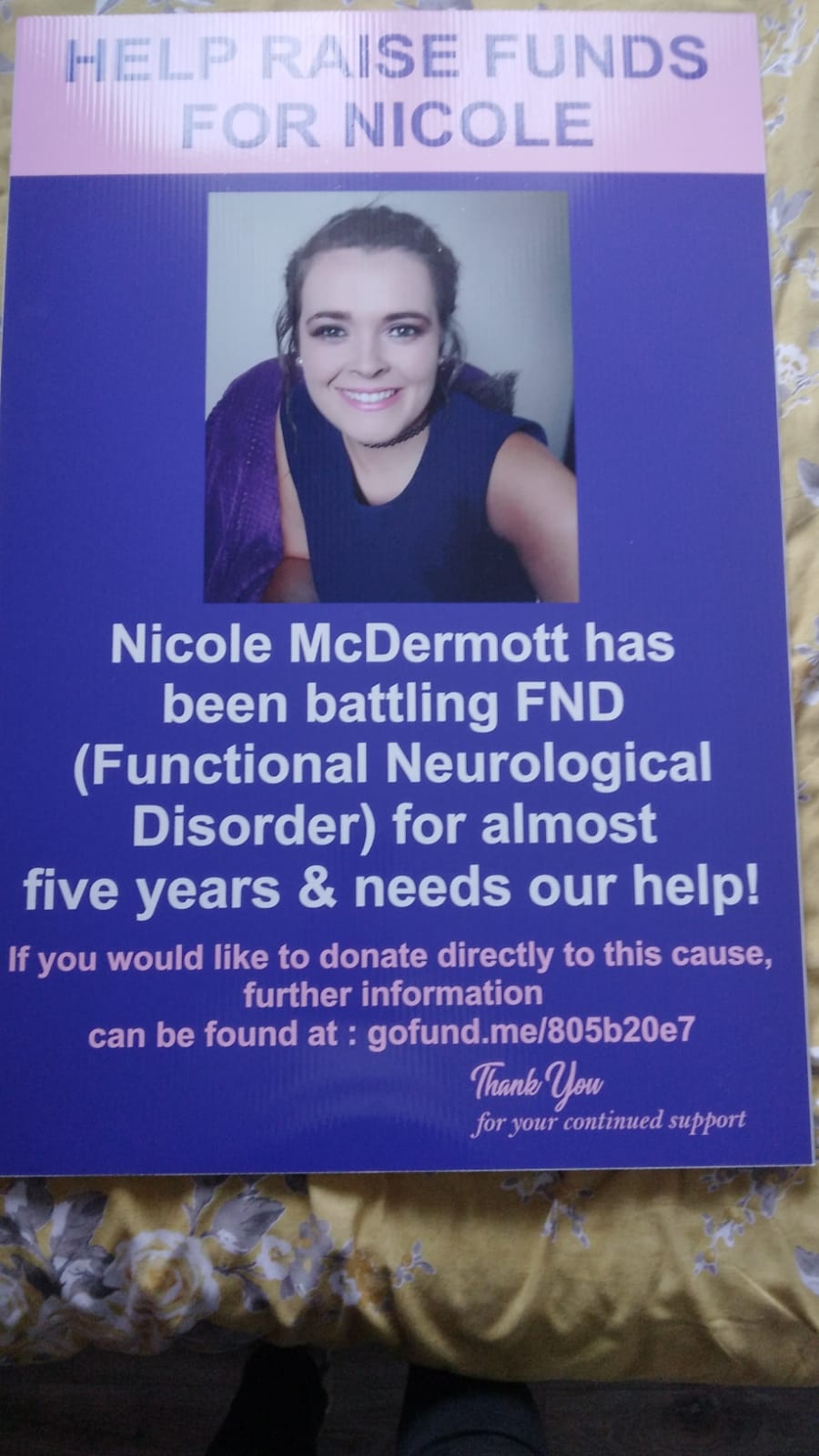