Memorial calendar being produced by friends 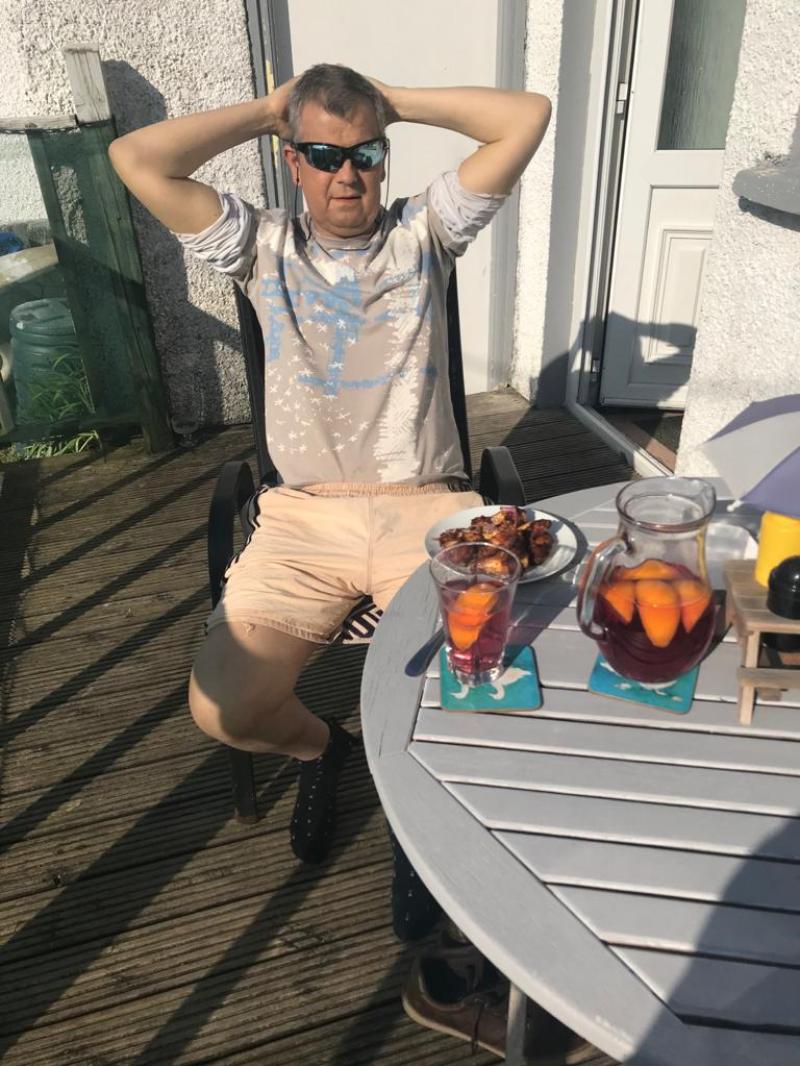 When Declan Doherty (52) passed away in September, Buncrana lost a much-loved, larger than life character.

In his memory, Declan's friends are in the process of compiling a fundraising calendar, which will be available in the second week of December. The charities benefitting from the calendar are White Oaks and Women's Aid.

Declan, who lived at Rockfield Terrace in the seaside town, was the son of the late Mary and Sean Doherty. He was a dear brother of Joy, father of Sean Pearse and partner of Lisa. He is also sadly missed by Pauline, his brother-in-law, Paudie, niece, Holly, his family circle and friends.

Joy said: “After that, Declan, moved to London and worked at one of the hotels out at Heathrow Airport. He then moved on to managing various bars. Declan returned to Buncrana when our father passed away in 2006.

“He used to volunter at Buncrana GAA club coaching young players. He was involved in the snooker scene in London and subsequently brought Ken Doherty and Jimmy White to Buncrana.

“Since his death, which was a massive shock, people have described Declan to me as a 'unique and charismatic character'. He was aways full of energy and positive. He was always on the go. He was never negative. He always had a positive outlook in life.”

Declan's friend, Pauline Farren, is the organiser of the memorial charity calendar.

Pauline said Declan had produced a calendar in 2019 but was prevented from doing one last year as a result of Covid-19.

Pauline added: “Declan had loads of contacts because he was always organising gigs. He knew quite a few entertainers and sports and business people.

“He asked me if we should do the 2022 Calendar or was it too late? When I contacted Paddy [Campbell] in BizzPrint, he said it wasn't too late at all.

“Declan was a bit of a Del Boy character. He would always say things like, 'This is going to be my year', 'I'm going to make it big this year', 'Onwards and upwards'.

“He was a very, very optimistic, very positive, very forward looking person. Nothing got him down. He was highly intelligent and could get through any problem. He was extremely good with people. Basically, the calendar is a love letter to Declan.

“Quite a few people came onboard with the calendar immediately, including Ken Doherty and Barry Doherty (Notorious Events) and Paddy Henderson in Buncrana. Darren in The Orchard in Gleneely, Paddy in the Orchard Inn in Letterkenny and Paddy in BizzPrint have also been extremely supportive. Declan will be greatly missed by his family, friends and acquaintances. He was a big personality who made a big impact while he was here.”
Pauline said that declan's love of sport was one of the reasons he had wanted to be a PE teacher.

“With his background in hotel management, he also loved to cook and was teaching his son, Sean Pearse how to cook lots of dishes. One funny and typical Declan thing I remembered this week was the time his Disney costumes were flown to Ireland, on Concorde, on July 4, 2015. Naturally, this made the Inish Times.

“Declan loved putting on kids shows and was always in the garden at children's parties, getting them to do games, to give the mums a break. He donated his Disney costumes to Wains World and charities and used them in St Patrick's day and Christmas parades,” reminisced Pauline.