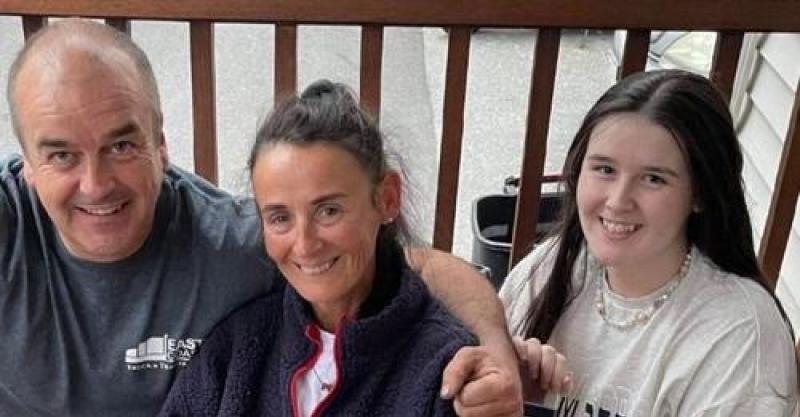 An Inishowen woman is halfway through her cancer treatment in the States and is responding well.

She is currently resting in preparation for a course of chemotherapy.

He added: “She is recovering from the surgery and will not be receiving her chemotherapy for at least another week. According to her husband, Eamonn, she was tired after the surgery, naturally enough.”

Vivienne arrived in Boston on July 27, 2021 and two days later was seen by Dr Bruce Giantonio, a medical oncology specialist at MGH with 34 years of experience in the medical field. Eamonn and daughter, Chloe, a champion boxer with the Illies Golden Gloves Club, are currently in Boston also.

Dr Giantonio examined Vivienne and developed a treatment plan for her. She has now completed four of her eight cycles of chemotherapy.

“The chemotherapy left Vivienne feeling very tired but luckily she did not feel sick during or after the sessions. Most importantly, the chemotherapy did its job. The largest tumor shrank enough to enable Vivienne to undergo last week's surgery.

She will shortly resume chemotherapy to eradicate any of the remaining cancerous cells.”

Thanking the 1,400 people who have donated towards Vivienne's treatment, Victoria Naughton said: “Your generosity has allowed Vivienne to fly to Boston and start this life-saving treatment.

“You have all been so generous already. You have kept Vivienne in your kind thoughts and prayers. I wish I did not have to ask this, but I do. Can you donate a bit more? Vivienne has responded so well to the treatment received, let’s pull together and raise the funds necessary so she can focus on her treatment and not worry about finances.

“Any amount is greatly appreciated. Please donate whatever you are able to and please share this fundraiser. As I said before, I have no doubt that we can raise these funds. The Irish community is a tight-knit, strong and generous group. Those affected by cancer are the same. Let’s do this.”

In an effort to boost the GoFundMe total, Spencer Lynch revealed he was organising a fundraising raffle.

He said: “I recently bought a 1959 Austin Cambridge car from a friend of mine in Burnfoot and I am going to raffle it off, with all of the proceeds going towards Vivienne's treatment fund. I am hoping to raise about €10,000.

“I would also like to thank everybody who has already donated, from the bottom of my heart. Vivienne is past halfway. And we just want to keep the ball rolling now.”