Ireland's oldest illuminated manuscript, The Cathach, was held in the custody of the Mac Robhartaigh family, in a monastery in Ballymagroarty, Ballintra. 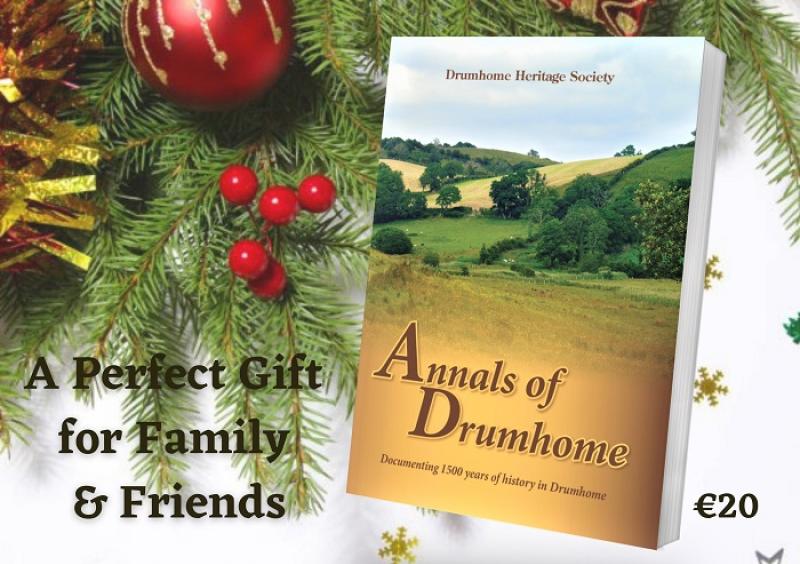 The Annals of Drumhome documents 1,500 years of local Donegal history

Annals of Drumhome is a new local Donegal history publication, researched and compiled by Drumhome Heritage Society.
The book follows a chronological path, beginning away back in the 4th century and continues right up to the 21st century. Annals of Drumhome is a written record of important dates, events and stories which happened in, or had a consequence in, the Drumhome area.
The idea of creating an Annals of Drumhome came in 2019. The scale of this vast project did not materialise immediately. When the editing team looked at the timeline involved from pre-Christian right up to modern times the massive task loomed large ahead.

In a time of Covid-19 restrictions, the research was carried out both online and by sourcing all texts available which contained history of the area.
The publishers are greatly indebted to the many previous historians and writers, who have recorded the extensive history of the Parish of Drumhome, leaving a deep well of knowledge from which to draw for this publication.
They believe this is the first time Drumhome’s history has been compiled in a chronological manner.
This format helps to put local events in perspective of what may have been happening nationally or indeed internationally and emphasises the importance this special place had throughout history
This Annals begins in the late 4th century.

Ancient border
At that time Drumhome was a very important natural ancient border, where chieftains and High Kings fought to gain control. It was a place of great significance in the spread of Christianity due to the presence of a seat of learning, a monastery said to be established by St. Colmcille himself.
Saint Ernan, patron Saint and first Abbot of Drumhome is buried there with fellow monks. Saint Eunan, a native of Drumhome followed in the steps of Colmcille and traveled to Iona becoming 9th Abbot.
Ireland's oldest illuminated manuscript, The Cathach, was held in the custody of the Mac Robhartaigh family, in a monastery in Ballymagroarty, Ballintra. 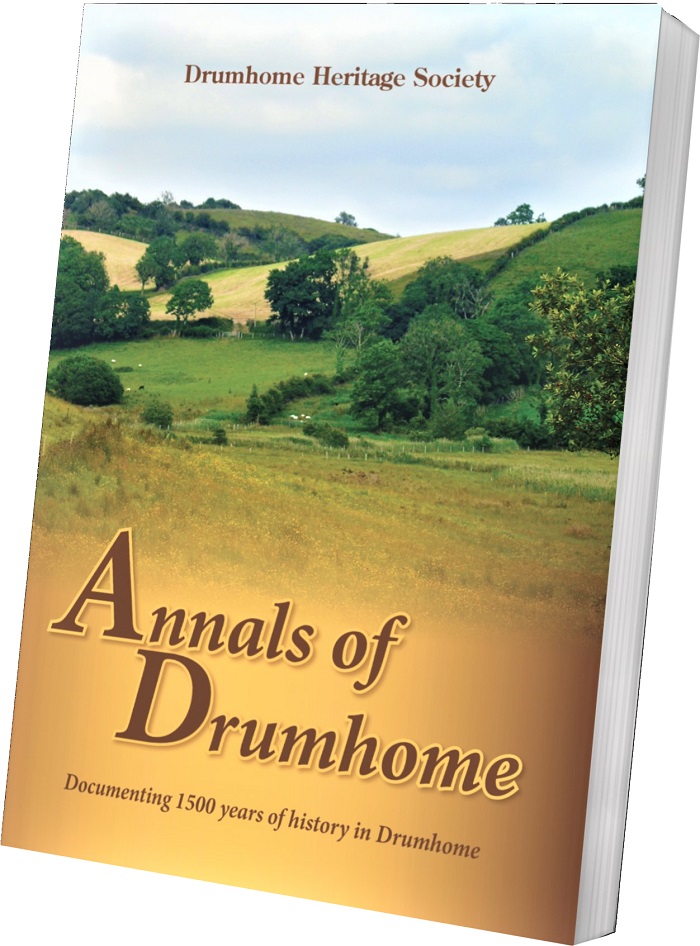 Annals of Drumhome brings us on a journey through the years and through the centuries, also documenting the O’Donnell clan in the region. The division of lands, the rise of English Ascendancy and the development of towns and villages are also recorded. The Annals documents how the area was affected by The Famine, Disease, Immigration, The Flax Industry, Great Storms, Tragedies, the arrival and demise of the Railway, The War of Independence, The First World War, The Second World War or Emergency as it was known, Local Industry, the formation of the Border, social history of local schools and Churches and much more.

Many of the articles contained have been discovered in archive newspapers and may not have been read since the year of their original print!

Annals of Drumhome also include some local poems and songs which were inspired by an important event or tragedy. Articles contributed by Trevor Johnston, Brian Curristan and Josephine Griffith Quinn recall fond memories of village life and school days in Ballintra and Laghey. These stories and poems are sure to jog some precious memories of that special area.

In addition, Annals of Drumhome is packed full of new and old photographs, to enhance the articles and stories contained.
The Drumhome Heritage Society research and editorial team have worked tirelessly and ambitiously for over two years, to bring the reader a well-constructed, yet easily accessible publication which will warrant a place in your homes for many years to come.

This is a book which can be taken down and flicked through at any time to find that little nugget of information you never knew before, about the place called home - Drumhome.