Tickets on same from Thursday, December 9, 2021 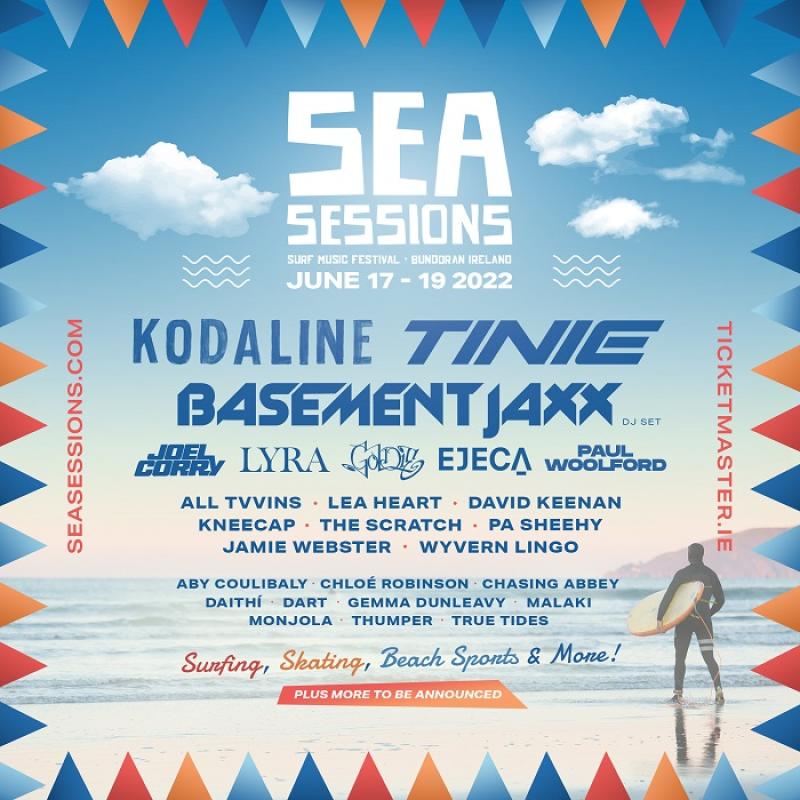 Bundoran's Sea Sessions, Ireland's only Surf and Music Festival, is back in 2022 with possibly their most stunning line up to date, organisers say.

From Irish Chart toppers Kodaline to British Rapper Tinie Tempah and DJ’s Basement Jaxx to Joel Corry with a lot more in between.

Tickets are available from December 9, from all Ticketmaster outlets nationwide, www.ticketmaster. ie and www.seasessions.com. Priced from €119.90 for 3 days and €149.90 including four nights camping. There's also Surfers Bar (VIP) upgrades available from €60 extra along with Glamping and accommodation packages.

Sea Sessions started  in 2008 and has grown from strength to strength over the years. The last seven festivals have sold out well in advance and with such pent up demand 2022 should be no different, the festival organisers have said.

The whole party takes place right on the beach in Bundoran, and has hosted some of the biggest International acts on the circuit including the likes of Dizzee Rascal, Bastille, Dermot Kennedy, Primal Scream, Paul Weller, Clean Bandit and Picture This to name but a few. Alongside music, there’s also Ireland's biggest Surf Comp’, Skating, BMX, Street Art, Beach Sports and much more packed into the three full days of partying by the beach.

Ray O’Donoghue, Festival Director said: “It will be a full three years since the last Sea Sessions so we can’t wait to get back to full strength.

"We’re really happy with how the lineup is looking for 2022 and there’s a whole lot more surprises to come. We have no doubt  that this will be the strongest lineup yet. Bring on The Summer.”