'The Glashedy Giant' available for Christmas 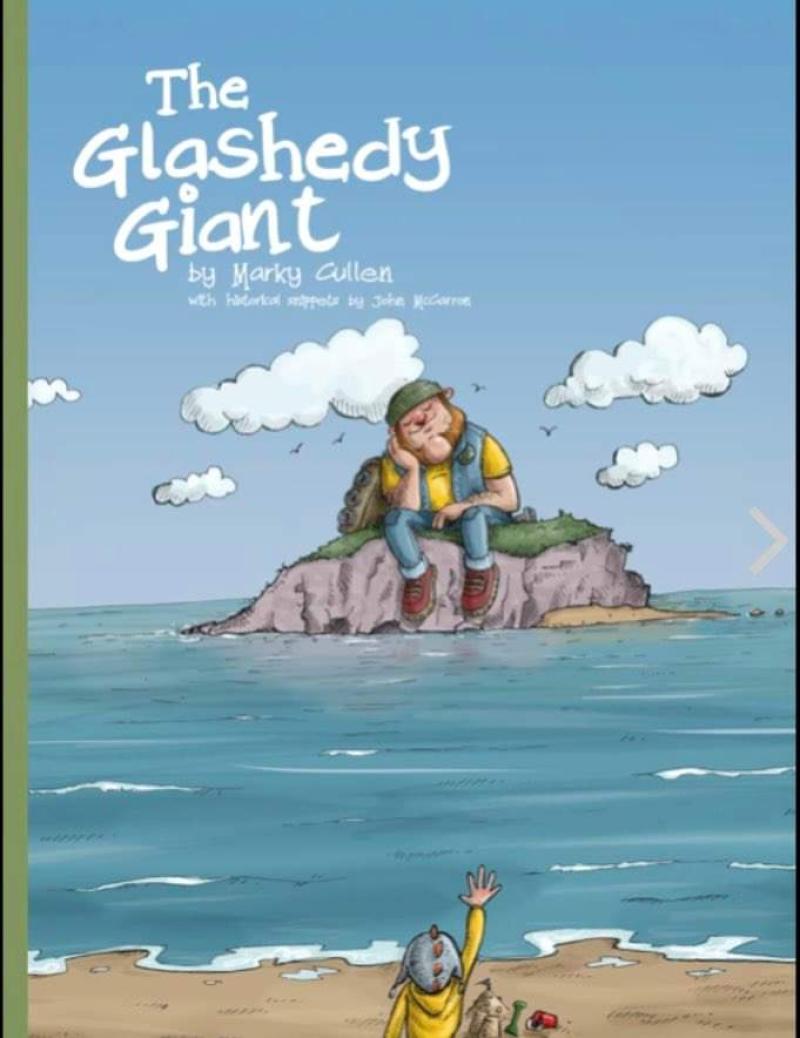 'The Glashedy Giant' available for Christmas

A new book by first time author Mark Cullen has been launched at Artlink in Inishowen's Fort Dunree.

Titled 'The Glashedy Giant', the book is aimed at children and adults alike and tells a tale of a giant and his young friend who visit the famous sites of Inishowen on an adventure.

'The Glashedy Giant' has already generated a lot of interest locally and pre-orders have been flying in, such is the interest.

A Fahan man, Mark, has a long career in animation and computer games. He said ‘The Glashedy Giant,’ was inspired by his five-year-old son, Lemmy.

Mark said: “The giant, who travels with Lemmy around the Inishowen peninsula, lives at Blanket Nook , beside Burt Castle. Why he’s called the Glashedy Giant is explained in the book.

“The story will appeal to children, but there is also local historical information on each area included for adults, after I enlisted the help of local historian, John McCarron. John penned historical snippets of each of the ten sites which Lemmy and the giant visit, including Burt Castle, Malin Head and Dunree Head.

“I have also released an activity/colouring in book and a set of ten postcards featuring artwork from the book. All this and the book will available to buy from the website www.theglashedygiant.com from Friday December 10,” said Mark.

Artlink will also have a stall at the St Mary’s Hall Christmas Craft Fair in Buncrana on December 18.