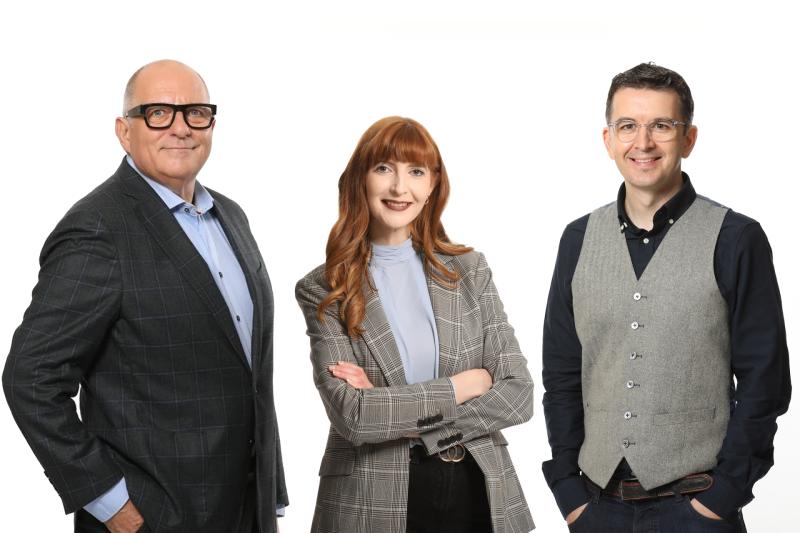 A Donegal-based architectural firm are taking part in a brand new four-part original series for RTÉ One. Tonight’s programme will see award-winning Donegal architect Declan McCabe and his team redesign a bungalow in Inver.

The series which is  presented by Hugh Wallace will see four innovative architects paired with four first time bungalow homeowners, who are desperately seeking a solution to their dark, damp and dated homes.

Under the practiced eye of presenter Hugh Wallace, the four celebrated architectural practices will redesign four humble bungalows and transform them into beautiful bespoke homes fit for the way people wish to live today. The series will showcase not only the transformative effect good architecture can have on our lives but also on our landscape.

Tips and tricks to make your own natural Christmas decorations

Each episode will concentrate on the trials and tribulations of one project, its owners and their architect as they strive to create their own perfectly formed bungalow bliss.

McCabe architects step up in episode three to help transform the house of an Irish dancing family who bought a house in Donegal. Jonny, Claire and their two children are from County Leitrim. Jonny and Claire met in the 90s as dancers in the original Riverdance line up, and after many years dancing for their living, the young family moved back to Leitrim in 2013 to set up an Irish dancing school. The McMorrow family share their home with the dance school and it can be very difficult to switch off and have their own alone time as a family. They bought a 1990s bungalow an hour away in Donegal which when renovated will become their weekend home. Their architects are Declan and Anita from McCabe Architects. Their speciality are bespoke designs all along the Wild Atlantic Way of Mayo, Sligo and Donegal.

My Bungalow Bliss airs on RTÉ on Wednesday night at 9.35pm.