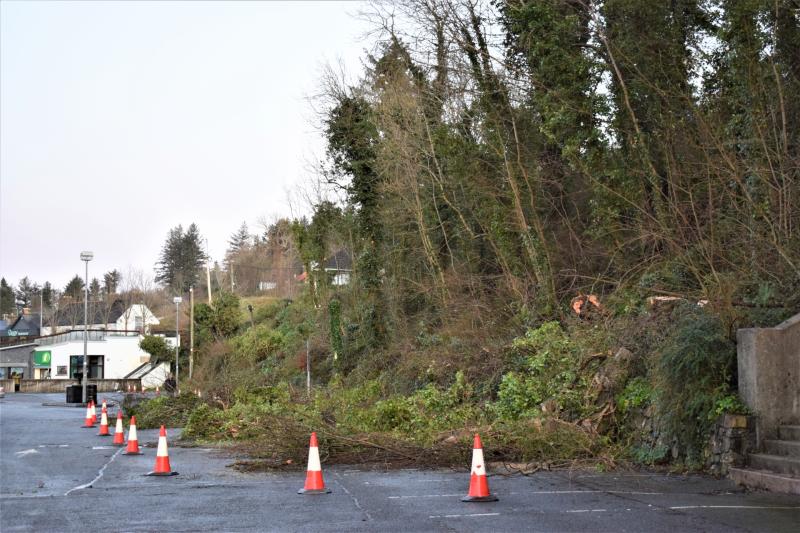 Donegal County Council workers had to clear 55 fallen trees from roads in the Municipal District (MD) of Donegal alone during and after Storm Barra.

Road crews worked in challenging conditions to get roads reopened as quickly as was safely possible.

The damaging gusts and high winds of Storm Barra highlighted the risks of falling trees and as a result, further trees are being felled as a precautionary measure.

One such area is the pier car park in Donegal Town where a bank of older trees rises steeply from the parking area.

“It is being undertaken for health and safety reasons as there are a number of trees dangerously overhanging the public car park. There are also a number of trees higher up the bank that are being cut as they are falling over and leaning on other trees.”

The spokesperson stressed that only the trees that were considered dangerous to the public and that could be accessed at this time were being removed. Some trees could not be accessed due to structures in the area.