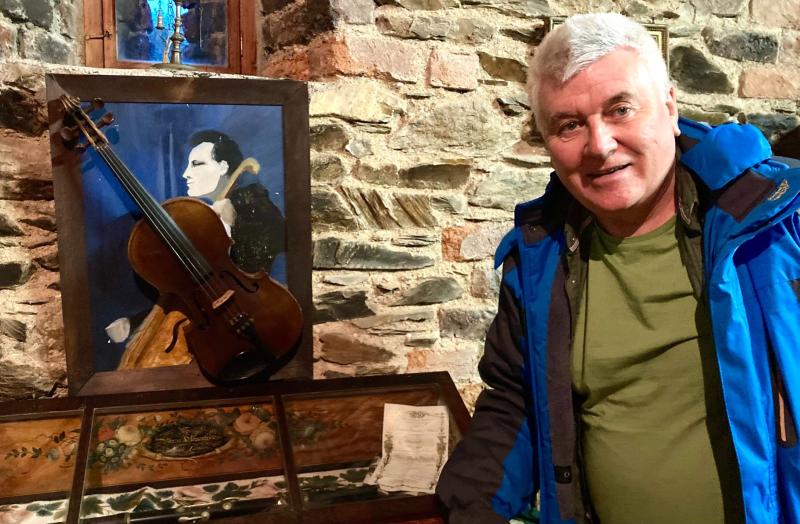 Due to restrictions imposed by the Government in view of the spread of the Omicron variant of Covid19 an attempt in the Gaeltacht to break six fiddle-playing Guinness World Records has been delayed.

In lieu of the world record-breaking event and to maintain interest, the organisers will launch an online five-minute fiddle-playing competition with prize money, with information on it posted on the ‘Fiddles and Faeries’ website (fiddlesandfaeries.com).

“The world record-breaking event would have involved hundreds of musicians and under present circumstances, it would be foolhardy for any event involving groups of people to go ahead over the next few weeks,” said Sean Hillen from Bun na Leaca, lead organiser of the event.

“Peoples’ health - maybe even their lives - are at stake and that is, of course, far more important than any event of any kind taking place, no matter what it is. Hosting events in these dangerous times amounts to sheer irresponsibility.”

The fiddle-playing event, which would be a record even for Guinness World Records itself, has three main aims - to support a number of charities including Alzheimer’s, motor neurone disease, cancer services, and the debilitating genetic condition, amyloidosis, also known as Donegal amy due to its prevalence in the county; to highlight the rich treasure of arts and cultural talent in Donegal; and to emphasise the urgent need for regeneration of rural Ireland to preserve its long-held traditions.

Sean added, “All of the people involved in the project are naturally deeply disappointed as hundreds of hours of work had already gone into preparing for it, including an official ‘Fiddles and Faeries’ website (fiddlesandfaeries.com) established, which will be bilingual within the next few weeks.

"Fiddle players from all over Ireland, Scotland, England, Wales, Canada and the US, passionate about their music, were enthusiastic to participate. I should emphasise, our decision is to delay the event, not to cancel it. We are confident it can go ahead later, probably in the Spring of next year, when social restrictions have been lifted.”