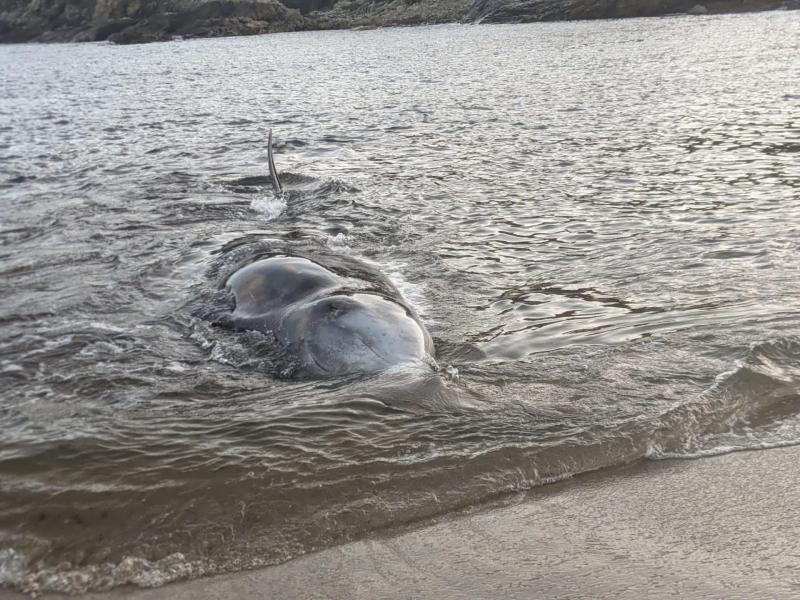 There has been a recent spate of strandings reported to the Irish Whale and Dolphin Group (IWDG), including two in Donegal.

On December 27 alone, six animals were reported with three of these being live strandings.

One common dolphin was reported live stranded from Galway with serious injuries. The dolphin died within 20 minutes of IWDG arriving to the scene.

A second common dolphin was reported live stranded from Mulranny, County Mayo. A local rescue group refloated this animal and it was not seen again.

The IWDG spokesperson said: "National Parks and Wildlife Service received a video of a dolphin swimming in the area the day before.

"Although it can not be confirmed, the video paired with the fresh state of the carcass suggests this may have also been a live stranding."

Another common dolphin was reported from Greenore, County Louth, also in very fresh condition. The IWDG local group in Louth were mobilised.

The spokesperson said: "Due to the advanced state of decomposition, we were unable to determine the species, and will therefore have to be logged as 'dolphin species.'

"Please continue to report all strandings to the IWDG so we respond immediately and monitor the status of our whales and dolphins."

Strandings and sightings can be reported at www.iwdg.ie or via the IWDG reporting app.