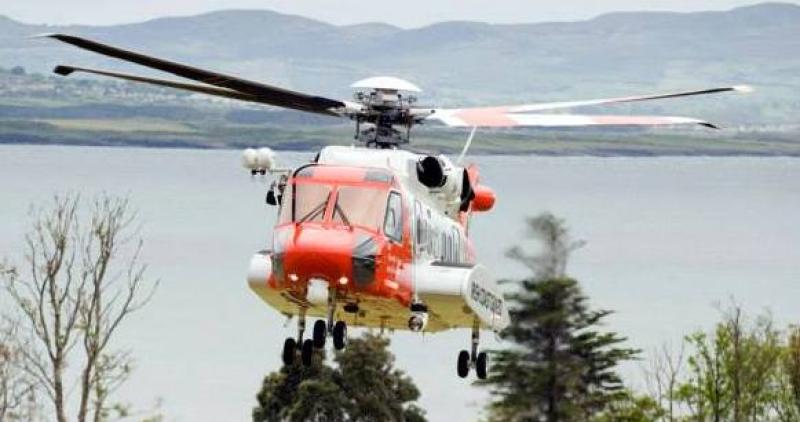 Rescue 118 covers Donegal and its coastline from Sligo Airport

Concerns have been expressed over the procurement process for the next Search and Rescue (SAR) helicopter contract for the Irish Coast Guard.
The matter has been raised by Independent Senator Gerard Craughwell, as a matter of urgency, after the government commenced the first stage of the tender process through the release on eTenders of a Pre-Qualification Questionnaire (PQQ) and Response document for candidates to complete, just before Christmas.
He has pointed out that the Department of Transport has already ruled out the involvement of the Air Corps from one of the country’s most important and strategic services for its citizens.
SAR had been deployed and operated out of Finner Camp by members of the Irish Air Corps for decades, until the essential national coverage was transferred to Sligo Airport and private operators.
The PQQ itself sets out certain criteria to determine which operators have the capacity to perform the contract with a closing date for replies to the PQQ little more than two weeks away, on January 26, 2022, he explained.
“In other words the PQQ was issued just as the Oireachtas went into recess and the PQQ closes just days after the Oireachtas returns,” he added.
“I am deeply concerned at many of the aspects surrounding this entire process and as we know from the report of the fatal crash of Rescue 116 and the various reports of the C&AG historically there has been little oversight of procurement at the Department of Transport and/or the Irish Coast Guard.
“It is my understanding that the Department has ruled out the Irish Air Corps from providing any part of the next SAR helicopter or fixed wing. This I understand is as a result of the business case which was completed by KPMG on behalf of the Department.
Senator Craughwell claims that in arriving at the business case KPMG did not have the expertise to appraise the aviation needs etc and they employed a company called Frazer-Nash.
He added: "At that time Frazer-Nash were wholly owned by Babcock. Babcock is one of the largest providers of SAR services worldwide and are a likely tendering company for the Irish contract,” he said.
He has now called for the SAR business case to be examined by an Oireachtas committee whether the Transport committee or the Public Accounts Committee, as “a matter of urgency”.