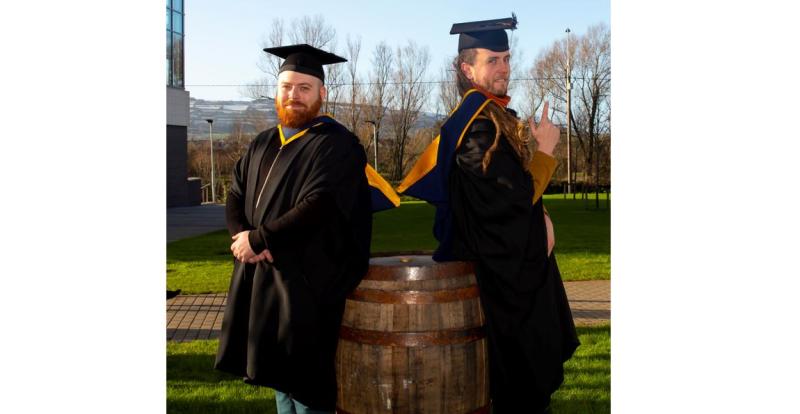 A Donegal man is among the first group of people to graduate from a third level institution that has a special dedicated course in brewing and distilling.

Sean Murray (right) along with Brian Gleeson (left), from Tipperary, were at the first ever conferring ceremony for IT Carlow’s Bachelor of Science (Honours) in Brewing and Distilling Programme.

This four-year course, which is the first undergraduate brewing and distilling degree in Ireland, equips students with the necessary scientific knowledge and is designed specifically to meet the demands of a growing industry.

The conferring is one of 20 such ceremonies taking place until January 12 that will see over 2500 graduates conferred with degrees, higher degrees and doctorates across the Institute of Technology Carlow campuses and locations in Carlow, Wexford and Wicklow. Photo: Mary Browne