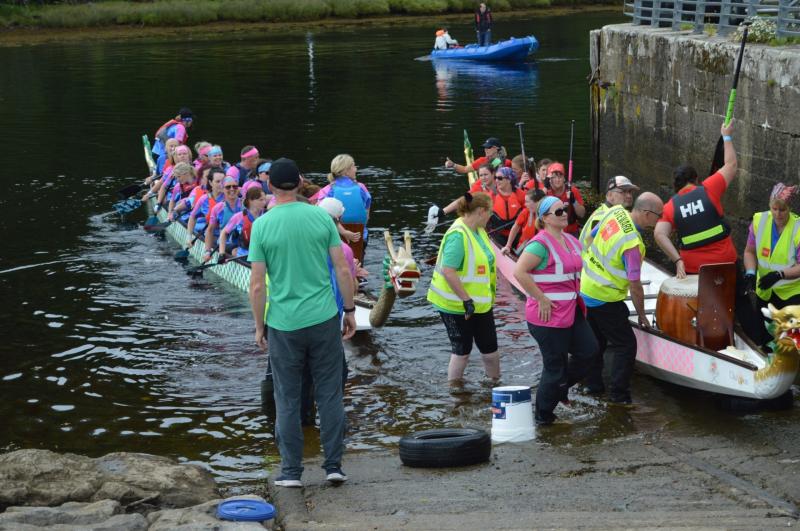 Dragon Boat racing one of the many activities taking place on Donegal Bay. PHOTO: Blaithín Murphy

A blueway from Bundoran to Glencolmcille would greatly benefit businesses and community groups all along the Donegal Bay area.

That is according to Cllr Niamh Kennedy (Ind) who raised the matter at Tuesday's meeting of the Municipal District (MD) of Donegal.

“A blueway to me is the best way of branding Donegal Bay,”said Cllr Kennedy.

“We have surfing and sailing, to the Waterbus and cruise ships and Sliabh Liag Boat Trips, all of that is already in place.

“We are not reinventing the wheel, it is about marketing what we have. Donegal Bay is the largest bay in the country. We should be promoting it.

“Donegal Dragons are doing fantastic, putting up a lot of photos. And there is great work being done in Rossnowlagh and Bundoran.”

Cathaoirleach of Donegal MD, Cllr Barry Sweeny (FG) agreed, saying it would tie in well with the Wild Atlantic Way and plans for a coastal path.

He added that it would also work well with a proposed greenway on the Erne.

“To have that tied in with our local tourism makes sense,” he said. “And there are so many possibilities and funding available.”

He stressed the importance of Donegal MD getting its own Development Officer in place in order to maximise opportunities and help local groups to secure funding.

“We are shouting that from the rafters for a long time,” he said.

The matter will be discussed further at an outdoor recreation development workshop on Wednesday.