At last! New home for Donegal bottle bank will make life easier for its users 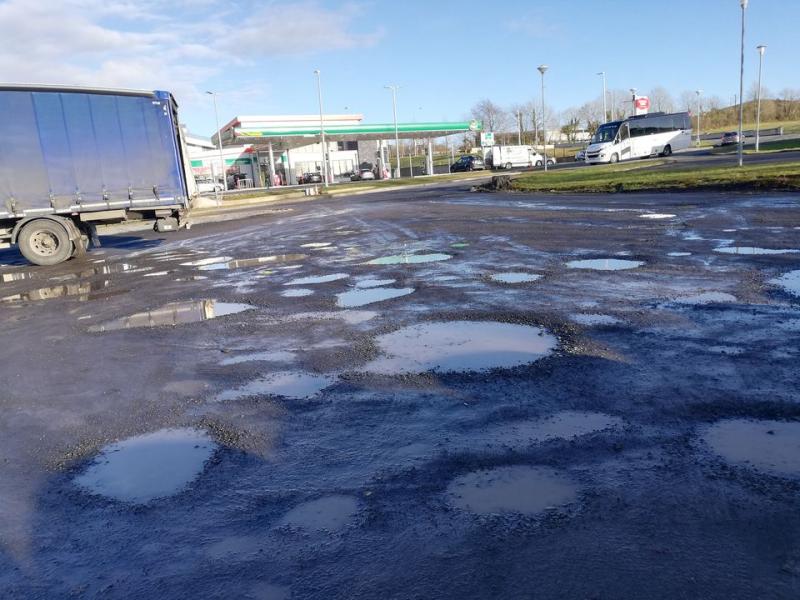 A new location has finally been secured for the bottle banks in Donegal.

This has been called for by councillors and local people in the area given the poor condition of the surface at its current location behind the fire station in Drumlonagher.

Fiona Kelly of Donegal County Council’s Environment section gave councillors the welcome news at Tuesday’s meeting of the Municipal District (MD) of Donegal. She told them that the bottle banks would move to a council-owned site by the Craft Village on the Ballyshannon Road.

Ms Kelly said she hoped the new site would be ready within the next few months.

The current site is regularly used by HGVs for overnight parking. As a result the surface is in very poor condition despite the best efforts of Donegal County Council’s road team.

Cllr Micheál Naughton (FF) said: “I welcome the movement of the bottle bank in Donegal Town. It has been a hot topic here at manys a meeting.

“Mark [Sweeney] and his team filled in the potholes in November and it was as bad as ever again in December.

“Now that we have a new home for the bottle bank, the sooner we get it up and running the better.”

Cllr Tom Conaghan (Ind) said: “I would like to thank Fiona and team for getting the bottle bank sorted out. It is very important for Donegal Town and surrounding areas.

“My ears have been hot for a while but I suppose that is what I am here for.

“I am happy that it is being moved and I hope that people that were complaining about it will be happy too.

“Hopefully there will be less wellingtons needed at the new one.”

Cathaoirleach of Donegal MD Cllr Barry Sweeny (FG) said: “I am very happy to see the bottle bank moved there and I think the experience of going to the bottle bank will be much improved with a browse around the Craft Village and have a bowl of soup or a coffee.”