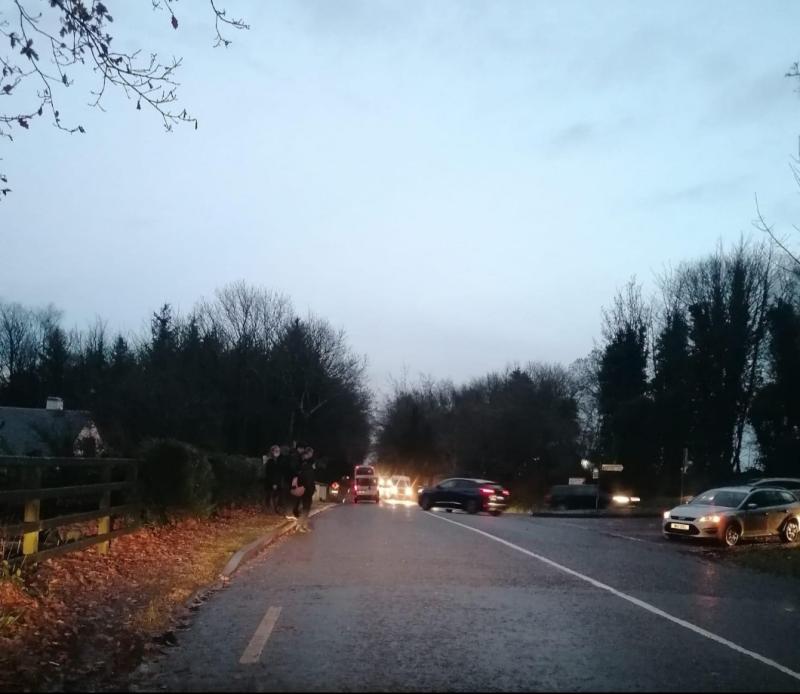 Bus Éireann has agreed to change what a group of concerned parents in Donegal had described as a “dangerous” bus route, in the interests of their children's safety.

The parents had first contacted Bus Éireann regarding the post-primary bus stops at Birdstown, Burnfoot in Inishowen in December.

They received an email from Bus Éireann this morning which said: "Bus Éireann will implement your request for the secondary school bus to Buncrana Post Primary centre to be re-routed around the road between Barr's quarry crossroads and the T junction where the R238 joins R239, similar to the same route taken by the Primary school service in this area.

"The bus operator will announce the service for the the next few days that this change will take place from Monday, January 17.

"Hoping this alleviates your concerns."

Speaking to the Inish Live, parent, Colm Doherty, said he was "delighted".

Before Christmas, Colm had voiced concern about the two stops along a very busy main road.

He said: “One is opposite Barr's Pit, which is in operation, meaning large lorries are coming and going whilst the children are waiting on the bus and getting off the bus.

“Between the two stops, we have 19 children using these stops. Not only is it a huge danger to their lives but to their families parked in cars to collect them, and to other road users. At the T junction, the cars are parked to the left of the road, with a least four cars lined one after the other. This leaving the fourth car seriously close to the white line as the road narrows.

“The mornings and evenings are dark in these winter months. I am extremely worried using these bus stops, as it is plain to seen it is a danger to everyone using the road.

“We have approached Bus Éireann and the local bus provider but to no avail. We have a perfectly reasonable and well thought out alternative route, which would accommodate all 19 children and their families, taking all the risk away from the main road, thus making it safer for other road users too.”

Mr Doherty explained that the parents' preferred route was the one used by the primary school bus.

“In that instance, the bus turns up left at Barr's Pit and goes down the road about a mile along the back road, turns up right and goes back on to the main road. That is how simple it is.

“Bus Éireann's response to our request was that it would incur too much cost and time to change the route. I was extremely disappointed and shocked at this response, especially when the alternative route is used for our national school children.

“I guarantee you, it is only a matter of time, before someone sitting in a car waiting or a child is going to get killed. You can't put a price on anyone's life. A few years ago a car came across that island, exactly where the young people stand.”

She said: “It is the lives of 19 children and their families being put in danger morning and evening at these stops. As a community we are genuinely worried for the safety of our children.”

At that time, Inish Live asked Bus Éireann for a comment on the Birdstown bus stop situation.

In a statement, it had said: “Bus Éireann operate the School Transport Scheme on behalf of the Department of Education.

“All students on this route currently have a service within the guidelines of the School Transport Scheme.

“Following recent representations, a Bus Éireann supervisor reviewed the current pick-up and drop off locations on this route and determined that they are deemed as safe as other pick-up points within the county.

“The guidelines of the School Transport Scheme outline that parents/guardians are responsible for ensuring that children are brought safely to and collected from pick up and set down points.” said Bus Éireann.

Donegal TD Pádraig Mac Lochlainn, who also contacted Bus Éireann on behalf of the Birdstown residents said the company should meet with the parents concerned to enable further engagement to address the issue.

In a response to Deputy Mac Lochlainn, Bus Éireann said it had looked into the request for the bus to be re-routed past Barr’s Quarry.

It added: “This this request has been declined as all pupils travelling on this school service have a service within the Department of Education’s School transport scheme guidelines (available at www.education.ie) and the proposed extension would incur additional mileage, time and cost.