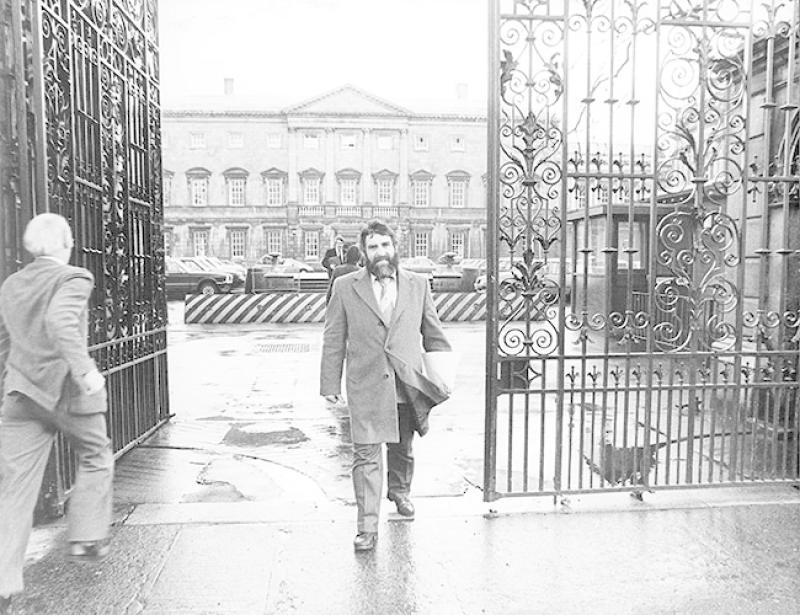 ‘Collusive behaviours’ have been found in the murder of Eddie Fullerton, the North's Police Ombudsman has found.

The findings are contained in a comprehensive report into the RUC handling of attacks by the UDA/UFF in the North West between 1989 and 1993 which resulted in 19 murders and multiple attempted murders.

Mrs Marie Anderson has also raised significant concerns about the conduct of the RUC.

Cllr Fullerton was shot dead at his Buncrana home by the UDA/UFF in May 1991. The car used by the gang was later found burned out at Culmore across the border in Derry.

She also said that the RUC failed to notify Cllr Fullerton or the Gardaí of a direct threat to his life by loyalist paramilitaries.

“I have found no evidence that the RUC made either Mr Fullerton or AGS (gardaí) aware that personal information relating to him had been found in a loyalist intelligence cache in Derry in November 1989,” Ms Anderson said.

You can read the full report here: https://www.policeombudsman.org/Investigation-Reports/Historical-Reports/Collusive-behaviours-but-no-prior-knowledge-of-att