'Collusive behaviours' found in the murder of Eddie Fullerton 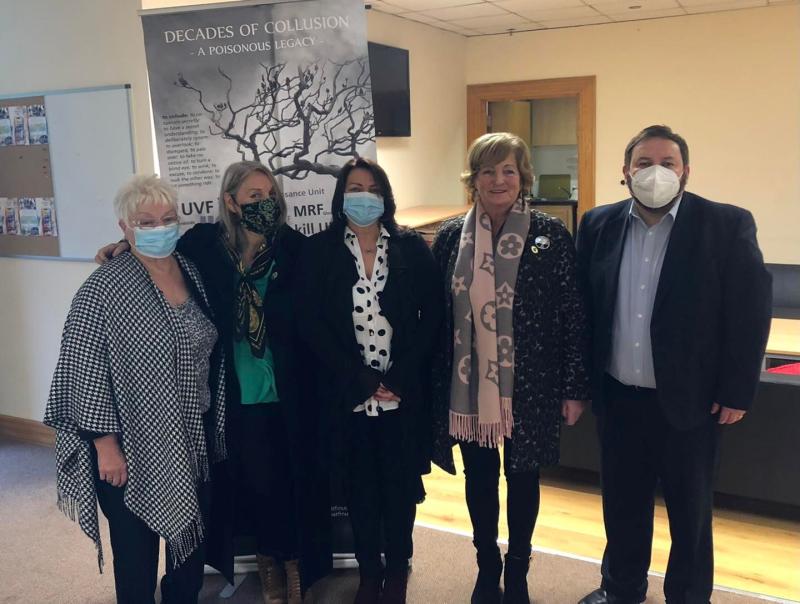 The Irish government has been urged to demand the full truth of British state collusion in mass murder across the island of Ireland.

Donegal TD Pádraig Mac Lochlainn was speaking following the publication of a report by the Police Ombudsman in the North on the murders of 19 people by the North West UDA between 1989 and 1993, which included that of Sinn Féin councillor Eddie Fullerton, who was assassinated at his home in Buncrana in May 1991.

She also said that the RUC failed to notify Cllr Fullerton or the Gardaí of a direct threat to his life by loyalist paramilitaries.

Sinn Fein TD Padraig Mac Lochlainn described the report as 'damning' and that it was vindication for the families of victims.

He said: “This is a damning report and is a vindication of the families of these victims, who always alleged British state collusion, and who have tirelessly campaigned for the truth over the decades since.

“They armed them, trained them, provided them with the intelligence on their victims, and actively assisted and covered up their crimes.

“This report also demonstrates why the British Tory party are seeking to introduce an amnesty for their state forces.

“The Tory government simply does not want the full truth emerging about the central role of the British state in the conflict to emerge.

“The families of the victims of this relentless assault on nationalist communities have fought them every step of the way, and today is another vindication of their bravery and determination.

“As a Donegal TD, I have particular admiration for the efforts of the family of Sinn Féin councillor Eddie Fullerton over the last 30 years.

“They have now been vindicated by this report.

“We now know what happened in North and West Belfast, South Down, Armagh and the north of Ulster.

“We know what happened with the Glenanne gang and their victims, amounting to over 120.

“The Irish government must now act on this report and demand that the full truth of British state collusion across the island of Ireland is revealed.

“They must also insist that the amnesty for British state forces is stopped and that the legacy mechanisms in the Stormont House Agreement are implemented in a human rights compliant manner.”