Animals in Need is a wonderful facility in Donegal

An injured dog rescued by Donegal Animals In Need (AIN) on Christmas Day successfully underwent surgery during the week and is now recovering.

The dog, named Dee, was found lying in the road in Inishowen, having been hit by a car.

The Gardaí who found her contacted AIN and a volunteer collected her and took her to the emergency vets in Carndonagh where x-rays revealed she had a broken femur and a loose bone fragment, which would need surgery.

After a few days at the vets receiving pain relief and crate rest, the dog was collected by AIN and brought to a foster home in Donegal Town to await surgery.

Dee is recovering well from the operation on her leg and is on crate rest apart from toilet breaks and to eat.

In addition to her injuries, Dee was seriously emaciated when she was found; she was not much more than skin and bone. 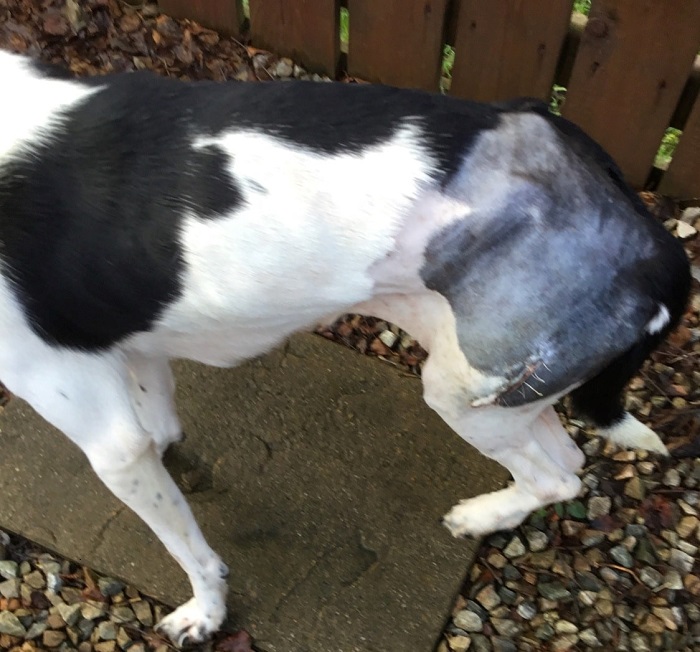 DEE'S LEG AFTER HER OPERATION

Since Christmas she has already gained 1.5kg at her foster home.

Dee has a long road to recovery but will stay in her foster home until she is completely mobile once more.

A cat missing from Bruckless miraculously survived after being caught in a snare for eight days. 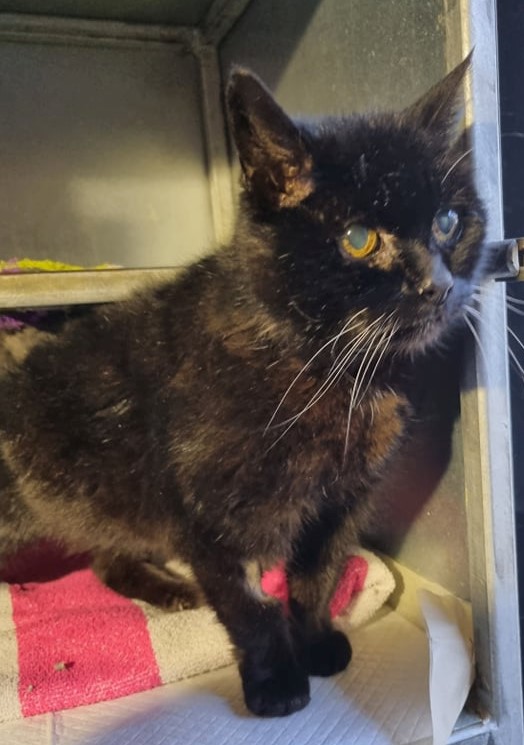 The cat had uncharacteristically gone missing from his home on New Year’s Day and despite appeals for information on his whereabouts and his owners searching the area for him, there was no sightings of him.

After eight days his owners were alerted to a commotion as the cat dragged himself home down a hill with a heavy snare still attached to his front foot.

The cat was rushed to the vets where he is being treated for shock, hypothermia, pain and infection but it is hoped that he will not lose his foot.

Laying a snare is an extremely cruel and stupid thing to do. In addition to the danger posed to animals, a child could just as easily have stepped on it and been seriously injured or scarred for life.

Fingers crossed that poor Figaro the cat will make a full recovery.

An elderly cat called Olivia was rescued after she was spotted straying in Crolly over the Christmas period.

She is around 15 years old and had cat flu but she had already been neutered and was clearly a pet at some point.

Despite online appeals, no owner has come forward and her condition reflected that she had been straying for some time.

An injured, sick cat was found in Letterkenny on Monday last but thankfully was reunited with her owners, who were due to take her to the vets when she went missing.

Despite the cold weather, tiny kittens are still being found around the county, the latest three were brought to AIN after being born outside to a feral cat.

It was a good week for rehoming, with a number of cats and kittens going to their new homes.

Finally, AIN would like to say a huge thank you to everyone who donated towards Dee the dog’s surgery. It is much appreciated.