When job reductions are taken into account, there was a net increase of 136 jobs 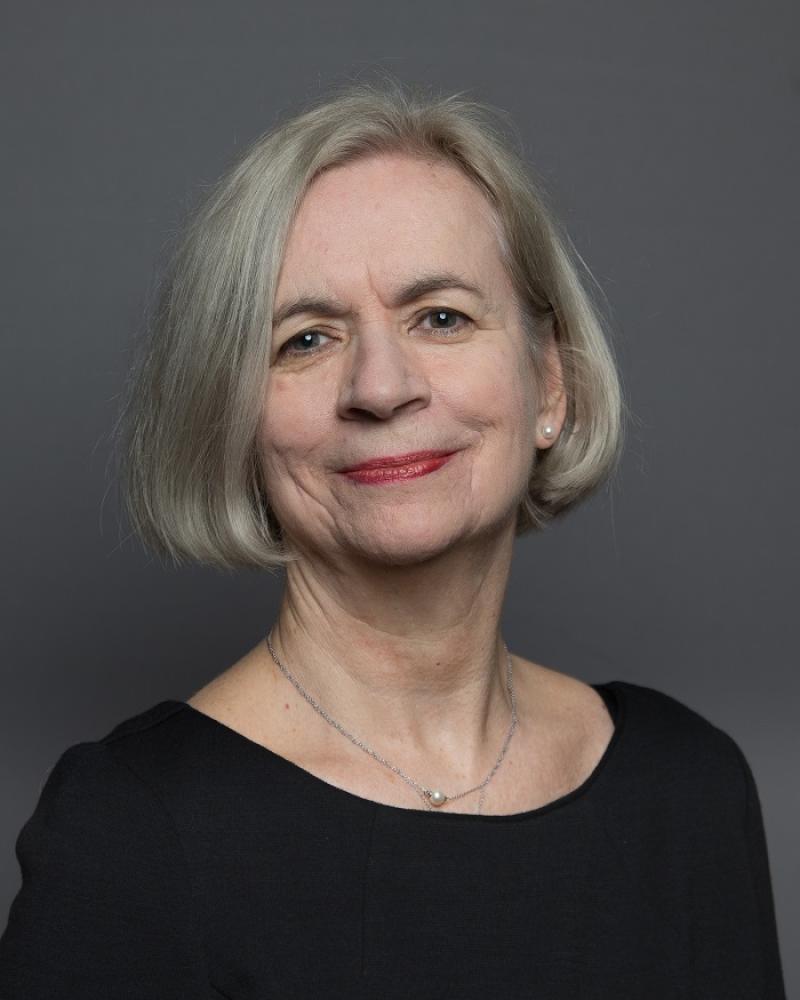 Udárás na Gaeltachta say that last year was a record breaking year in terms of job creation in Donegal.
They revealed this week in their annual report that a total of 286 new jobs were created in the Donegal Gaeltacht during 2021 making it the largest number of jobs created in a single year in the county since 2008.

The overall objective of Údarás is to ensure that Irish remains the main communal language of the Gaeltacht areas and is passed on to future generations.

And its endeavours to achieve that objective by funding and fostering a wide range of enterprise development and job creation initiatives and by supporting strategic language, cultural and community-based activities.

The annual Udárás report published this week revealed that when job reductions are taken into account, there was a net increase of 136 jobs or 6.3% in employment, resulting in 2,304 full-time jobs in Údarás na Gaeltachta’s client companies at the end of the year.
Randox, ProAmpac, Fáisc Miotail Éireann, Snáth Dhún na nGall, Kombucha Éireannach Teo, Pangea Effect Teo and Cora Tine Teo/Kelsius were among the companies that created jobs in 2021, the report indicates.

Donegal's Anna Ní Ghallachair was appointed Chairperson to the Board of Údarás na Gaeltachta in 2018.
The Arranmore native said:
“The Board of Údarás na Gaeltachta take significant encouragement from these employment figures and the progress that is evident in certain medical and scientific sectors which provide high quality job opportunities for Gaeltacht communities.
“A significant milestone has been reached in terms of language planning thanks to the diligence of the Gaeltacht communities in preparing the plans.
“ For the first time, language plans will be implemented at a community level in every Gaeltacht community in 2022 supported by direct investment in those language communities.” 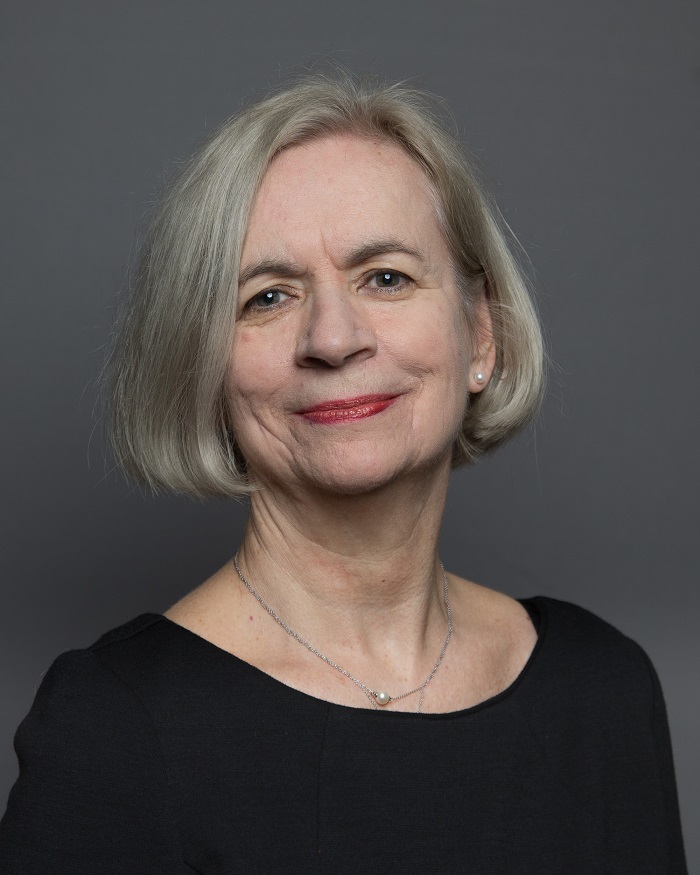 New Projects
The Board of Údarás na Gaeltachta approved a number of new projects for the Donegal Gaeltacht during 2021, which will create 156 new jobs with an estimated total investment of over €3.95 million planned when these projects are up and running.
In their report they reported on myroad ventures and job creation initiatives in which they played a part in. These included:

Memorandum of Understanding signed by Údarás na Gaeltachta and LYIT
Údarás na Gaeltachta and Letterkenny Institute of Technology (LYIT) signed a Memorandum of Understanding during the year to examine opportunities for the sharing of resources to assist each of the partners to improve service provision and collaborate on the promotion and use of the Irish language in training and development activities, along with promoting community development and social enterprise in the Donegal Gaeltacht.

Co-operatives and Community-based Organisations Scheme
A total of €818,400 was made available to eleven organisations under the Community Development Programme in the region with agreed community development programmes being implemented.

Social Employment Schemes
316 people were employed on social employment schemes in the Donegal Gaeltacht at the end of the year with 120 on the Rural Social Scheme, 130 on the Community Employment Scheme and 52 on the TÚS Scheme.
These schemes are managed by 14 supervisors, administered by An tÚdarás and funded by the Department of Social Protection.

Innovation in Cill Ulta
A suite of projects was announced for Lárionad Acmhainní Nádúrtha (LAN CTR in Cill Ulta, Co. Donegal, which could make a significant contribution to the green economy and in terms of global agriculture. Lárionad Acmhainní Nádúrtha CTR, an Údarás na Gaeltachta client in An Fál Carrach, is to participate in cutting edge research regarding new farming methods which could change aspects of farming not only in Ireland but worldwide.

LEADER Programme
The administration of the LEADER Transition Programme (2021-2022 in the Donegal Gaeltacht was operated by Údarás na Gaeltachta on the mainland and on Gaeltacht islands by Comhar na nOileán.
10 projects were approved under the programme in 2021 with grants totalling €296,195 (a total investment of €405,186.

Photovoltaic Project on Gaoth Dobhair Business Park
A community based renewable energy project, a 5mw photovoltaic project, located on an Údarás na Gaeltachta owned site on the edge of the Gaoth Dobhair Business Park is being discussed with the six community organisations in the parish of Gaoth Dobhair, namely: Comharchumann Forbartha Ghaoth Dobhair; Ionad Cois Locha, Dún Lúiche; Coiste Forbartha Dhobhair; Amharclann Ghaoth Dobhair; Coiste Forbartha Chnoc Fola and Forbairt Dhún Lúiche.
It is intended to establish a community-based company in due course to facilitate project development.
This development would greatly enhance the local community economy and would provide a source of income for the community development sector not to mention its impact on lowering Gaoth Dobhair Business Park’s carbon footprint while ensuring the park is self-sustainable and energy efficient.
A capital provision of up to €42,000 was approved during 2021 to carry out planning, engineering, design and related works.

gteic — Gaeltacht Digital Network in Donegal
There are 4 high quality digital hubs operating as part of the gteic network in Donegal
– gteic@Gaoth Dobhair, gteic@Cill Charthaigh, gteic@An Tearmann and gteic@Árainn Mhór.
gteic@Na Rosa has developed a space for twenty people, four stand-alone offices and shared desks in An Clochán Liath.
A client has already expressed an interest in locating their business in this gteic which will open in early 2022.
It is expected that gteic@Baile na Finne and gteic@Carraig Airt will be ready in the first half of the year and that the development of gteic@Toraigh and gteic@Gleann Cholm Cille will commence during 2022.

Language Planning
There are 8 Language Planning Areas (LPA) and one Gaeltacht Service Town in the Donegal Gaeltacht.
By the end of 2021, language plans were being implemented in seven LPAs, with a total investment of €750,000, with seven language planning officers and one assistant officer employed in the Donegal Gaeltacht. The implementation of the Toraigh LPA language plan commenced in the first half of the year and a language plan was approved for An Ghaeltacht Láir LPA in November.
The language plan for An Clochán Liath Gaeltacht Service Town was approved in July and its implementation will begin in early 2022.
The Minister of State for the Gaeltacht and Sport, Jack Chambers, T.D., officially launched the language plans for the Na Rosa LPA and the Dún na nGall Thuaidh LPA during the year.
While Covid-19 restrictions continued to prevent events being held in the LPAs, the lead language planning organisations completed a significant work programme.
The Gaelchara scheme was very popular in most of the LPAs which supported participants to improve their Irish in an informal environment and to take part in events.
Participating in a number of joint campaigns including An Ghaeltacht Faoi Bhláth, Comórtas Reatha na Gaeltachta, #SeoÍAnGhaeltacht, National Poetry Day and Culture Night.
Irish language plans were agreed with local schools to foster ties and strengthen links between the school community and the language planning process in the relevant areas.

“Gaeltacht communities and companies deserve huge recognition for their perseverance during this pandemic. The resilience shown has resulted in an increase in Gaeltacht employment over the past year.

"The challenges placed on Gaeltacht businesses and communities by this pandemic and Brexit are yet to be overcome but it is a source of considerable encouragement to see greenshoots of recovery by companies including the surge in the medical device sector in the Gaeltacht.

"Some of these indigenous companies are a real source of inspiration to others, those businesses that started out with just one or two employees and are now among the largest employers in the Gaeltacht.”