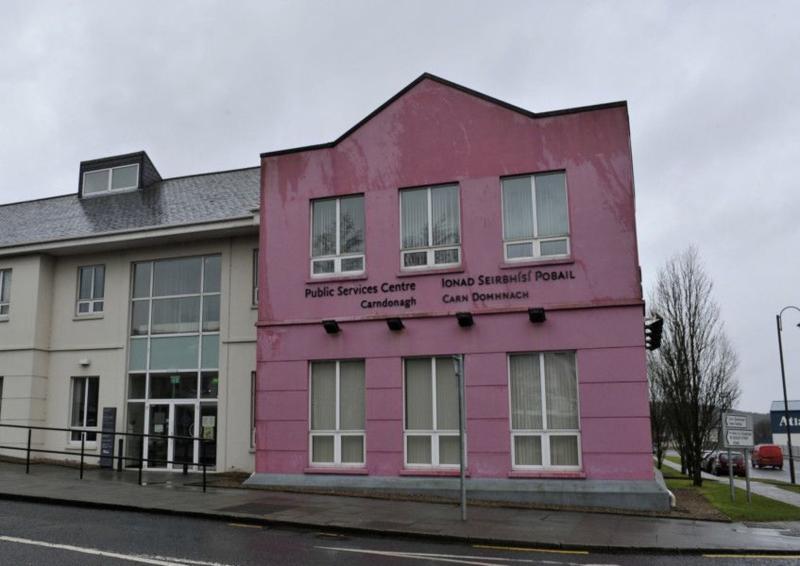 Calls have been made for Donegal County Council planning services to be restored to Carndonagh Public Service Centre.

Speaking at January's Inishowen Municipal District meeting, Councillor Martin Farren (Labour) commended the “tremendous” amount of Inishowen related work the planning section had done in the past year. 640 applications were processed in the 12 months to the end of November 2021.

The online meeting began with councillors, staff and members of the press observing one minute's silence in memory of the late John Kelly from Buncrana who died on Friday and Ashling Murphy from Tullamore.

Killian Smith from planning services told the meeting Inishowen had received the highest number of planning application of all the municipal districts in the county.

Cllr Farren said the withdrawal of planning services from Carndonagh Public Service Centre was a bugbear of his.

“Looking at those 640 applications, Carndonagh Public Service Centre was put there for a purpose, to give the best service we possibly could to the people of Inishowen. I think more could be done within our public services centres, not just planning.

“One of the things I would like to see returned to the public service centre in Carndonagh would be the planning section. As a public representative, I used to be able to go into the planning section if I had a problem and they would get the files out, look at them and see what was happening, so I could get back to the people who had contacted me. It made it much easier.

“I think we should look at the possibility of getting our planning section returned to Carndonagh. The public service centre was put there for a purpose. We need to have a look and see what we can bring into it. To me, it is quite empty at the moment. There is an awful lot of potential there which need to be used. The centre was put in Carndonagh, in the centre of the peninsula, so people could use it,” said Cllr Farren.

Responding to Cllr Farren, John McLaughlin, Donegal County Council's chief executive acknowledged the centralisation of planning had come up every now and then at Inishowen Municipal District meetings over the years.

Mr McLaughlin said: “The decision to decentralise planning again would be a big one for the Council. It involved a lot of thinking, a lot more than just a chat at a municipal district meeting, in terms of the structures of delivery.

“We had it decentralised some years ago and then it was recentralised after a fair bit of studying and pressures to make it more efficient and not dilute the thinking process.

“There are a lot of implications there. There is also the cost base that goes with decentralising. It requires more staff. That is not to say there is nothing positive about decentralisation.

“It is not something I would say yes or no to on a screen like this. There is a process. There are other Municipal Districts to consider. It would warrant a much more detailed discussion and an understanding of the implications, before any decision could be taken. It might, in time, work with some other thinking the Council is looking at, structures, delivery and so on. But, I don't want to mislead people here today. There is nothing currently in process looking at it, just to be clear, but that is not to say, we would not introduce some of them. I would be particularly interested, after Covid eases, in what are the weak things that could be strengthened perhaps with the current structure and try and get the best of both worlds,” said John McLaughlin.