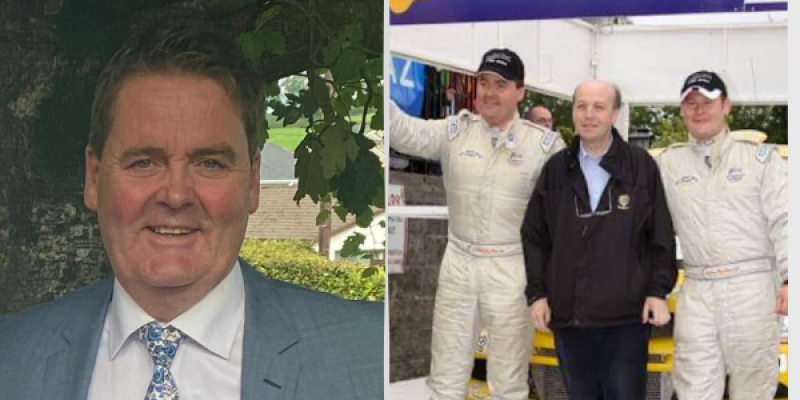 Tributes have been paid to popular Convoy businessman and rally driver Danny MacBride, who has died.

The 50-year-old was one of the proprietors of the successful MacBride Bros Joinery, founded in 1993.

A keen motorsport enthusiast, Danny was a long-time competitor in tarmac rallies. Since the 1990s he competed in the Donegal International Rally and rallies across the country on a regular basis.

In 2008, he won Group N in the Donegal Harvest Rally in a VIII Lancer. He competed first in a Suzuki Swift and most recently competed, with his son Evan calling the notes, in a Honda Civic.

“It is with great sadness we learned of the passing of esteemed club member Danny MacBride,” the Donegal Motor Club said in a statement.

“Danny was a tough competitor whether in his Suzuki Swift, Mitsubishi Evos or Honda Civics his times were always amongst the best in class. Sending our condolences to his family and friends. RIP Danny.” 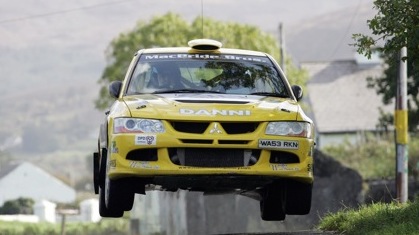 Outside of motorsport, he was a keen motorcyclist and was a strong supporter of all things in his local community.

Convoy Arsenal Football Club said: Our club is greatly saddened by the death of Danny MacBride and we pass on our sincerest sympathy to Yvonne, Christopher, Louise, Daniel, Evan and Eamonn and to Danny's mother Eilish, grandson Harry and the extended MacBride family.

“Danny was a larger than life character in our community and was always to be seen in Orchard Park and at pitches throughout the county supporting our club and his children all through the years. As a mark of respect all club activities have been suspended until next week. Rest in Peace Danny, you will be sorely missed.”

Predeceased by his father, Eamonn, ‘The Convoy Cowboy’ in 2008, Danny is survived by his wife Yvonne, son Christopher and partner Eimhear, son Daniel and partner Naomi, sons Evan and Eamonn, daughter Louise and partner Philip, and grandson Harry, his brothers, sisters, extended family circle, neighbours and many friends.

Danny’s remains will repose at his late residence from 6pm on Friday evening. Funeral leaving from there on Sunday at 1.15pm for 2pm funeral Mass in St Mary’s Church Convoy followed by interment in the new cemetery.

House private to family and close friends only please. Family flowers only, donations in lieu if desired to the oncology, haematology and ICU units Letterkenny University hospital care of any family member or Terence McClintock, Funeral Director, Convoy.