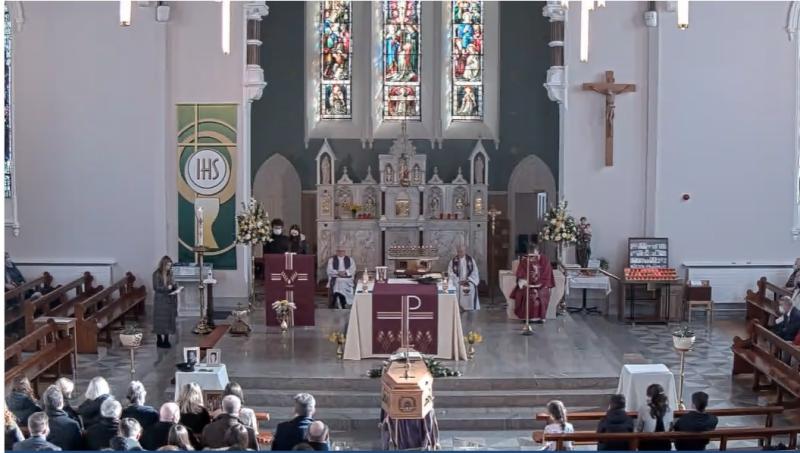 A native of Strokestown in Co Roscommon Supt Duffy was the Garda Superintendent in Ballyshannon, having been appointed an Inspector there in 1984, Superintendent in 1991, before taking up retirement back in 1998.

Removal from his home in Bundoran took place on Monday to the Church of Our Lady Star of the Sea, Bundoran for Mass of the Resurrection, with a guard of honour being formed by garda colleagues past and present, while members of the public acknowledged  their respect as they lined the streets from the West End on his last journey to a Church that he was very familiar with.

A few items from his life were placed by younger members of the family at the altar including his Garda hat, a family photograph, his passport recognising his fondness for travel and a packet of cards representing all his hobbies.

At the outset, Canon Munster said that the deceased was a very religious person and that prayer was a very important part of his life and his Funeral Mass was an opportunity to use his example, as we think about life. He had served as a Eucharust Minister in the parish for many years.

In his Homily, he told mourners about the Christian meaning of the name Michael and of its Hebrew origins, ‘a gift from God representing God against the forces of evil’.

After joining An Garda Siochana, deceased served in Clones, where he met his wife Maeve and they married in 1963.

“Those were very, very difficult years in this general area. The pressure on an Inspector and Superintendent and all of his colleagues at that time was very great indeed. 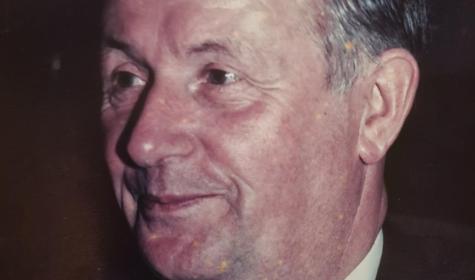 “And when you were the leader of your people at work for An Garda Siochana at that time, the pressure must have been great.”

“The activities of members of a Garda Siochana is not known publicly, but Michael’s contribution must have been excellent, because he moved up through the ranks to the top level and I am sure that he left behind a very significant contribution in all the areas in which he served,” Canon Munster said.

He said that many families in Bundoran and Ballyshannon would acknowledge the help Michael gave them behind the scenes; often quietly directing “many people away from badness and towards what was good in life”.

In his retiring years, he gave total and personal commitment to his good wife Maeve and to his family. Canon Munster spoke of the family sadness following the death of daughter Collette, “but Michael and Maeve were able to help her in her final times and they supported her and her family very well.”

Walking and gardening were two other passions that he followed, with hobbies ranging from golf to cards.

Canon Munster added: “God always wants us to put our faith into action in a way which is sincere and which is quiet and Michael always did that, never looking for any reputation or any public association with what he did, but he was a very very charitable man and he helped many charitable groups in Bundoran and Ballyshannon over many years.”

He also spoke of his personal friendship with the late Supt and his wife and their mutual link through Clones.

“The parish will really miss him but his faith will take him to heaven.”

Michael was predeceased by his beloved daughter Colette Carney, his parents John and Marcella, brother Gerry and sister Marie.

He is survived by his loving wife Maeve, sons Joe and Oliver, daughters Breege, Maeve, Aileen, Laura and Rachel, daughters-in-law, sons-in-law, his beloved 19 grandchildren, brothers Tom, Dominic, Gabriel and Anthony, sister Marcella, brothers-in-law, sisters-in-law, nieces, nephews and all his many relatives, neighbours, friends and past colleagues.