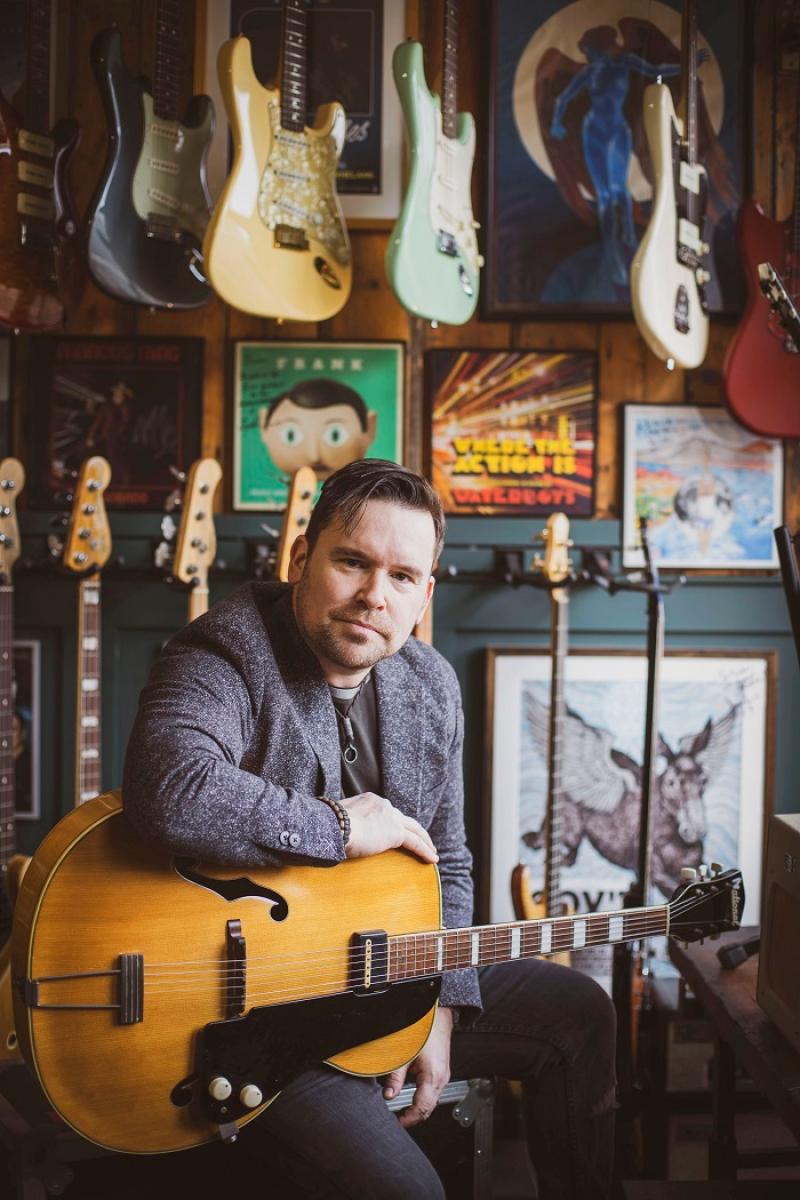 Rory Gallagher is back. The ex Revs front man who survived lockdown by singing to tens of thousands of fans online, is swapping the screen for the stage with a live tour and new album. And he's buzzing to get out and do what he does best!

And thankfully for his legion of fans a short one day stint as an Amazon delivery driver as Covid decimated the entertainment sector was quickly replaced by a host on online concerts that led both him and us on the straight and narrow.

That new driving career lasted just a day before he dusted off his acoustic guitar and took to social media, entertaining an army of fans starved of live music every weekend.

Now the ‘Jimmy’s Winning Matches’ hitmaker, 43, is back on the road with a new album, ‘Centre Falls Apart’ - the first released on the Voices of the Sea label this Friday - and an Ireland and UK tour which includes Letterkenny on April 22.

“I noticed a lot of musicians on Facebook doing live gigs, so I tried it and made more in two hours than I would driving the van for the whole week. The Amazon job lasted a day,” said the Kilcar singer/songwriter.

“So online gigs provided our income, we moved over to Scotland and that was paying the rent, it kept us going for the whole year and I began to enjoy it, it was so much more intimate and quiet and I think it made me a better artist.

Covid-19 hit the father-of-two particularly hard - he and Scottish wife Cara had to hand back the keys to a new music venue, The Wildcat, which they planned to open in Edinburgh just as lockdown struck.

But every weekend since, he has played Facebook Live gigs to a huge audience and also reached No 1 in the Irish iTunes charts with ‘When the Lights go Down’ in November 2020.

Gallagher, who performs under the project name Rory and the Island, didn’t stop there – breaking records by performing a mammoth eight-hour Facebook Live gig in August 2020, earning him worldwide plaudits.

His first post-lockdown gig was in The Dublin Castle in Camden, London, last August; now he has more than dozen lined up across Ireland and the UK.

“The first gig back was magic, I had forgotten the feeling; it feels like surfing when there’s a big crowd singing the lyrics back to you, it becomes a wave effect in the room, you’re actually getting carried by them.”

‘Centre Falls Apart’ was largely born from the struggles of lockdown and the resilience people needed to counteract it – but there are lighter numbers, including ‘Donna Don’t Take My Summer’.

His recording and stage name, Rory and the Island, is a reference to his move to Lanzarote after indie group The Revs, which achieved two top five albums in Ireland, disbanded.