‘Donegal should do what it can’ to help with refugee crisis, county council cathaoirleach says 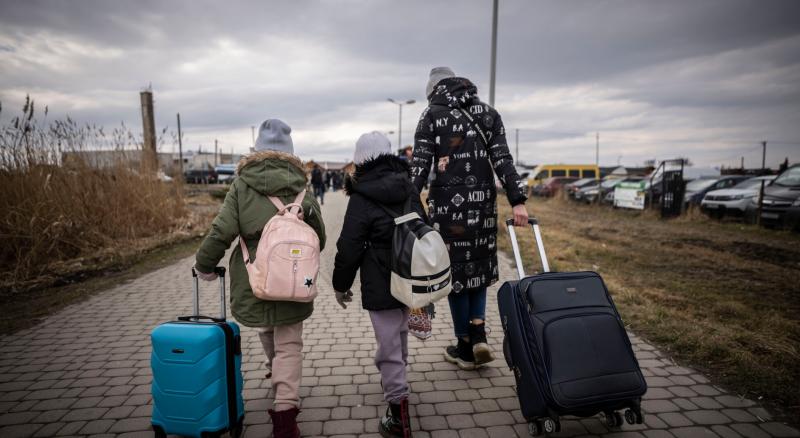 There have been estimates that up to 100,000 people fleeing Ukraine could come to Ireland

Donegal should do what it can to help with the humanitarian crisis Europe is facing following the Russian invasion, the cathaoirleach of Donegal County Council has said.

Around 1.5 million people have fled Ukraine and Ireland is expected to be asked to accommodate around 20,000 people for every million seeking refuge in the EU.

There have been estimates that up to 100,000 people fleeing Ukraine could come to the country.

Cllr Jack Murray said on Wednesday that he is not aware of any conversations about the number of refugees that could come to the county although he expected that the council’s housing department would be “contacted very soon”.

Hundreds of children among 2,500 Ukrainians to have arrived in Ireland so far

“It is inevitable and I do think Donegal should do its bit for the worst humanitarian crisis in Europe since the turn of the last century,” he said. “We have our part to play and we should do everything we can to support people in desperate need.”

Everyone in the county he has spoken to wants to do their bit and help out, he said.

There is concern in parts of the county, especially in Inishowen, that there is no surplus housing capacity to house refugees due to the mica crisis, he added.

He said he expected the number of refugees coming to Donegal would be “relatively small”.

“I would imagine that Dublin and the large cities will take the bulk of them. If any do come to Donegal they will be in small numbers.”

With the Irish Red Cross calling for Irish people to accommodate refugees in their homes and spare accommodation, Cllr Murray said he expected families in Donegal to respond.

“If families are opening up their own homes they need all the support they can get because they are being so welcoming and so charitable.”