Seriousness of situtation highlighted by councillors 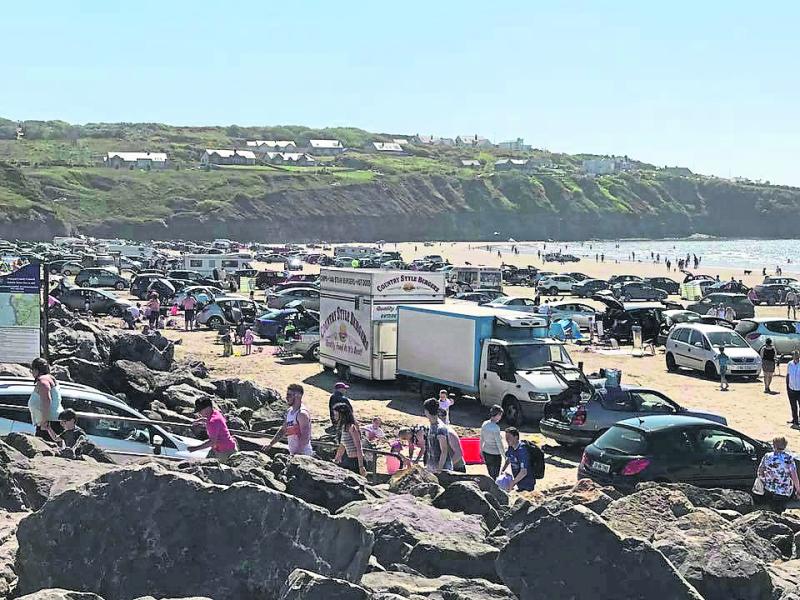 Rossnowlagh beach at its busiest during the summer Photo Valerie McCrea

The high speed chase on Rossnowlagh beach last Sunday that saw gardaí having to chase two men on motorbikes has been described as “absolutely scandalous” and “completely unacceptable”' by local councillors when the incident was raised at Tuesday's meeting of the Donegal Municipal District.

Gardaí were alerted to the incident at approximately 3.15pm. A number of motorcycles were observed driving dangerously along the beach at this time and had failed to stop when requested to.

“As one of these motorbikes drove across the beach, one of the drivers came off his motorcycle. Whilst on foot, the driver struck an approaching garda member in the face. The man attempted to run away but was pursued by gardaí and arrested shortly afterwards," said a garda spokesman.

“The man, aged in his 20s, was detained at Ballyshannon Garda station. This male was charged with Road Traffic Offences and has been released on station bail to appear before Ballyshannon District Court on Friday April 1. Investigations in relation to the incident are ongoing.

“Separately, the driver of a car, a man in his late teens, was also arrested at the same location for dangerous driving offences. This male was charged with Road Traffic Offences and has been released on station bail to appear before Ballyshannon District Court also on April 1.”

At Tuesday's meeting Cllr Noel Jordan described the behaviour of the two motorcyclists as “absolutely scandalous” and “reckless”.

He said the council had talked for years about the numbers parking at Rossnowlagh beach and even though there were designated areas for certain users such as the disabled and farmers, the volume on the beach itself needed to be looked at again.

“I'm not saying this type of behaviour happens on a regular basis but anyone could have been killed on that beach last Sunday. When the guy who wasn't caught came down the ramp again you could see there were children playing on the beach and he just missed them while doing about 100km/h. It was crazy, crazy stuff.”

MD cathaoirleach Cllr Barry Sweeny said the activity of the two motorcyclists and a car was “completely unacceptable”.

He commended the gardaí for their action including having the slip blocked off.

“I understand the guy who got away had to travel along the coastline from Rossnowlagh to Murvagh which is hard to believe. Whatever laws we have for the beach those guys are going to break them anyway,” he said.

He added the incident had opened the question of whether Rossnowlagh should be open or closed to vehicles at all even though the council had invested in additional car parking spaces there.

“I know I, more than anyone, would like to see the cars off the beach during those crazy days when there are a lot of people around. When it is busy, unfortunately, there is nowhere else for them to go,” he said.