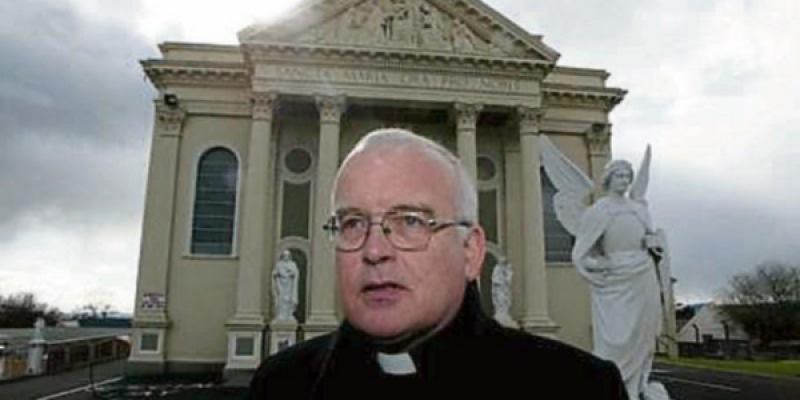 A Donegal priest said he got a ‘thrill’ out of seeing a lorry drive into the gates of the Russian embassy this week.

Buncrana-based priest Fr John Walsh told parishioners that he ‘wouldn’t have minded’ being in the truck.

His actions, which he said were an attempt to force out the Russian Ambassador, were supported by Fr Walsh.

“We live in absolutely wretched times, but I got a bit of a thrill when I saw Wisely’s lorry being backed through the gates of the Russian embassy,” Fr Walsh said.

“Wisely’s lorry is here in Buncrana once a month. It delivers ecclesiastical goods to us, for example the hosts used in Mass.”

Fr Walsh told how, in February 1972, he was in Dublin on the day the British embassy was burned, three days after the Bloody Sunday massacre.

Fr Walsh said: “I have no regrets about that. I was talking to my brother-in-law, who was unknown to me because I didn’t know him at that time, and he was also present and he had no regrets. I wouldn’t have minded to have been in the cab of Wisely’s lorry when it went through those gates.”

After a brief appearance in court, Wisley issued a statement in which he spoke about the Russian Ambassador to Ireland, Yury Filatov.

Wisley said: “If he is going to continue spreading lies about the war and not tell Putin that enough is enough and to stop the war for the sake of the children, then I ask the Irish Government to expel the ambassador and his staff back to Russia."