New harbour plans will change the face of this area

Has the success of the Wild Atlantic Way put the final nail in the coffin as far as Burtonport's close association with the fishing industry is concerned?

That is the question many locals are asking this week as they watched the iconic Burtonport Fishermen's Co-operative building at the harbour reduced to rubble.

It's one of a number of builds that have been removed or will be removed shortly.

Some locals said they felt sad to see the Port being turned into a car park and ferry terminal.

"I miss the hustle and bustle of boats, and food from Dinny’s going into the boats, ice and fish weighing. Progress is good, investment is good but this just seems to be a bypass of sorts straight through the Port," said one observer.

The co-operative building was the hub for the busy salmon fishing industry landing up to 10,000 salmon per day during the season before they were auctioned then dispatched to Dublin to be smoked then distributed all over the UK and the rest of the world.

The building also served as an auction hall, a cinema, a dance hall (Steamboat Shed), a festival office and lately a storage facility. 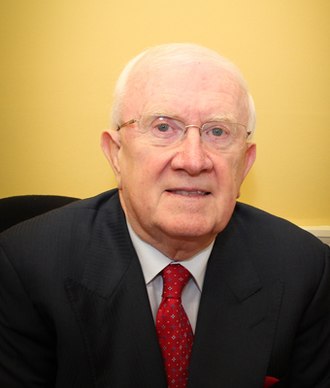 Former MEP, TD and Burtonport native Pat The Cope Gallagher (above) said he had many memories of this particular area having been born yards from it in the building now known as Campbell's shop.

"When it's finished there will be a beautiful vista of the sea and islands. I remember working in Burtonport as a student in the late 60s and later full-time in the fish processing industry with Campbell's Seafoods where they were sold as a high quality smoked Irish salmon.

He added he was in Burtonport on Wednesday as he viewed the site and thought of all who had worked there who had since gone to their eternal reward.

"The demolition will provide a new vista and will be improved upon when the development work is finished. There are still some white fish, lobster and crab still landed in the Port so not all is lost. I hope the industry and tourism can work hand in hand going into the future," he said.

Plan
According to Donegal County Council's Ailt an Chorráin (Burtonport) Harbour Redevelopment plan for this area of the village, the demolition of the existing buildings is to facilitate the realignment of the road and the provision of additional parking spaces and improve traffic flow on the pier.

The plan states the harbour, which is already restricted for space, becomes very congested and leads to hazardous conditions for all harbour users, particularly the fishermen and boat users.

They view it as a means to regenerate a maritime gateway to Árainn Mhór island.

The council plan adds this project will deliver opportunities for economic, social and cultural renewal, increasing footfall in the area and improving the overall experience of those using the harbour, in turn strengthening the emerging tourism potential of the area and driving economic recovery through the creation of employment opportunities.

A Phase 3 of the project is also under consideration with regard to improved services for smaller boat berthing and/or improved access to the shore/harbour.